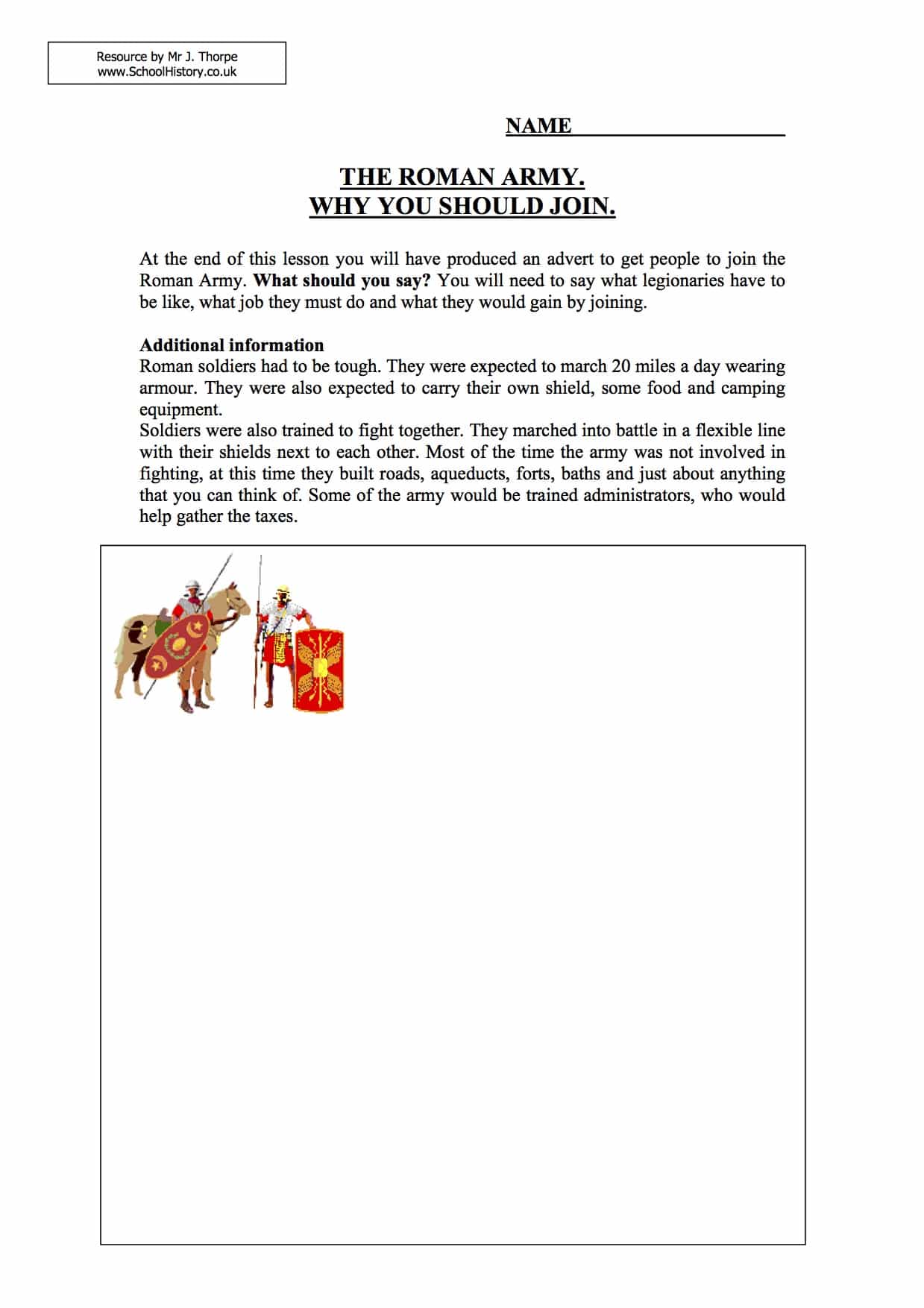 At the end of this lesson you will have produced an advert to get people to join the Roman Army. What should you say? You will need to say what legionaries have to be like, what job they must do and what they would gain by joining.

Roman soldiers had to be tough. They were expected to march 20 miles a day wearing armour. They were also expected to carry their own shield, some food and camping equipment.

Soldiers were also trained to fight together. They marched into battle in a flexible line with their shields next to each other. Most of the time the army was not involved in fighting, at this time they built roads, aqueducts, forts, baths and just about anything that you can think of. Some of the army would be trained administrators, who would help gather the taxes.