Do you want to save dozens of hours in time? Get your evenings and weekends back? Be able to teach about Julius Caesar to your students? 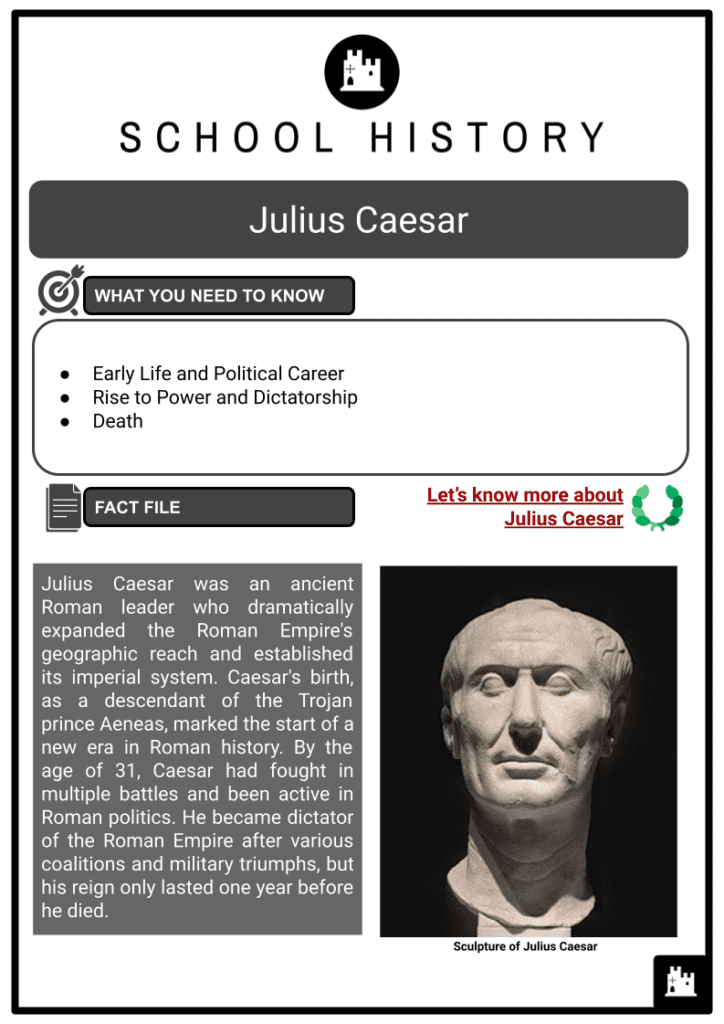 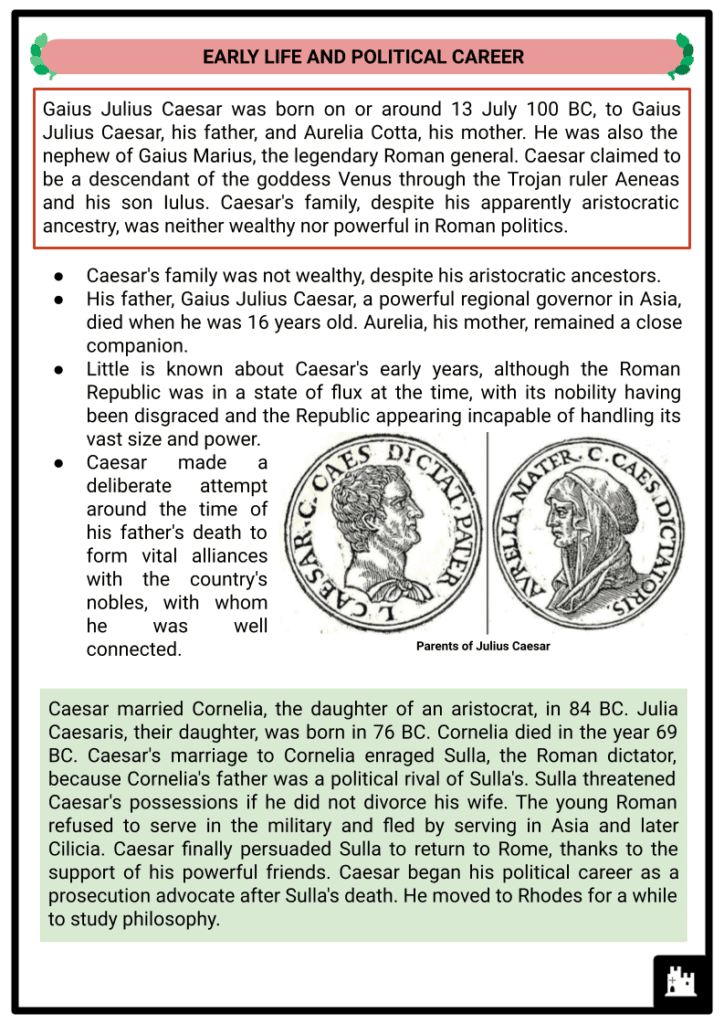 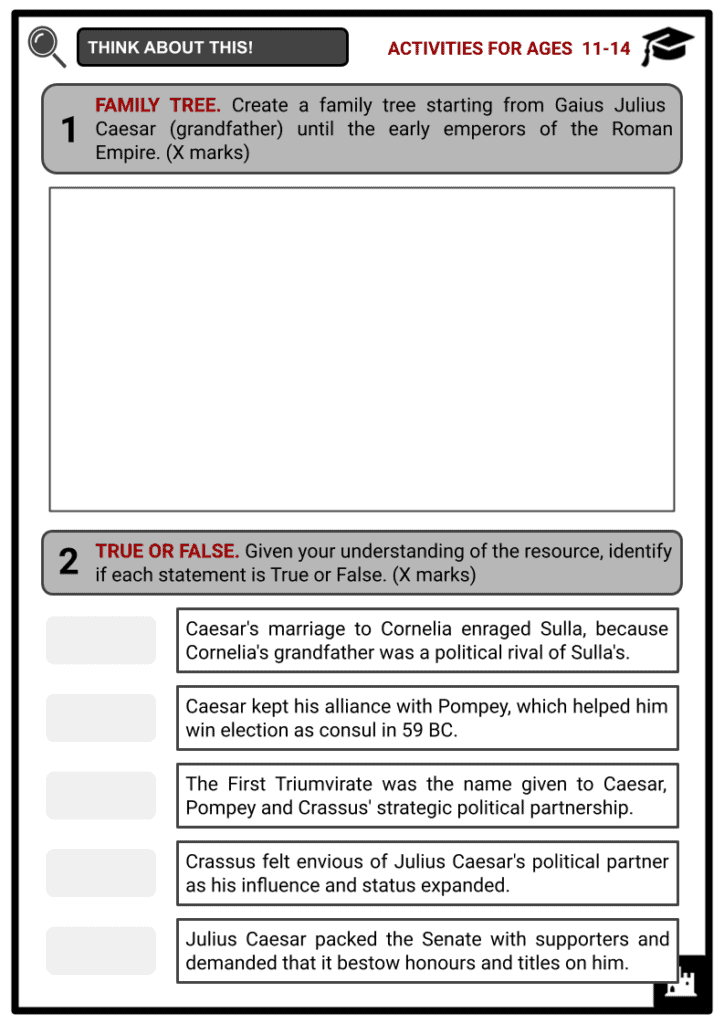 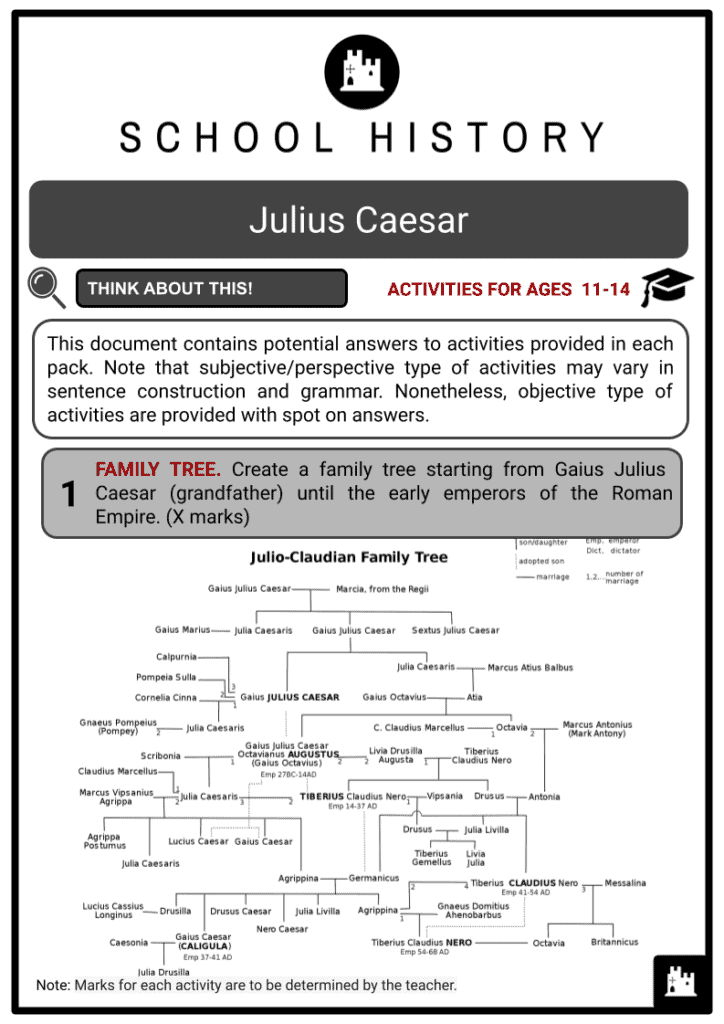 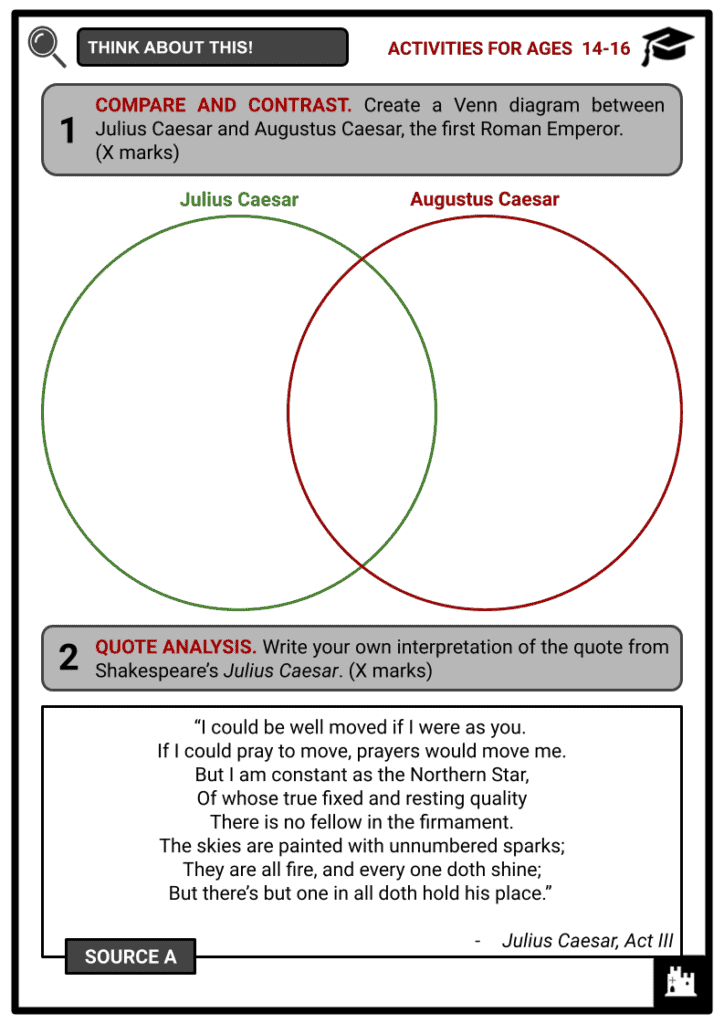 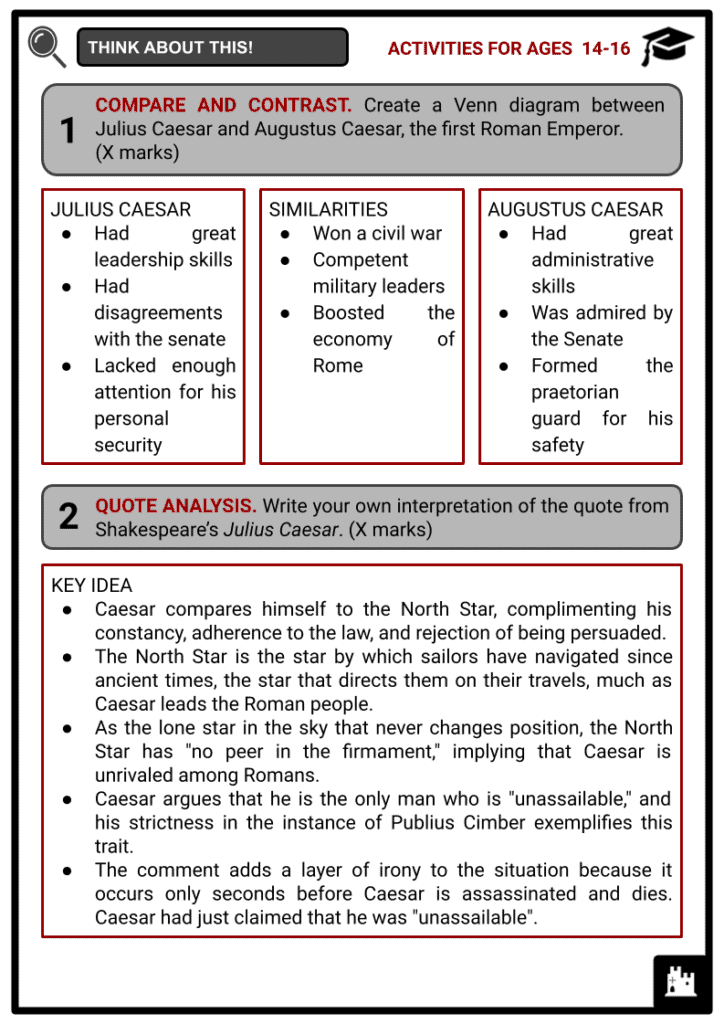 Julius Caesar was an ancient Roman leader who dramatically expanded the Roman Empire's geographic reach and established its imperial system. Caesar's birth, as a descendant of the Trojan prince Aeneas, marked the start of a new era in Roman history. By the age of 31, Caesar had fought in multiple battles and been active in Roman politics. He became dictator of the Roman Empire after various coalitions and military triumphs, but his reign only lasted one year before he died.

RISE TO POWER AND DICTATORSHIP