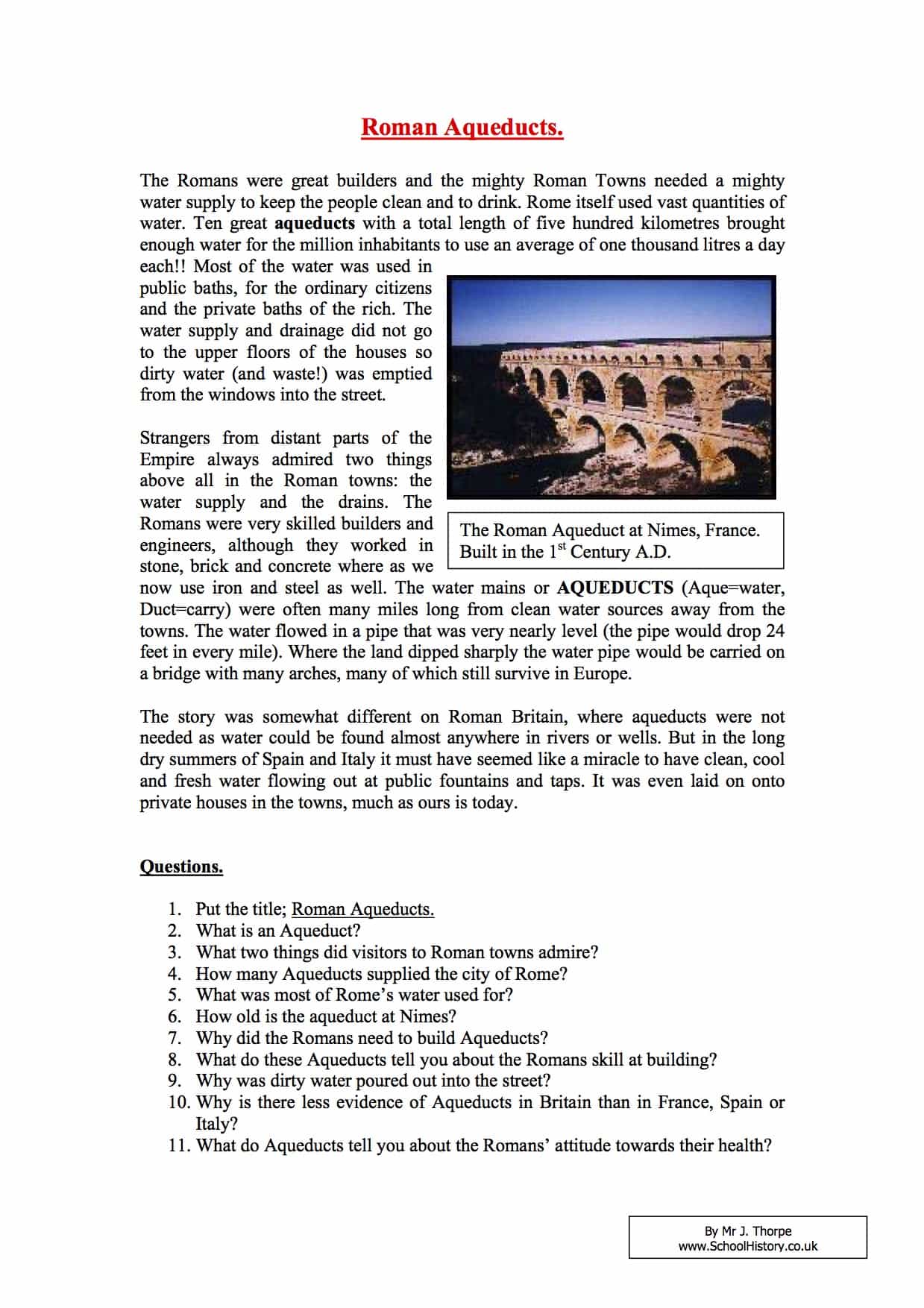 The Romans were great builders and the mighty Roman Towns needed a mighty water supply to keep the people clean and to drink. Rome itself used vast quantities of water. Ten great aqueducts with a total length of five hundred kilometres brought enough water for the million inhabitants to use an average of one thousand litres a day each!! Most of the water was used in public baths, for the ordinary citizens and the private baths of the rich. The water supply and drainage did not go to the upper floors of the houses so dirty water (and waste!) was emptied from the windows into the street.

Strangers from distant parts of the Empire always admired two things above all in the Roman towns: the water supply and the drains. The Romans were very skilled builders and engineers, although they worked in stone, brick and concrete where as we now use iron and steel as well. The water mains or AQUEDUCTS (Aque=water, Duct=carry) were often many miles long from clean water sources away from the towns. The water flowed in a pipe that was very nearly level (the pipe would drop 24 feet in every mile). Where the land dipped sharply the water pipe would be carried on a bridge with many arches, many of which still survive in Europe.

The story was somewhat different on Roman Britain, where aqueducts were not needed as water could be found almost anywhere in rivers or wells. But in the long dry summers of Spain and Italy it must have seemed like a miracle to have clean, cool and fresh water flowing out at public fountains and taps. It was even laid on onto private houses in the towns, much as ours is today.