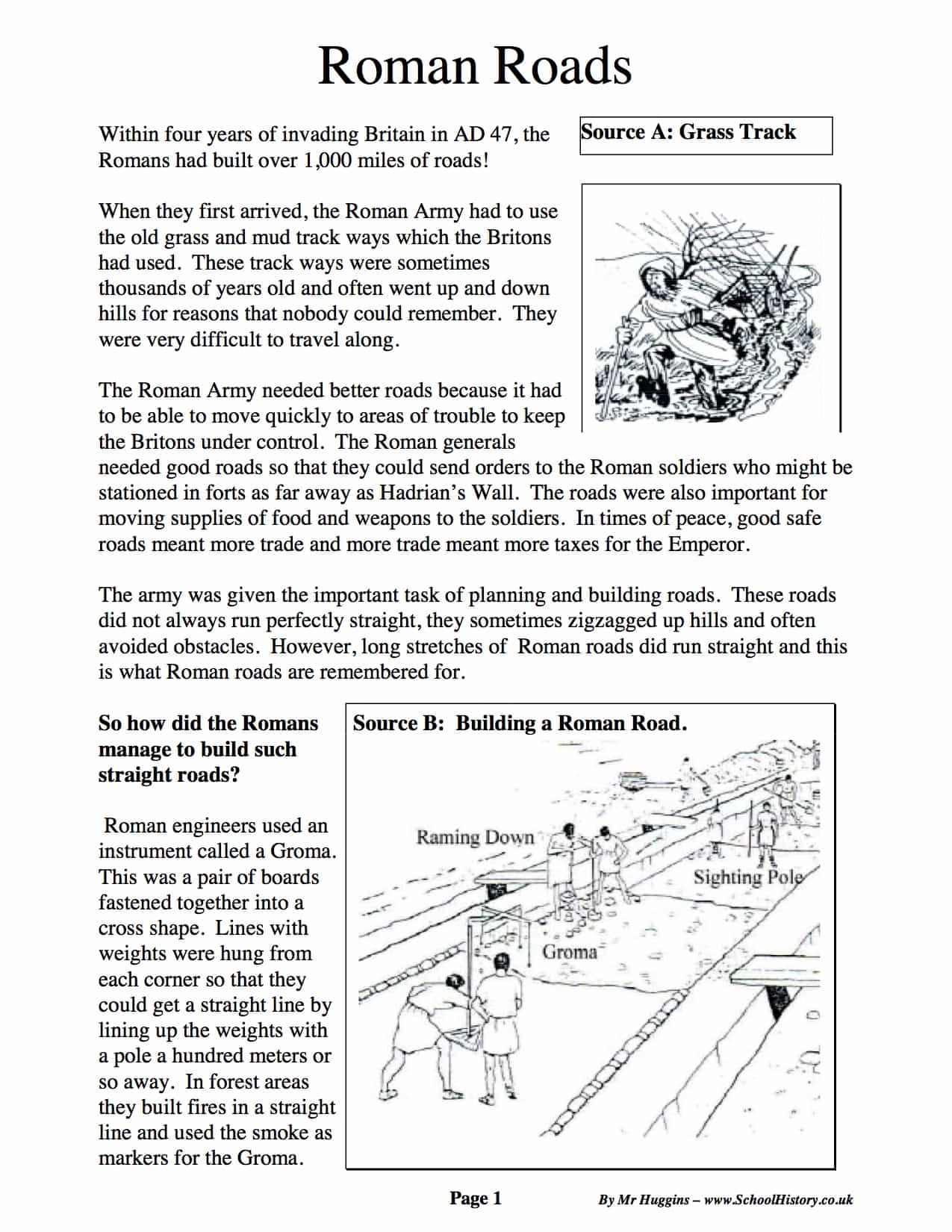 Within four years of invading Britain in AD 47, the Romans had built over 1,000 miles of roads!

When they first arrived, the Roman Army had to use the old grass and mud track ways which the Britons had used. These track ways were sometimes thousands of years old and often went up and down hills for reasons that nobody could remember. They were very difficult to travel along.

    The Roman Army needed better roads because it had to be able to move quickly to areas of trouble to keep the Britons under control. The Roman generals
needed good roads so that they could send orders to the Roman soldiers who might be stationed in forts as far away as Hadrian’s Wall. The roads were also important for moving supplies of food and weapons to the soldiers. In times of peace, good safe roads meant more trade and more trade meant more taxes for the Emperor.

The army was given the important task of planning and building roads. These roads did not always run perfectly straight, they sometimes zigzagged up hills and often avoided obstacles. However, long stretches of Roman roads did run straight and this is what Roman roads are remembered for.