Christianity in the Roman Empire 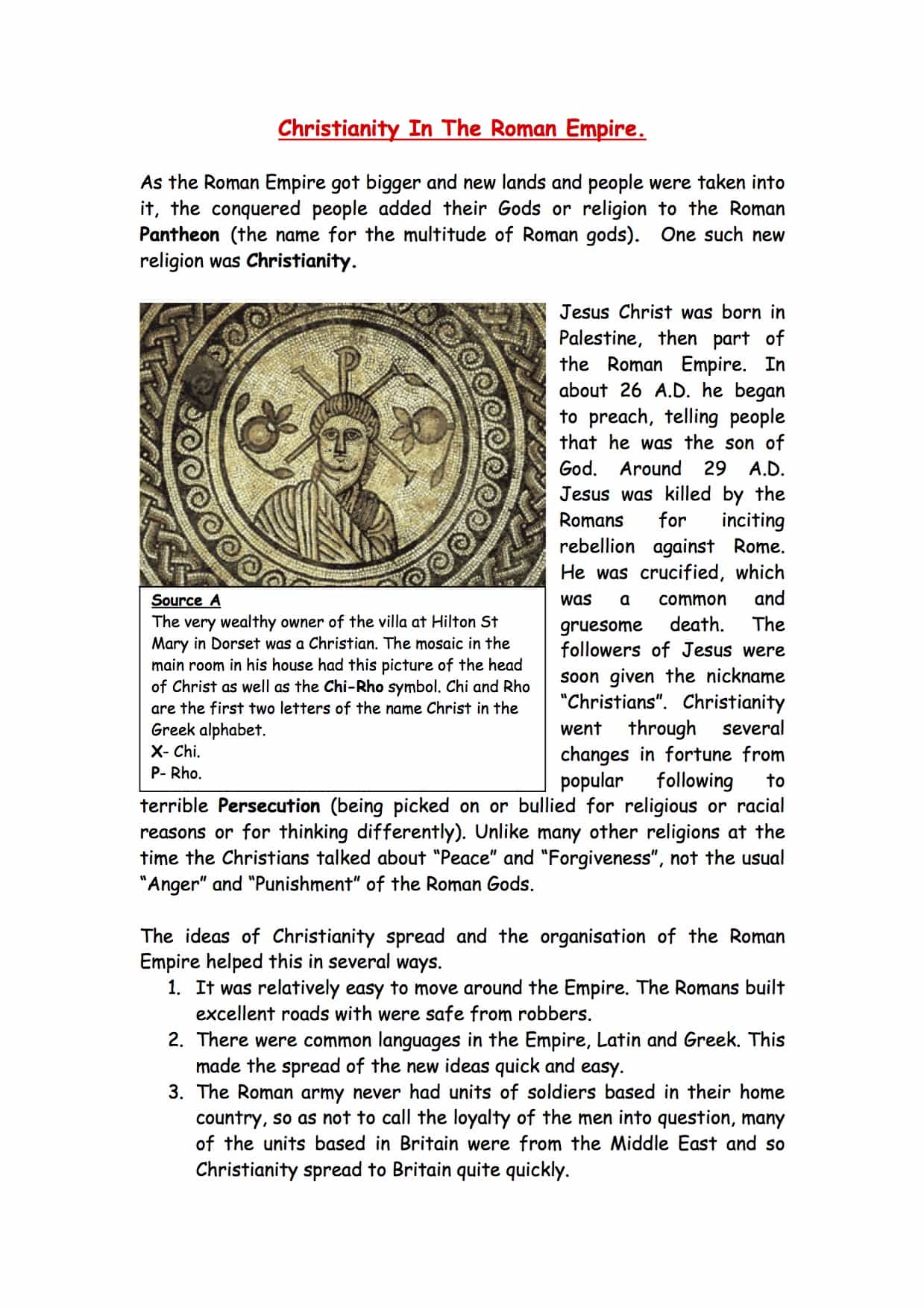 As the Roman Empire got bigger and new lands and people were taken into it, the conquered people added their Gods or religion to the Roman Pantheon (the name for the multitude of Roman gods). One such new religion was Christianity.

Jesus Christ was born in Palestine, then part of the Roman Empire. In about 26 A.D. he began to preach, telling people that he was the son of God. Around 29 A.D. Jesus was killed by the Romans for inciting rebellion against Rome. He was crucified, which was a common and gruesome death.

The followers of Jesus were soon given the nickname “Christians”. Christianity went through several changes in fortune from popular following to terrible Persecution (being picked on or bullied for religious or racial reasons or for thinking differently). Unlike many other religions at the time the Christians talked about “Peace” and “Forgiveness”, not the usual “Anger” and “Punishment” of the Roman Gods.