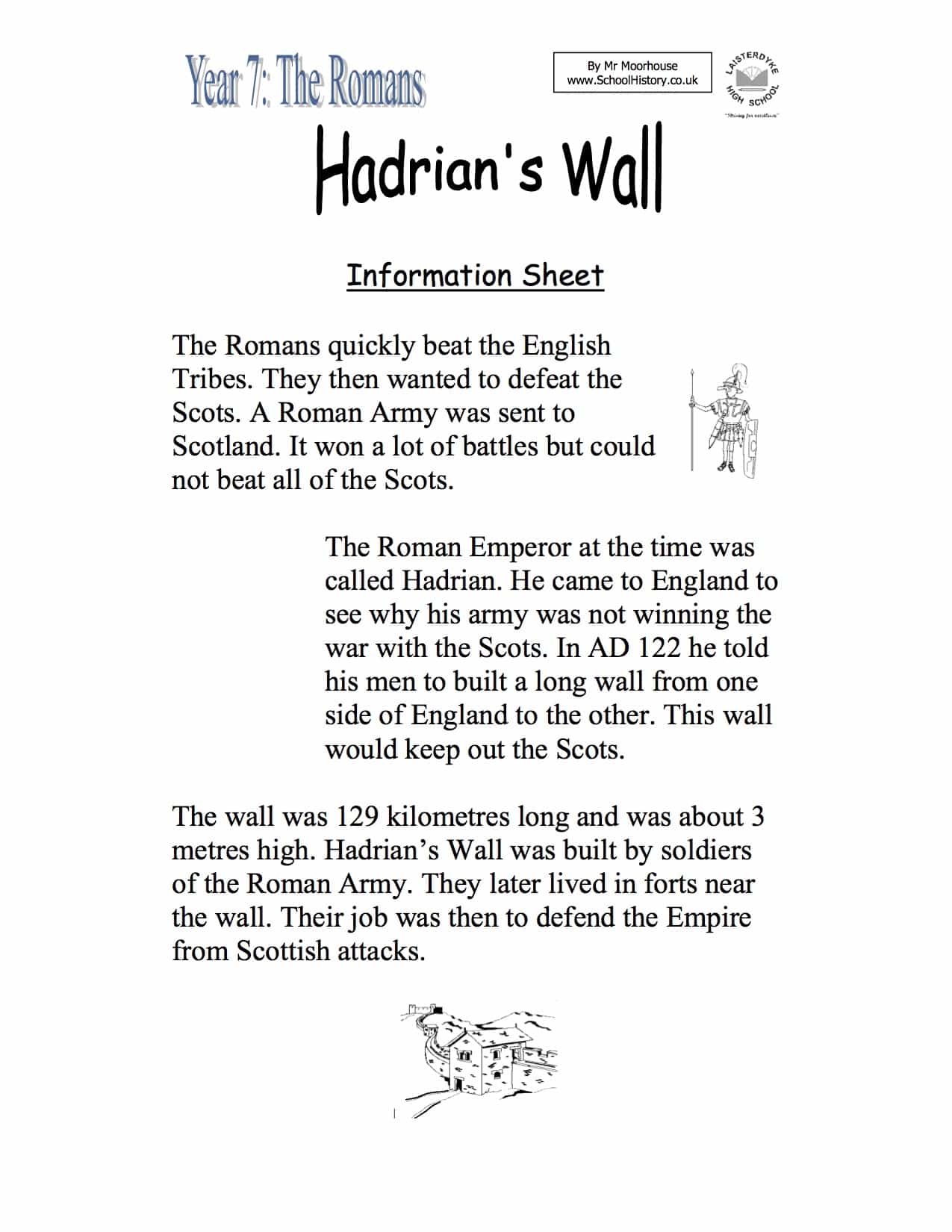 The Romans quickly beat the English Tribes. They then wanted to defeat the Scots. A Roman Army was sent to Scotland. It won a lot of battles but could not beat all of the Scots.

The Roman Emperor at the time was called Hadrian. He came to England to see why his army was not winning the war with the Scots. In AD 122 he told his men to built a long wall from one side of England to the other. This wall would keep out the Scots.

The wall was 129 kilometres long and was about 3 metres high. Hadrian’s Wall was built by soldiers of the Roman Army. They later lived in forts near the wall. Their job was then to defend the Empire from Scottish attacks.