Do you want to save dozens of hours in time? Get your evenings and weekends back? Be able to teach about the Stone Age to your students? 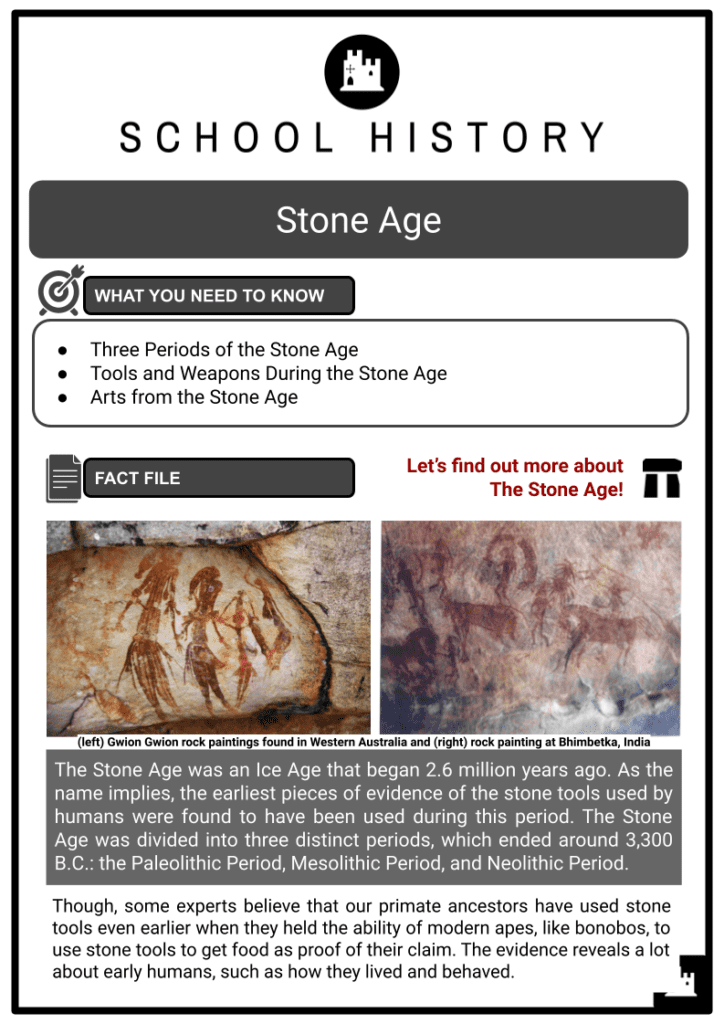 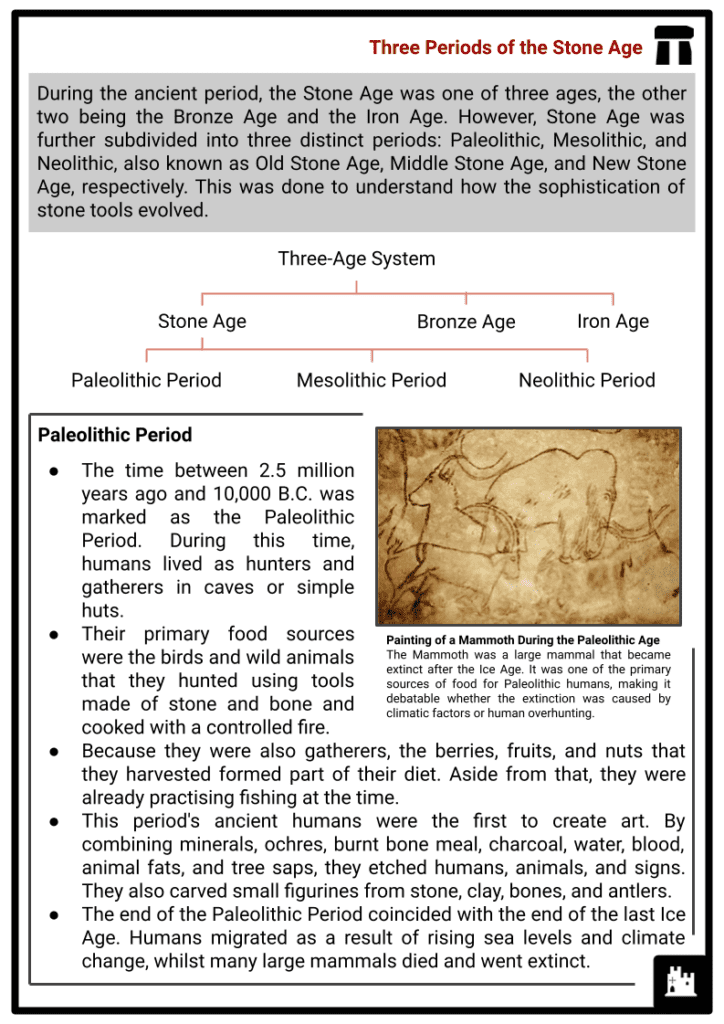 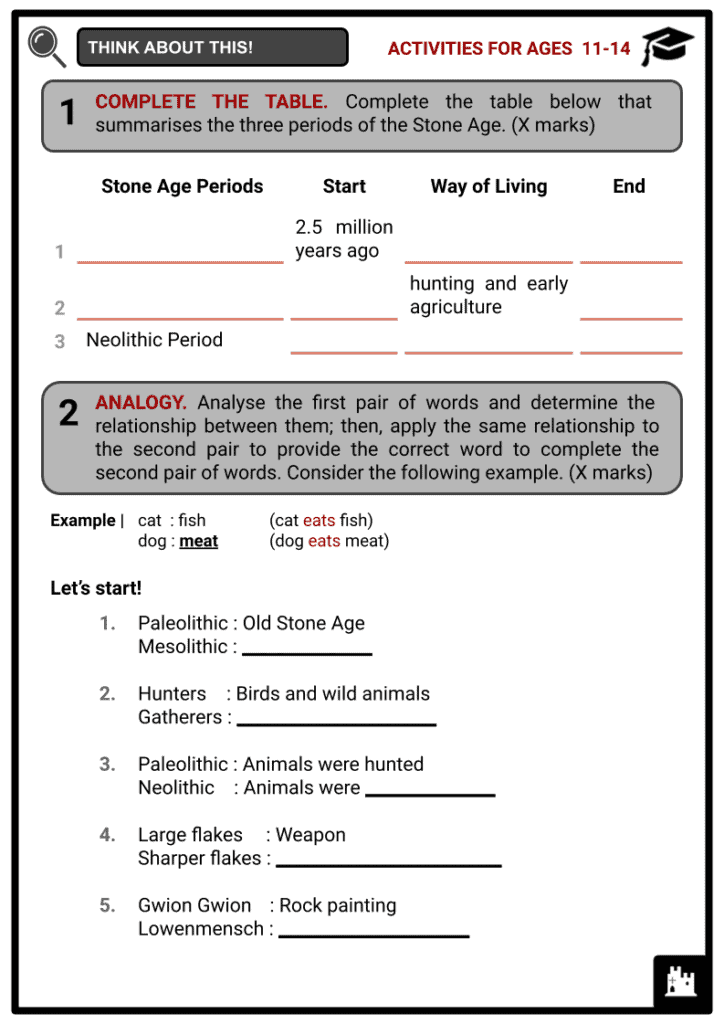 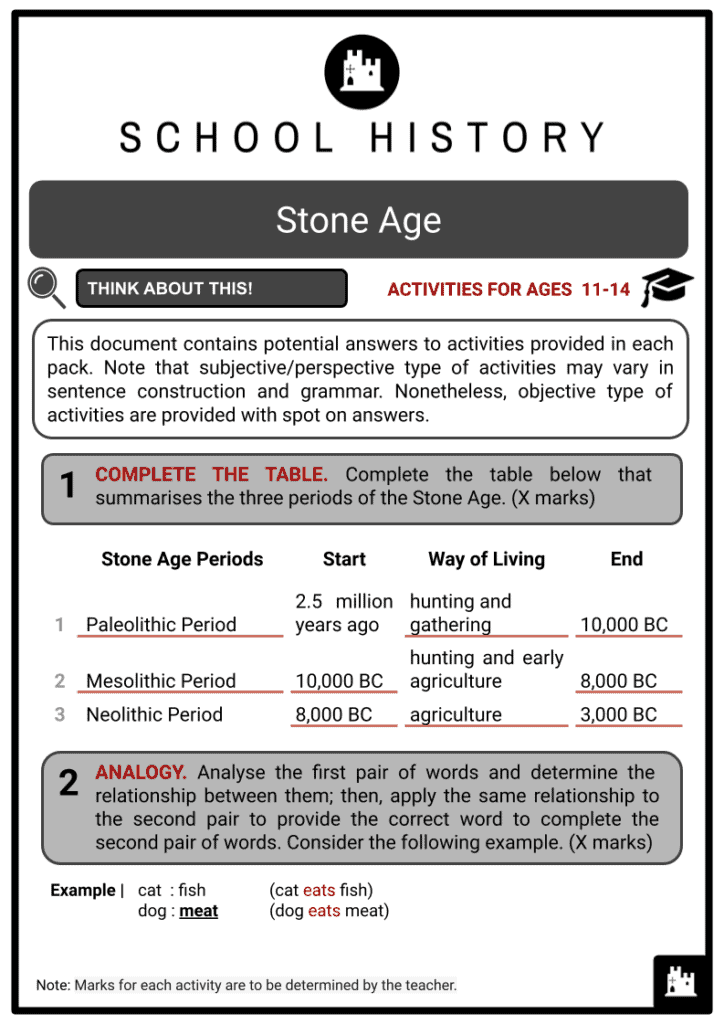 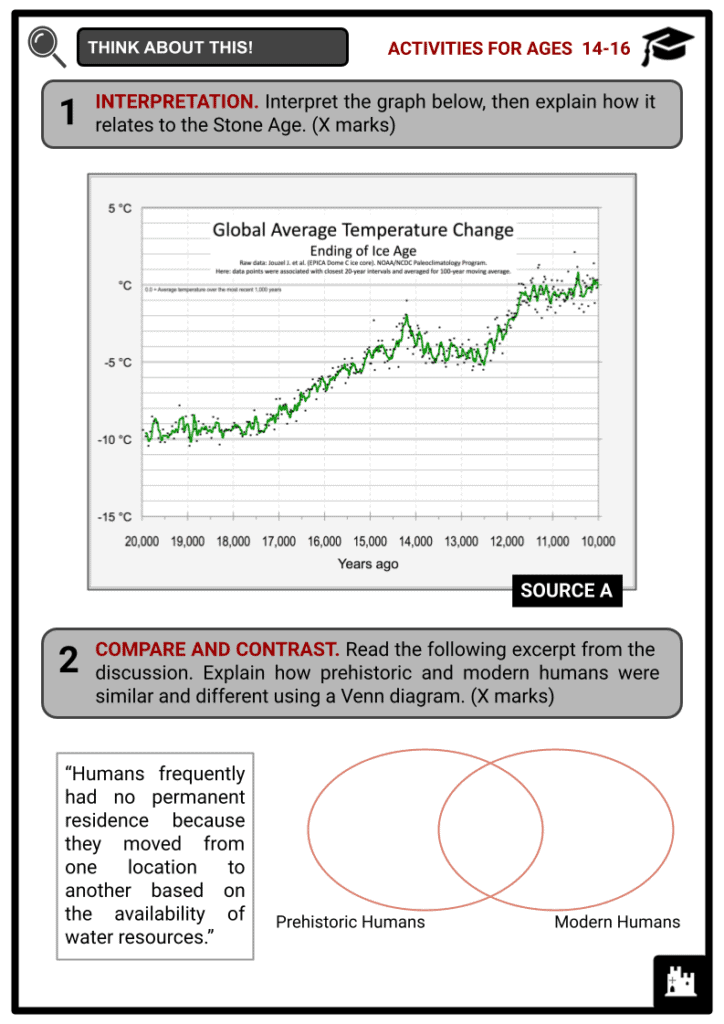 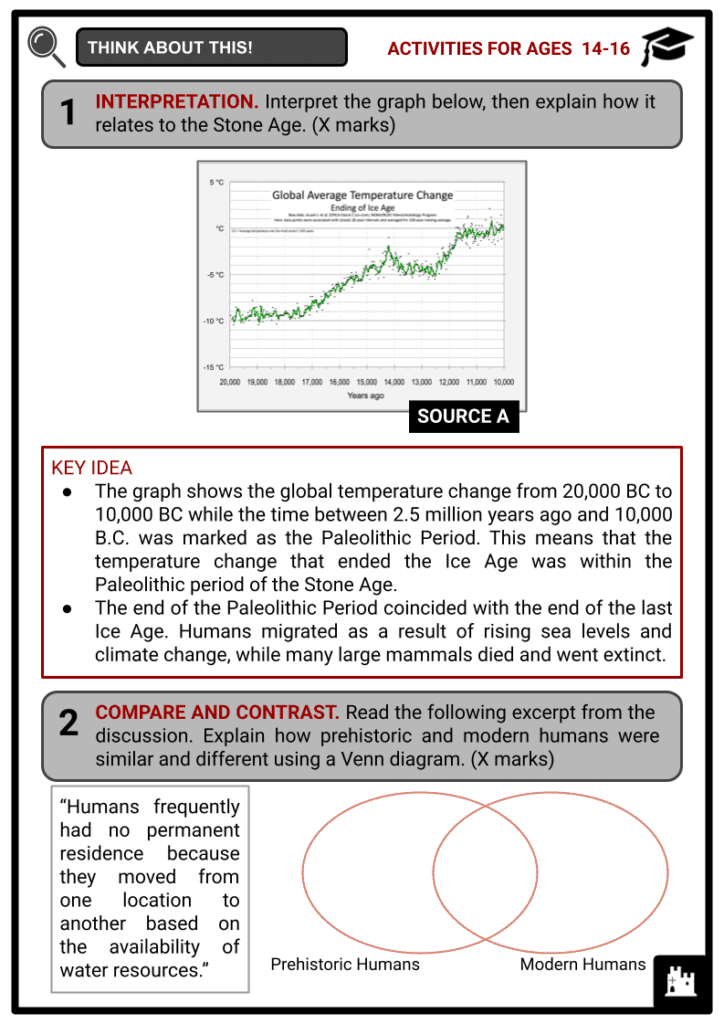 Let’s find out more about the Stone Age!

Though, some experts believe that our primate ancestors have used stone tools even earlier when they held the ability of modern apes, like bonobos, to use stone tools to get food as proof of their claim. The evidence reveals a lot about early humans, such as how they lived and behaved.

Three Periods of the Stone Age

During the ancient period, the Stone Age was one of three ages, the other two being the Bronze Age and the Iron Age. However, Stone Age was further subdivided into three distinct periods: Paleolithic, Mesolithic, and Neolithic, also known as Old Stone Age, Middle Stone Age, and New Stone Age, respectively. This was done to understand how the sophistication of stone tools evolved.

Tools and Weapons During the Stone Age

Arts from the Stone Age