The Roman Empire: How Did Rome Get Its Name?

School History > Ancient World > The Roman Empire: How Did Rome Get Its Name?
Free

Download The Roman Empire: How Did Rome Get Its Name? 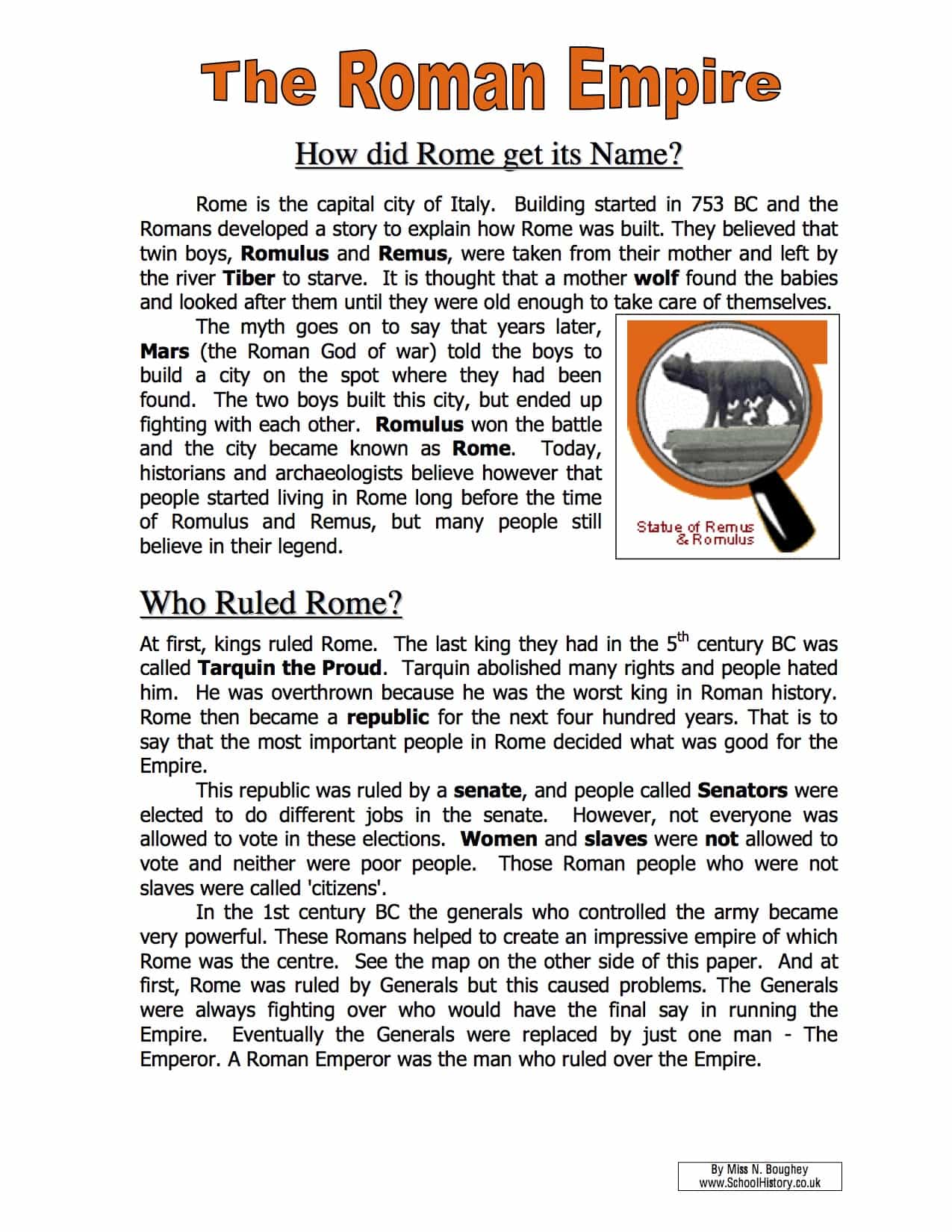 How did Rome get its Name?

Rome is the capital city of Italy. Building started in 753 BC and the Romans developed a story to explain how Rome was built. They believed that twin boys, Romulus and Remus, were taken from their mother and left by the river Tiber to starve. It is thought that a mother wolf found the babies and looked after them until they were old enough to take care of themselves.

The myth goes on to say that years later, Mars (the Roman God of war) told the boys to build a city on the spot where they had been found. The two boys built this city, but ended up fighting with each other. Romulus won the battle and the city became known as Rome. Today, historians and archaeologists believe however that people started living in Rome long before the time of Romulus and Remus, but many people still believe in their legend.

At first, kings ruled Rome. The last king they had in the 5th century BC was called Tarquin the Proud. Tarquin abolished many rights and people hated him. He was overthrown because he was the worst king in Roman history. Rome then became a republic for the next four hundred years. That is to say that the most important people in Rome decided what was good for the Empire.

This republic was ruled by a senate, and people called Senators were elected to do different jobs in the senate. However, not everyone was allowed to vote in these elections. Women and slaves were not allowed to vote and neither were poor people. Those Roman people who were not slaves were called ‘citizens’.
In the 1st century BC the generals who controlled the army became very powerful. These Romans helped to create an impressive empire of which Rome was the centre. See the map on the other side of this paper. And at first, Rome was ruled by Generals but this caused problems. The Generals were always fighting over who would have the final say in running the Empire. Eventually the Generals were replaced by just one man – The Emperor. A Roman Emperor was the man who ruled over the Empire.