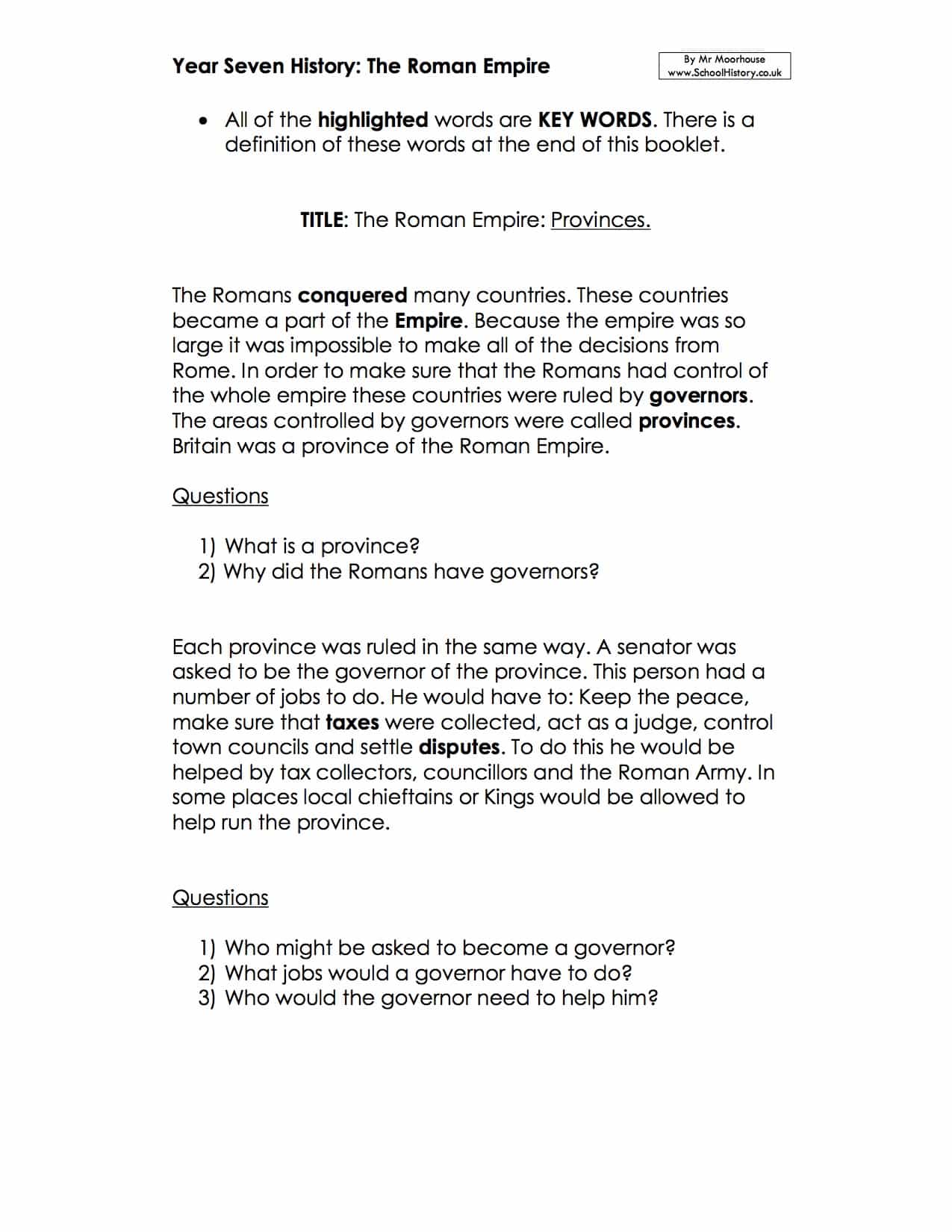 The Romans conquered many countries. These countries became a part of the Empire. Because the empire was so large it was impossible to make all of the decisions from Rome. In order to make sure that the Romans had control of the whole empire these countries were ruled by governors. The areas controlled by governors were called provinces. Britain was a province of the Roman Empire.