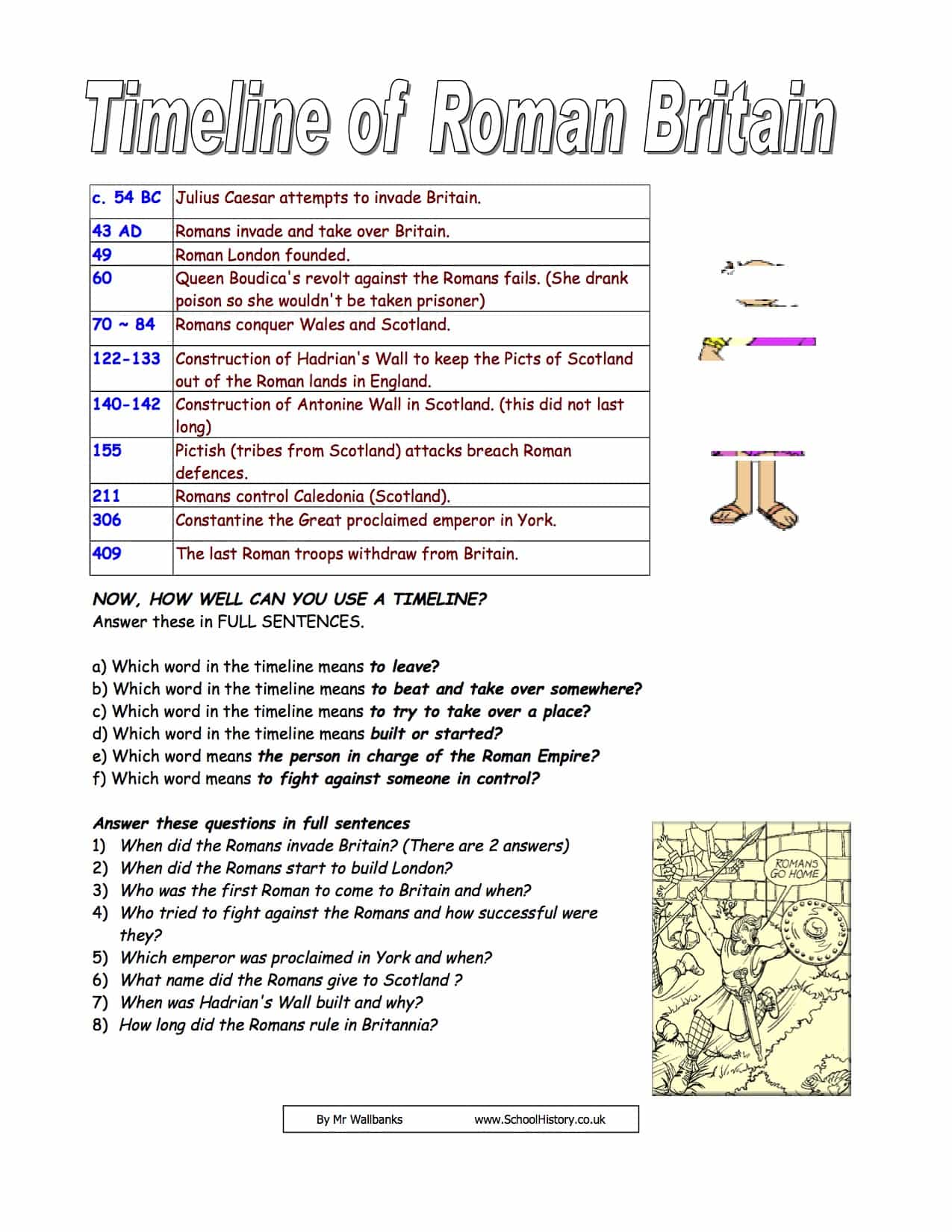 c. 54 BC – Julius Caesar attempts to invade Britain.
43 AD – Romans invade and take over Britain.
49- Roman London founded.
60 – Queen Boudica’s revolt against the Romans fails. (She drank poison so she wouldn’t be taken prisoner)
70 ~ 84 – Romans conquer Wales and Scotland.
122-133 – Construction of Hadrian’s Wall to keep the Picts of Scotland out of the Roman lands in England.
140-142 – Construction of Antonine Wall in Scotland. (this did not last long)
155 – Pictish (tribes from Scotland) attacks breach Roman defences.
211 – Romans control Caledonia (Scotland).
306 – Constantine the Great proclaimed emperor in York.
409 – The last Roman troops withdraw from Britain.