Do you want to save dozens of hours in time? Get your evenings and weekends back? Be able to teach Ancient Egyptian Civilization to your students? 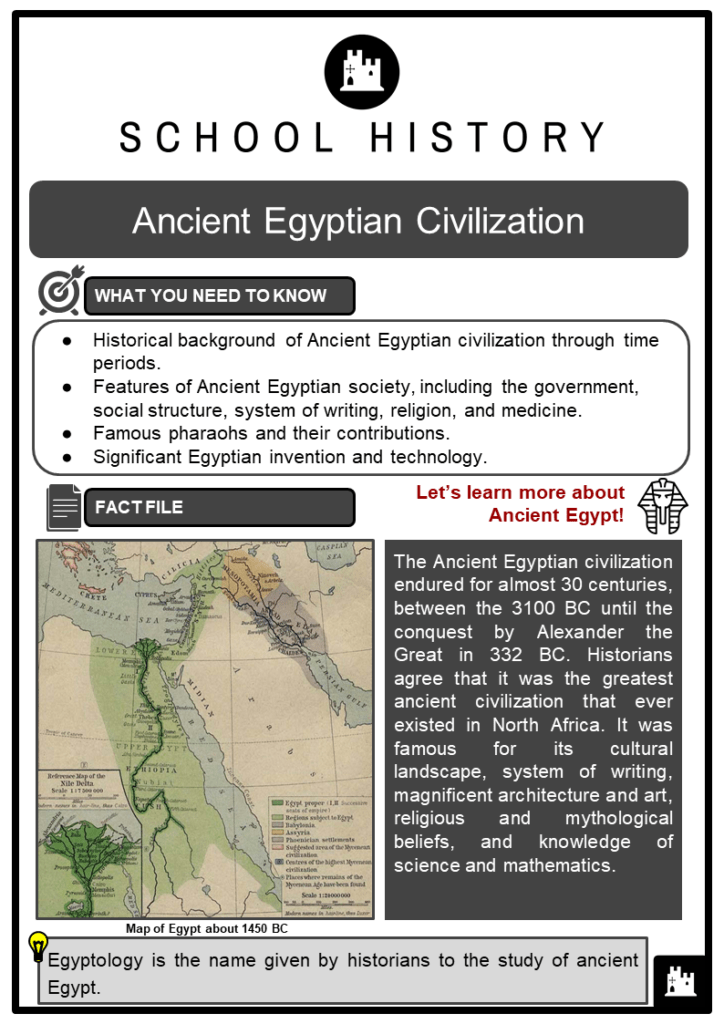 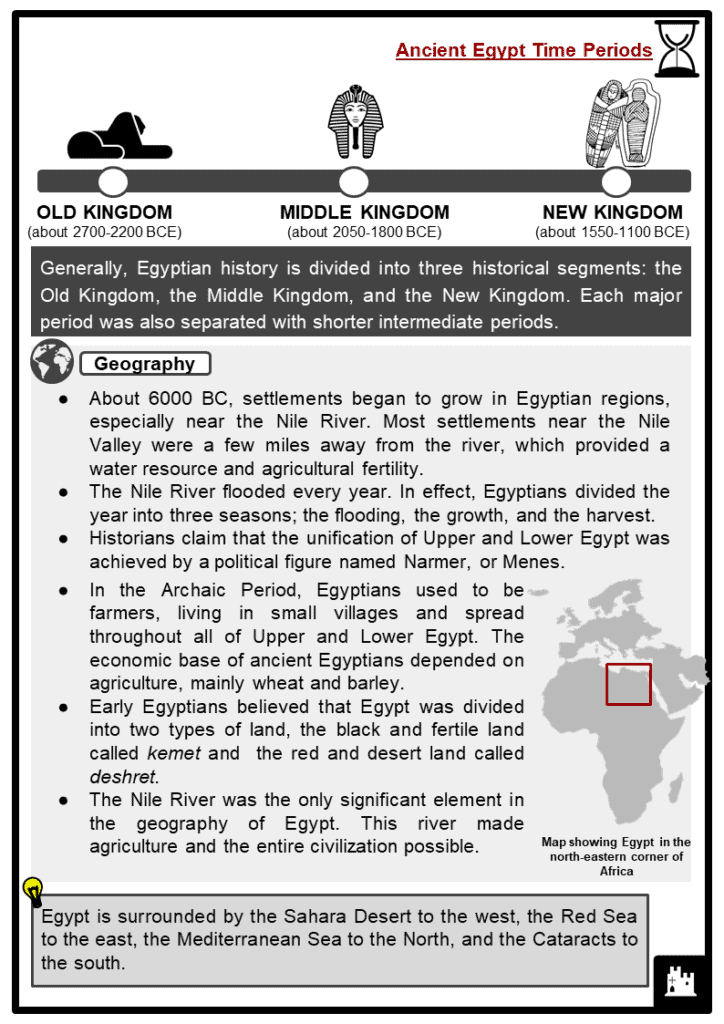 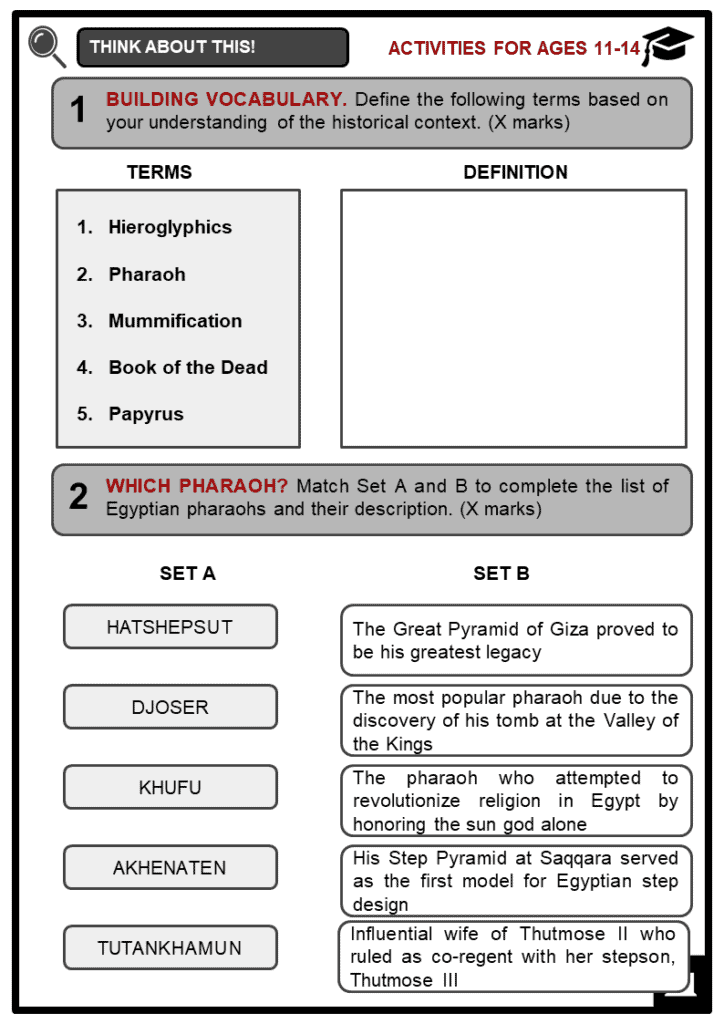 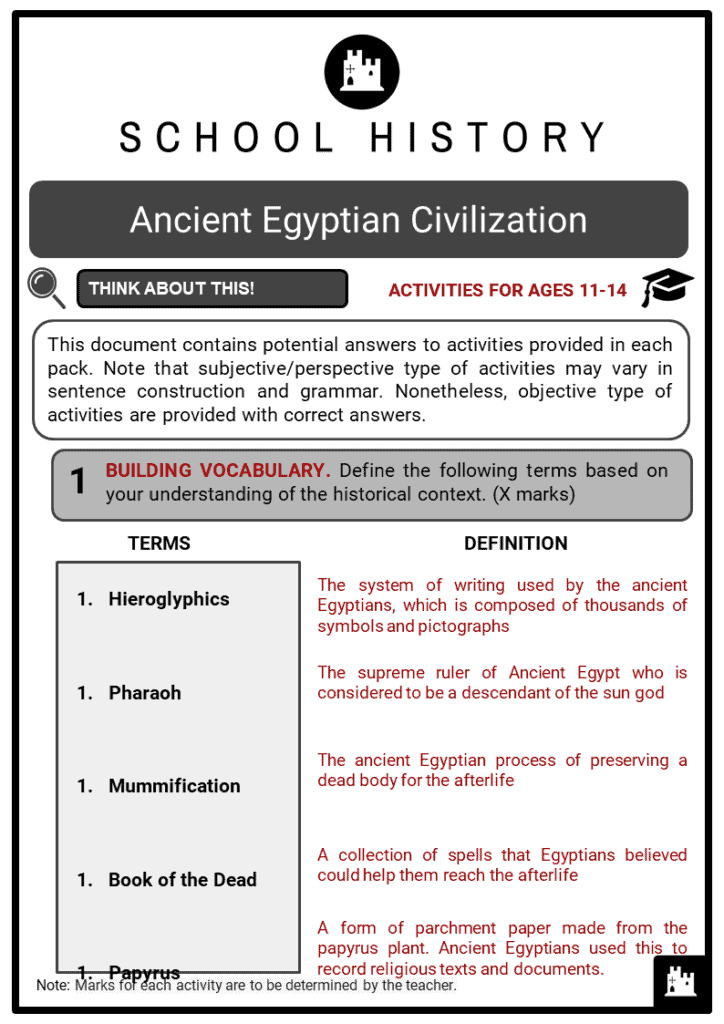 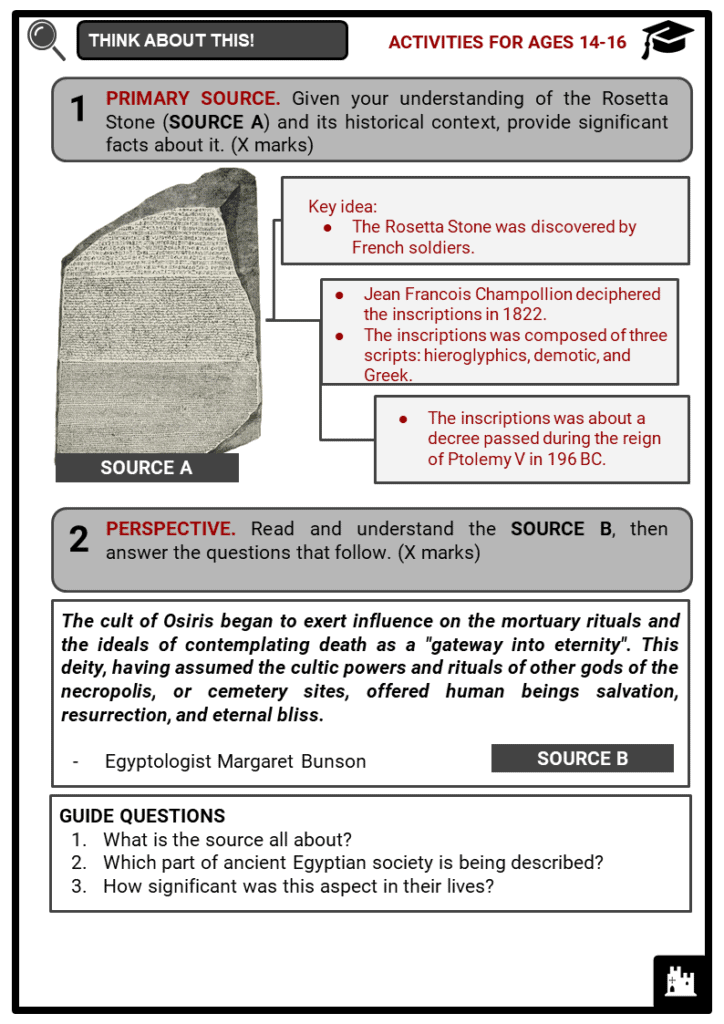 Generally, Egyptian history is divided into three historical segments: the Old Kingdom, the Middle Kingdom, and the New Kingdom. Each major period was also separated with shorter intermediate periods.

Ancient Egyptians used to believe in variety of deities. They had a complex and perplexing mythology. However, their religion also affected their view of cosmology and astronomy. With their religious beliefs, they tried to explain every phenomenon on Earth. They explained the day and night, the sky, the earth, and they even believed in the underworld and created a belief in the afterlife.
They also believed that these gods and goddesses were represented in different forms, particularly animals. Here are some of the major gods and goddesses of Ancient Egypt.
Ra - The sun god and most important god to ancient Egyptians. Drawn as a man with a hawk head, Ra was said to be the supreme ruler of the gods and creator of the earth.
Isis - The mother goddess and protector of the people, she is often depicted as a woman with a headdress in the shape of a throne.
Osiris - The god of death and ruler of the underworld. He was the father of Horus and husband to Isis.
Horus - Drawn as a man with the head of a hawk, he was the god of the sky. In Ancient Egypt, pharaohs were considered to be the living version of Horus.
Other deities included Nun, Amun, Heh, Bastet, Hathor, Set, Thoth, Khepri, Taweret, Kek, Hauhet, and Amaunet.
Ancient Egyptians highly believed that their everyday lives were looked over by certain gods and goddesses.
It is believed that, as early as 3500 BC, religious temples were built by ancient Egyptians. Temples were built of stones, wood, and reeds, and they became the center of settlement throughout the Nile Valley.
Egyptologists suggest that these structures were built based on the movements of the sun and stars following cardinal points.
To honor their gods and goddesses, most pharaohs built enormous temples. These temples were usually designed with large statues, memorials, and a place of worship.
Also regarded as servants of god, ancient Egyptian priests carried out religious ceremonies inside the temple. Most priests were selected by the pharaoh to assure loyalty.
In addition to officiating religious rituals, priests also served as oracles who could influence judgment in certain cases, as well as royal succession.
High priests were usually housed in the innermost part of the temple. Among the main temples in Ancient Egypt were those located in Karnak, Memphis, and Heliopolis.
The wives of high priests were called chantresses. Priestesses received the same pay as their male counterparts. They usually impersonated goddesses in rituals.
Common people were not allowed inside the temples. In order to keep its sacredness, only members of the royal family and few clergies were allowed.
Architecture was encouraged by almost all the kings of ancient Egypt. Many were skilled in mathematics, and their architecture amazed the world with their great pyramids, monuments, tombs, temples, and palaces.

The Book of the Dead and beliefs on the afterlife

Hieroglyphics and the Rosetta Stone