This module focuses on the development of Germany at the turn of the 20th century. It explores the turbulent period of change from democracy during the Weimar Republic era to that of dictatorship during the rise to power and eventual fall of Nazism. Topics covered include the political, economic and cultural environments and their aspects under the two different political systems. Key individuals and policies are also examined to frame and contextualise the changes that occurred.

The module is divided into three parts, which are detailed below and are aligned with the specifications of the AQA handbook.

Part one: Germany and the growth of democracy

Part two: Germany and the Depression

Part three: The experiences of Germans under the Nazis

Each module is accompanied by three evaluation assignments and a homework assignment as well as an assessment quiz and answer sheet. 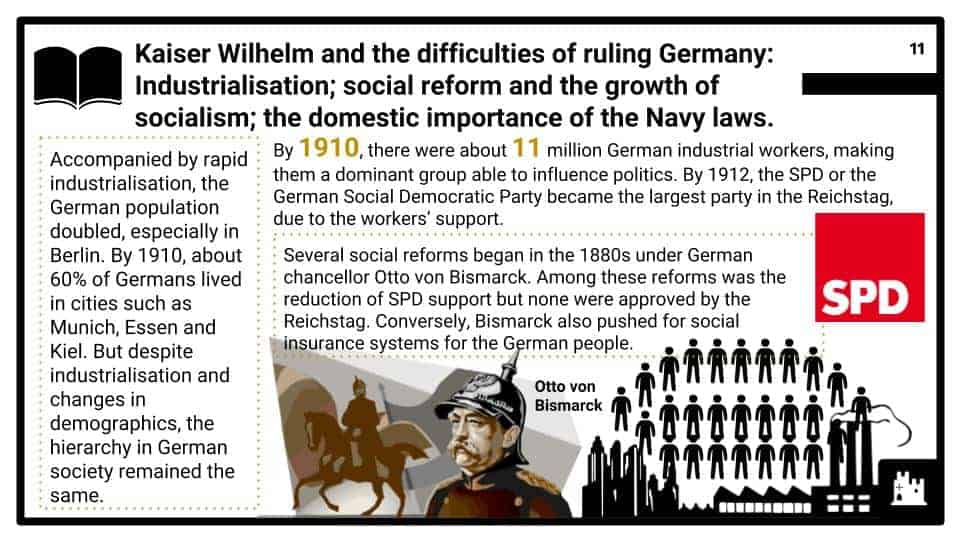 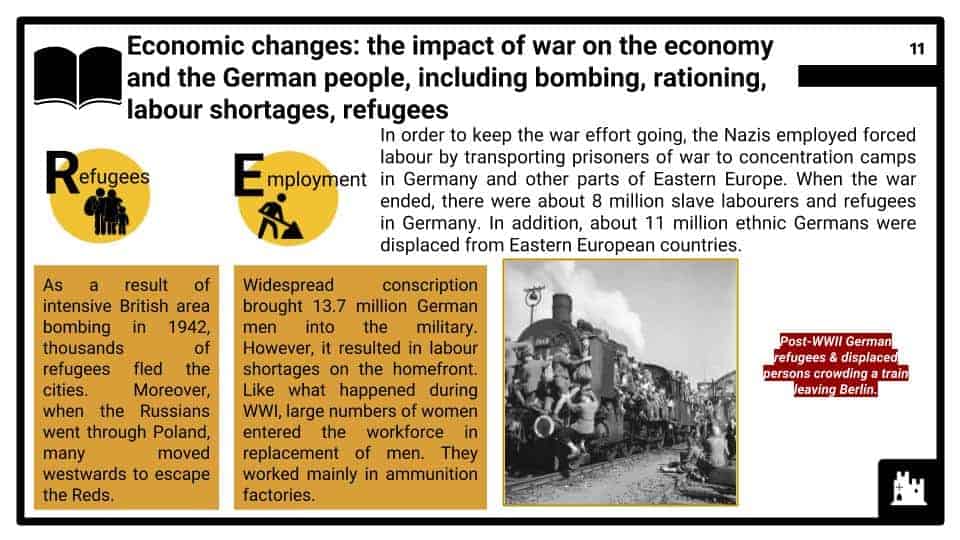 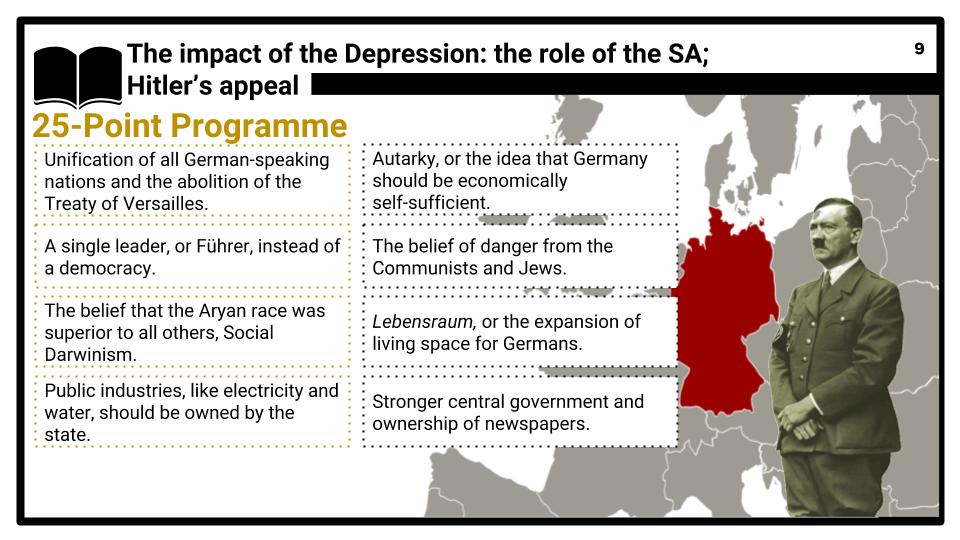 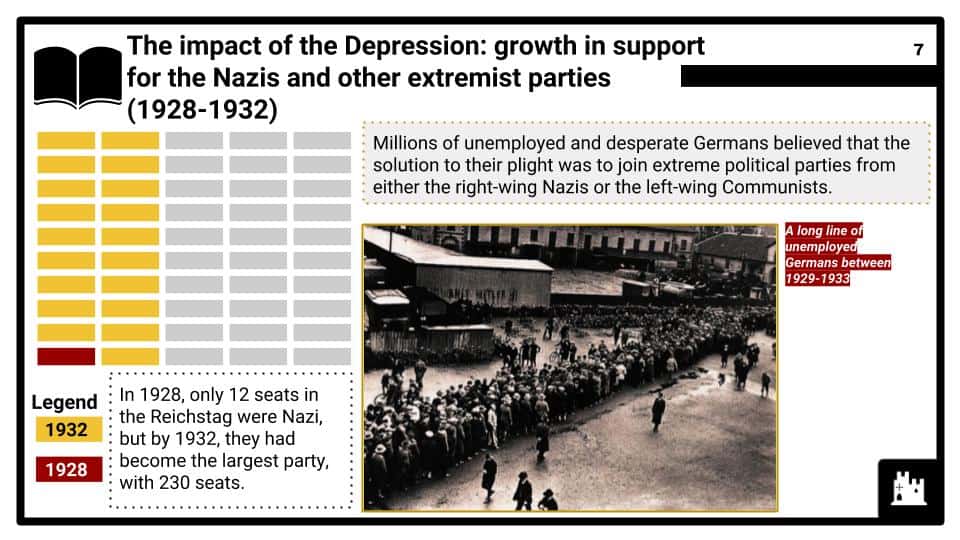