Do you want to save dozens of hours in time? Get your evenings and weekends back? Be able to teach Age of Discovery to your students? 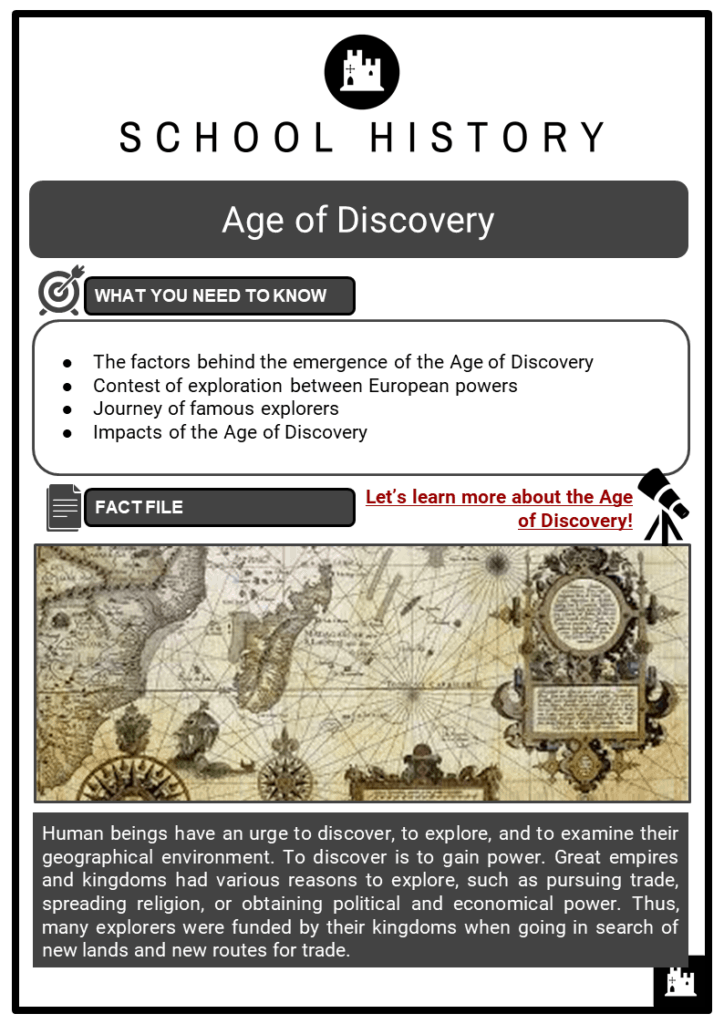 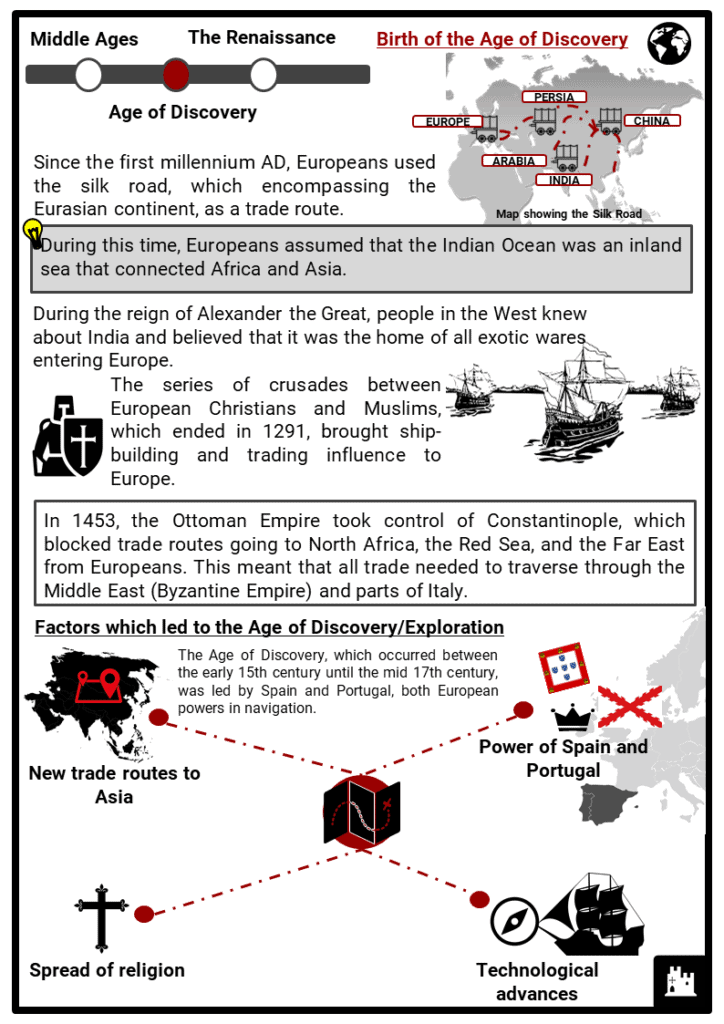 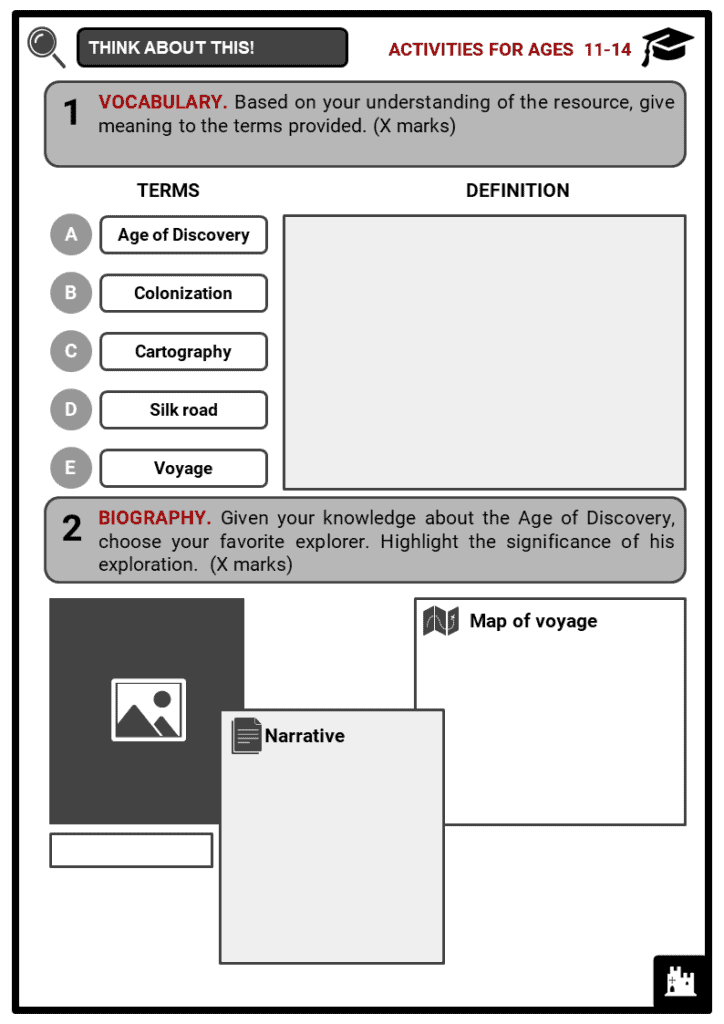 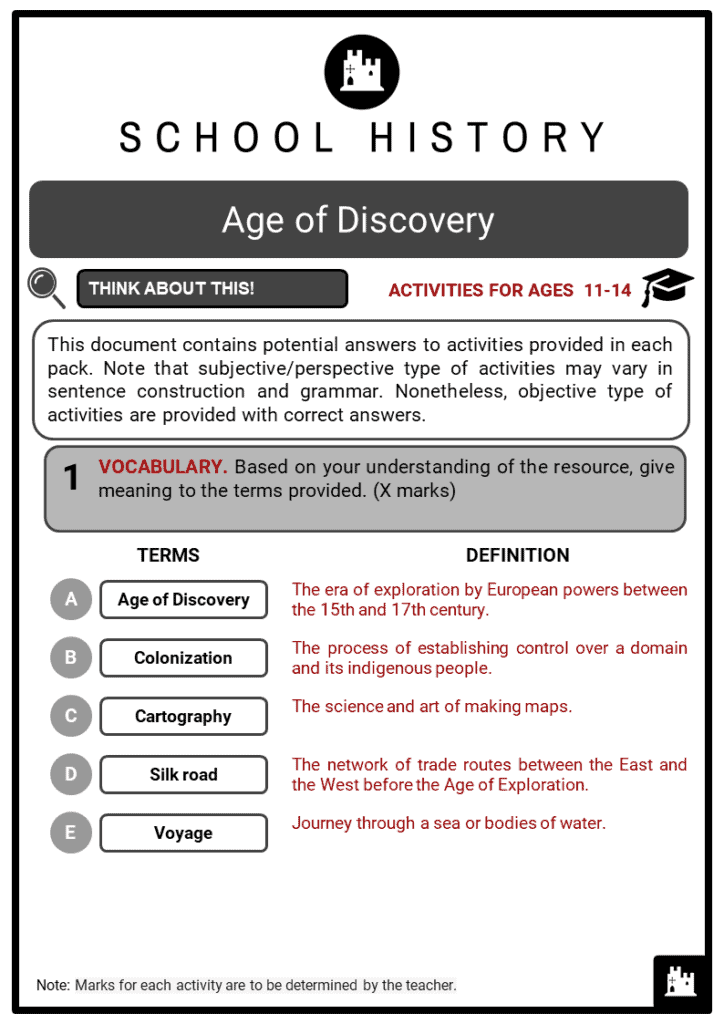 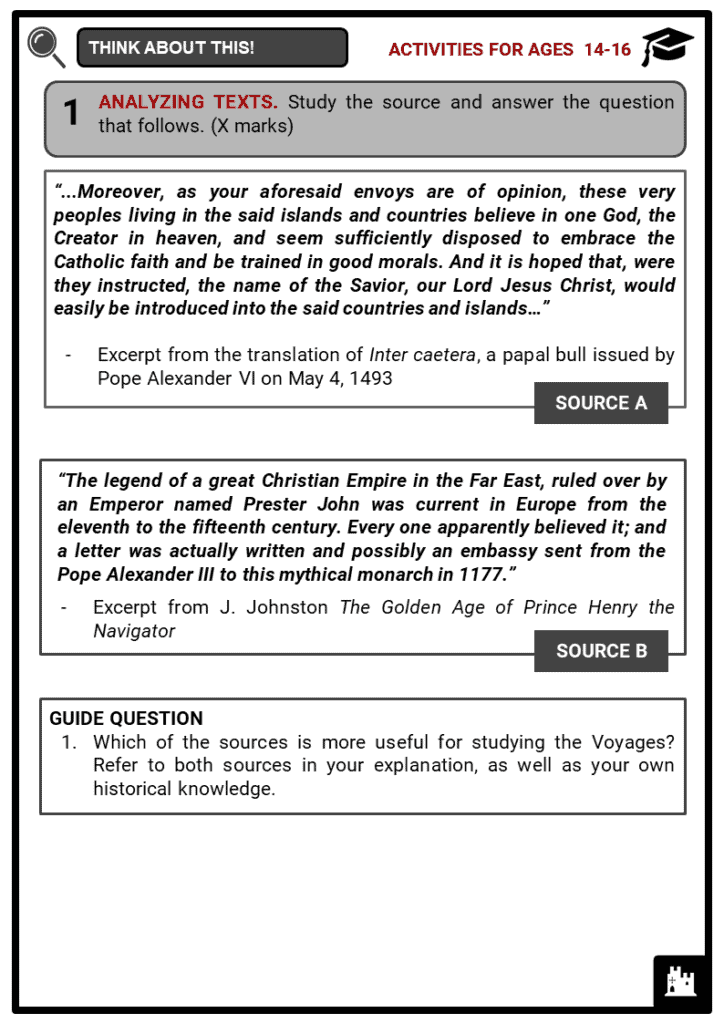 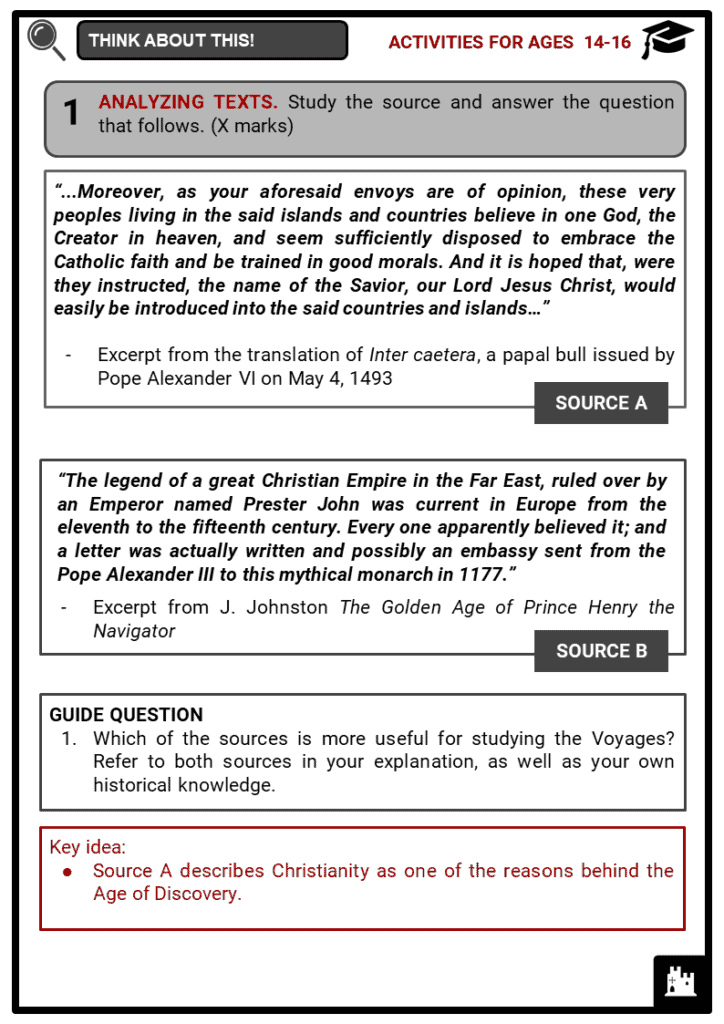 Human beings have an urge to discover, to explore, and to examine their geographical environment. To discover is to gain power. Great empires and kingdoms had various reasons to explore, such as pursuing trade, spreading religion, or obtaining political and economical power. Thus, many explorers were funded by their kingdoms when going in search of new lands and new routes for trade.

Birth of the Age of Discovery

POWER OF SPAIN AND PORTUGAL

The Contest for Discovery: European Powers and Explorers

Bartholomew Diaz and the coast of Africa

John Cabot and the Newfoundland

Ferdinand Magellan and the search for Spice Island

Impacts of the Age of Discovery