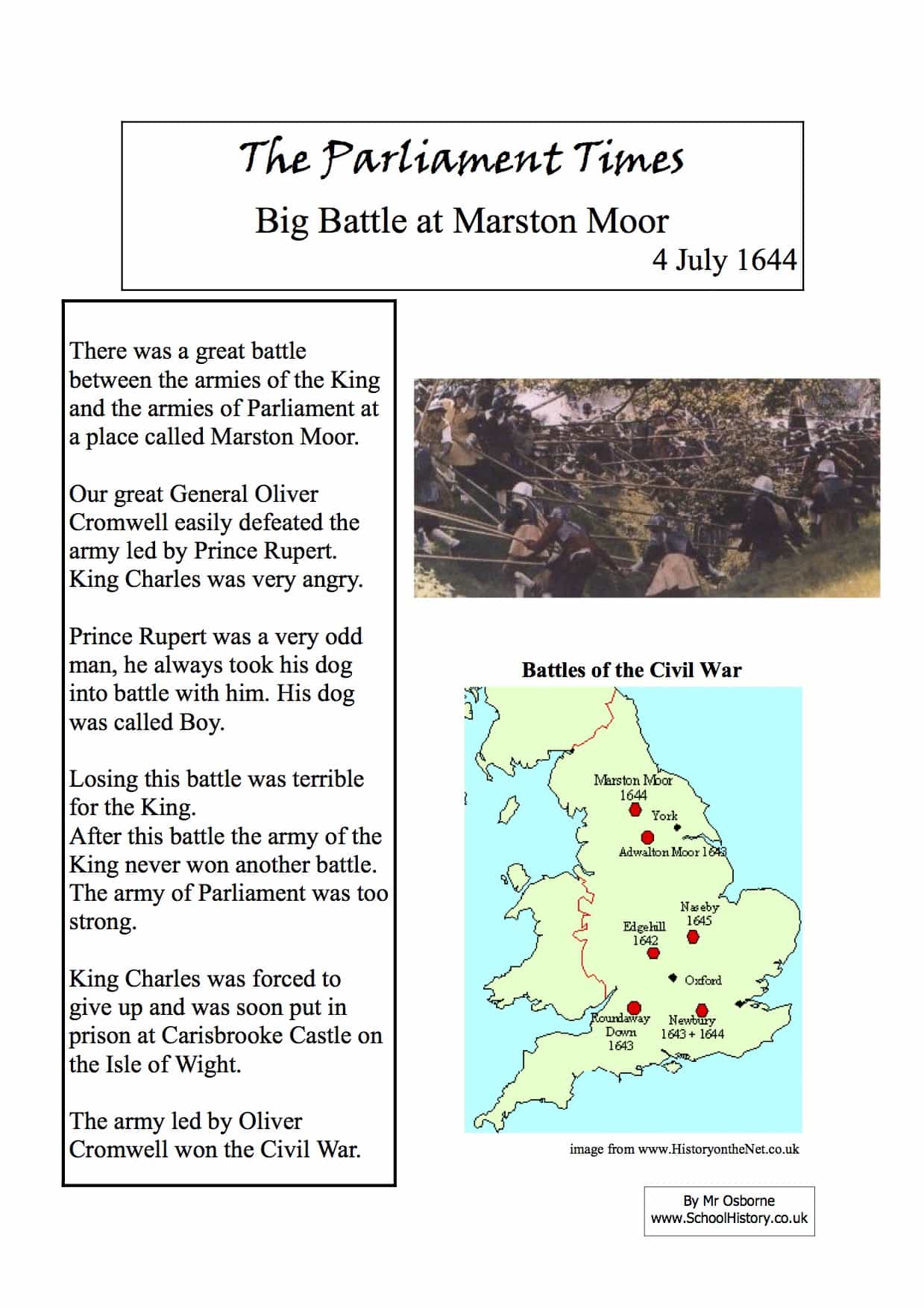 There was a great battle between the armies of the King and the armies of Parliament at a place called Marston Moor. Our great General Oliver Cromwell easily defeated the army led by Prince Rupert. King Charles was very angry. Prince Rupert was a very odd man, he always took his dog into battle with him. His dog was called Boy.

Losing this battle was terrible for the King. After this battle the army of the King never won another battle. The army of Parliament was too strong. King Charles was forced to give up and was soon put in prison at Carisbrooke Castle on the Isle of Wight. The army led by Oliver Cromwell won the Civil War.