Do you want to save dozens of hours in time? Get your evenings and weekends back? Be able to teach about Charles II of England to your students? 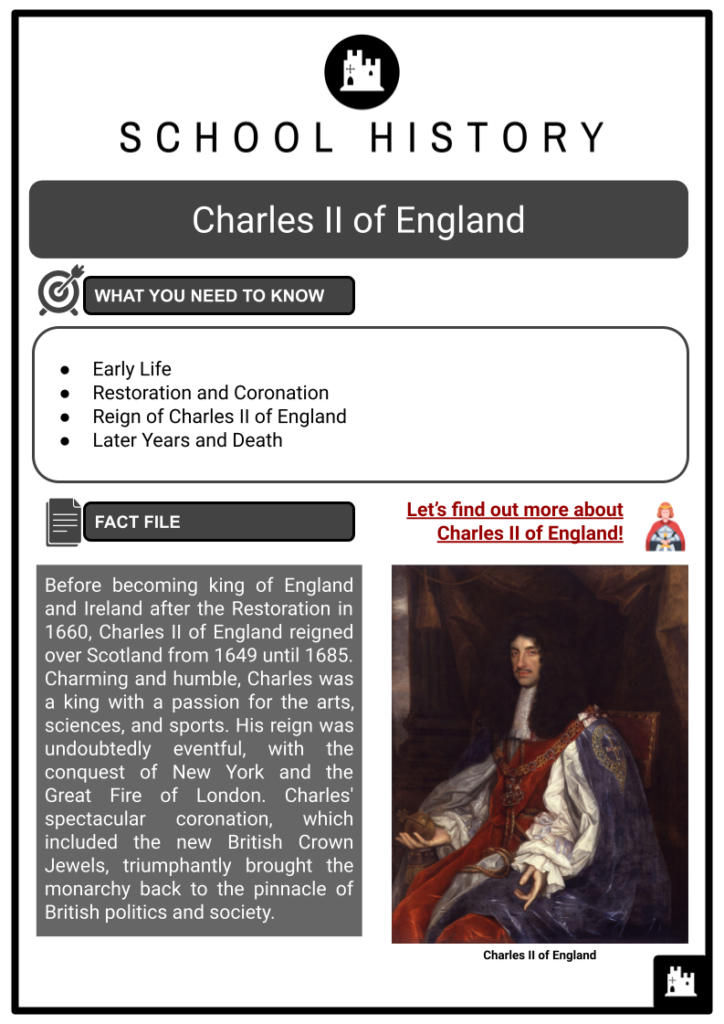 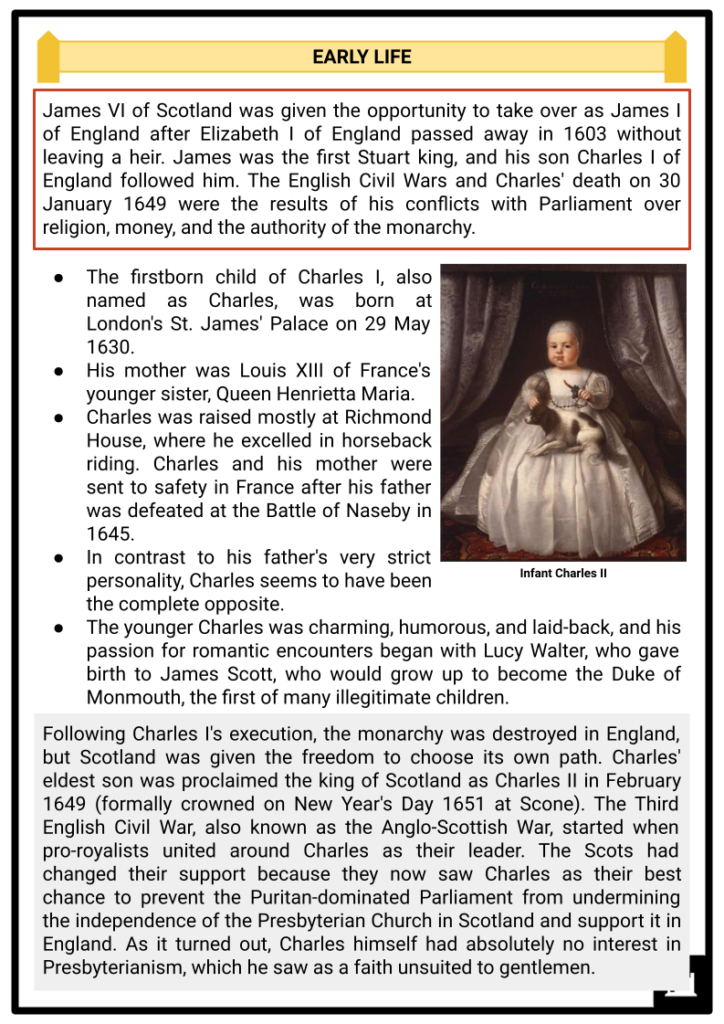 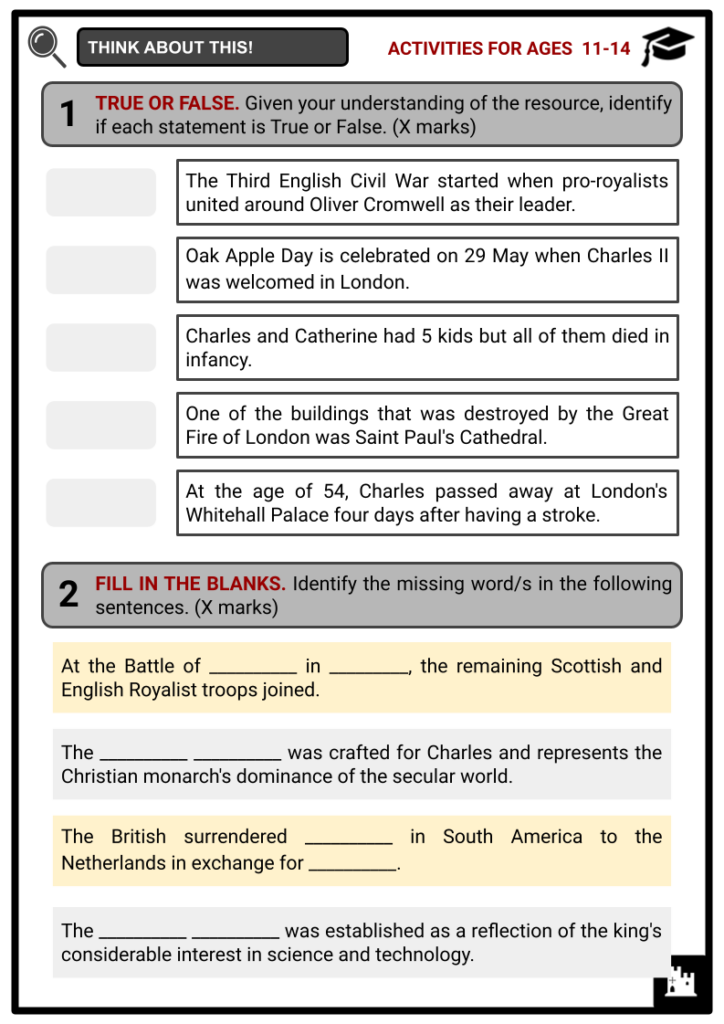 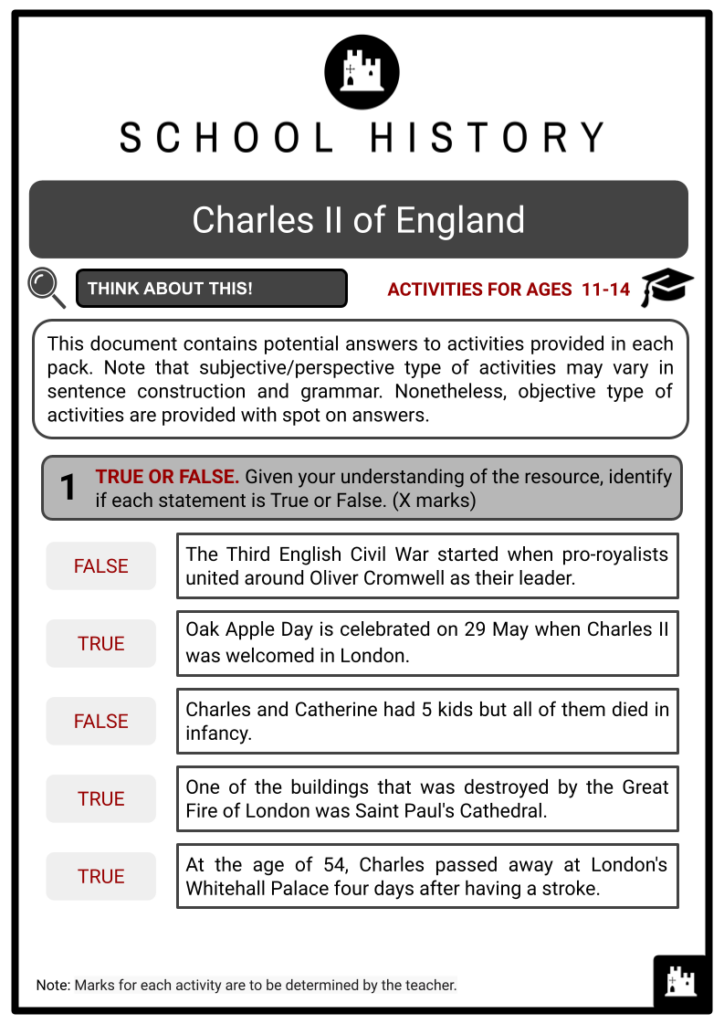 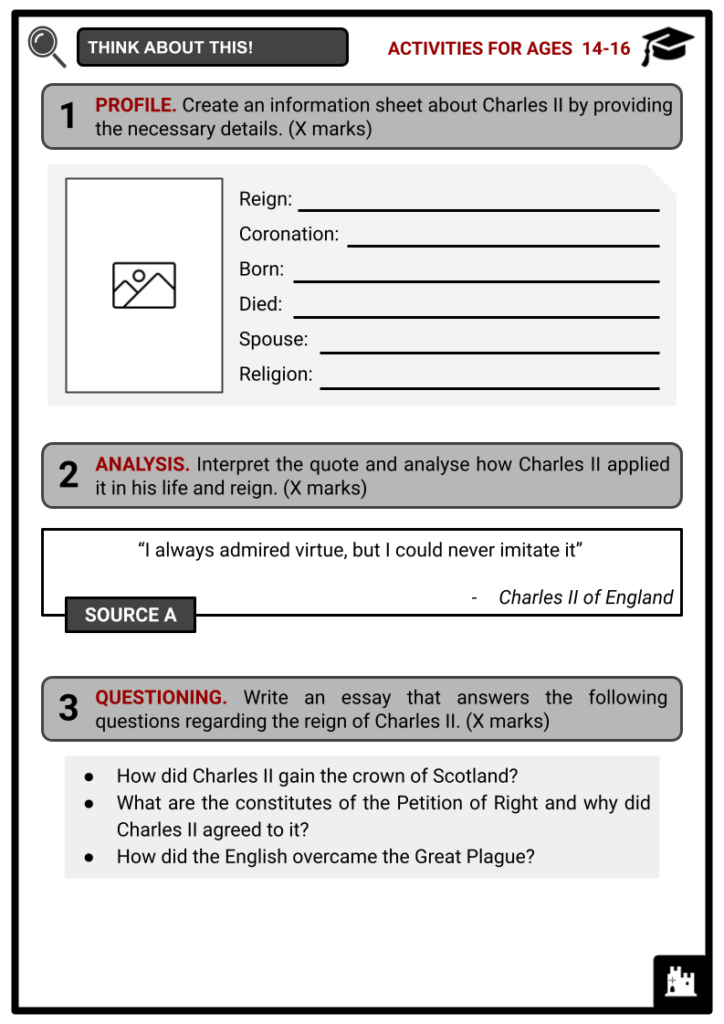 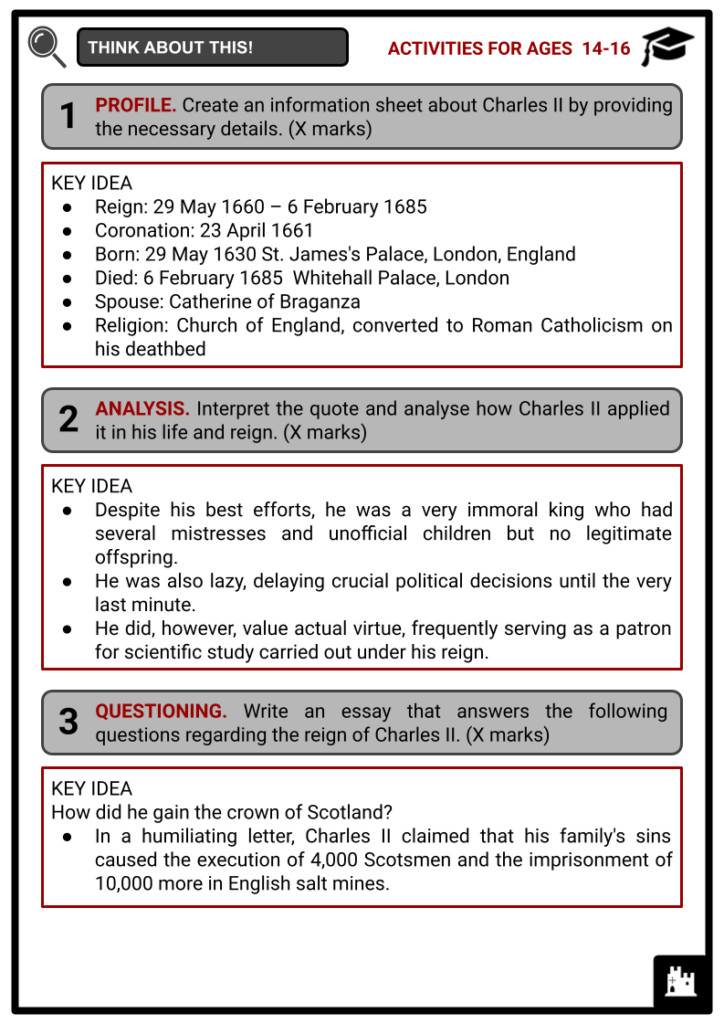 Let’s find out more about Charles II of England!

Before becoming king of England and Ireland after the Restoration in 1660, Charles II of England reigned over Scotland from 1649 until 1685. Charming and humble, Charles was a king with a passion for the arts, sciences, and sports. His reign was undoubtedly eventful, with the conquest of New York and the Great Fire of London. Charles' spectacular coronation, which included the new British Crown Jewels, triumphantly brought the monarchy back to the pinnacle of British politics and society.