Crime and Punishment in Puritan England 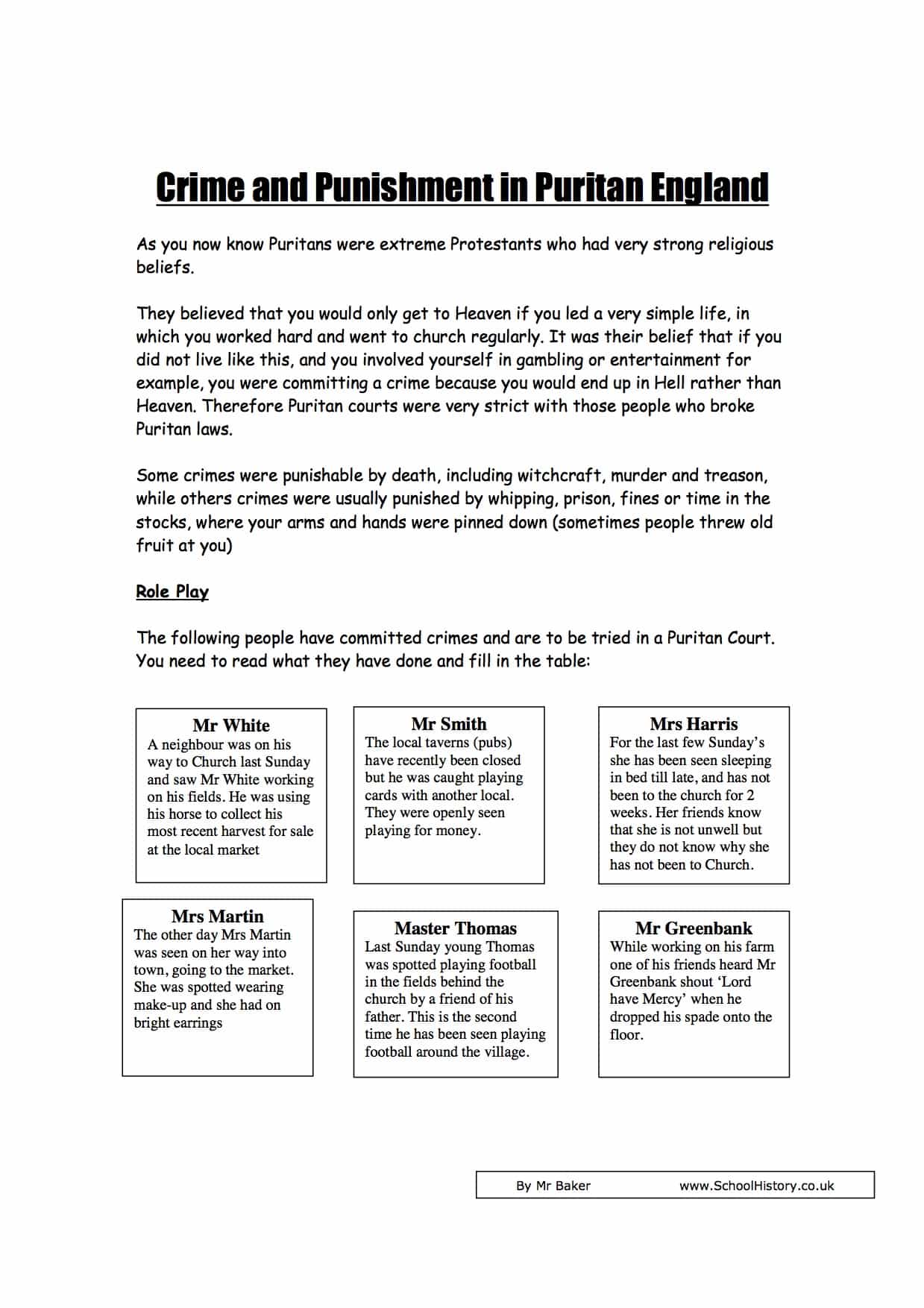 As you now know Puritans were extreme Protestants who had very strong religious beliefs.

They believed that you would only get to Heaven if you led a very simple life, in which you worked hard and went to church regularly. It was their belief that if you did not live like this, and you involved yourself in gambling or entertainment for example, you were committing a crime because you would end up in Hell rather than Heaven. Therefore Puritan courts were very strict with those people who broke Puritan laws.

Some crimes were punishable by death, including witchcraft, murder and treason, while others crimes were usually punished by whipping, prison, fines or time in the stocks, where your arms and hands were pinned down (sometimes people threw old fruit at you).