Do you want to save dozens of hours in time? Get your evenings and weekends back? Be able to teach about the East India Company to your students? 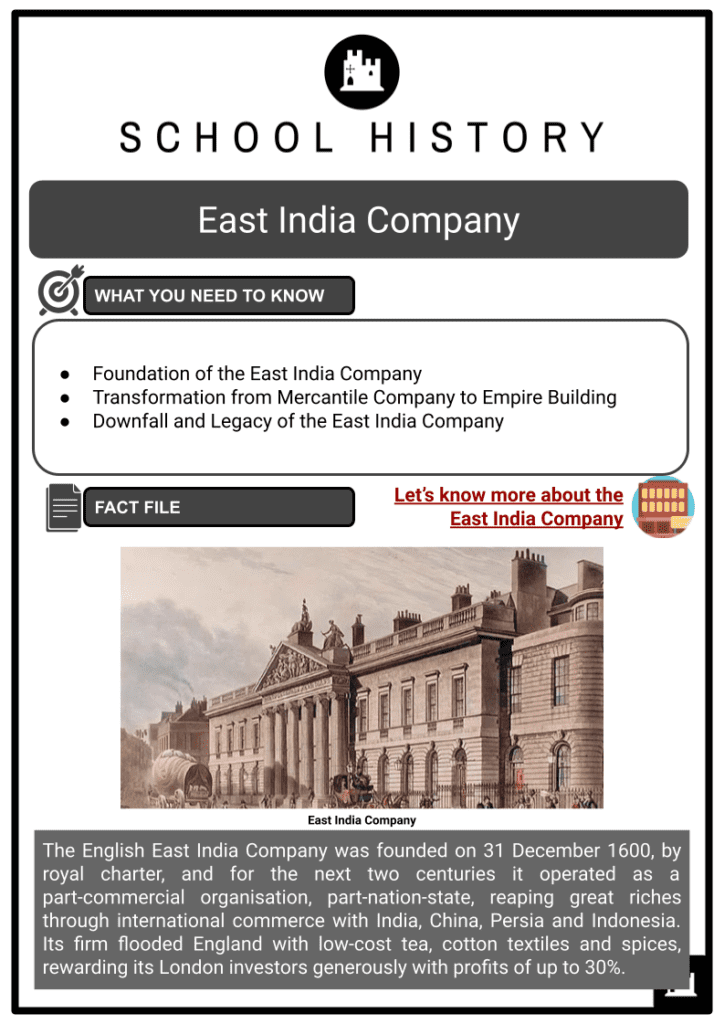 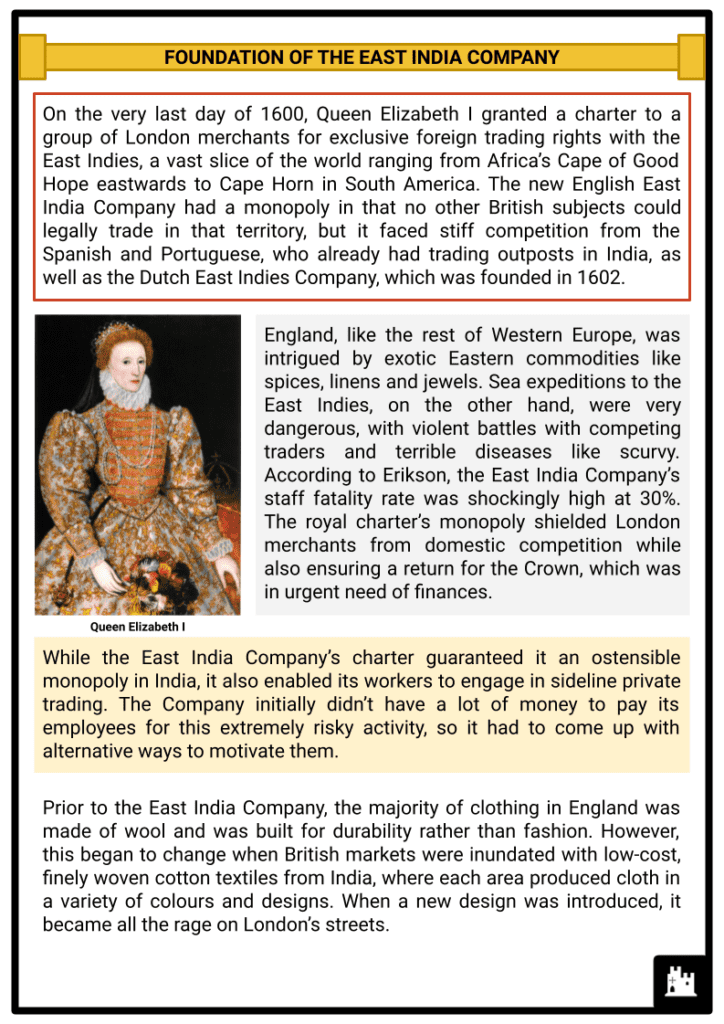 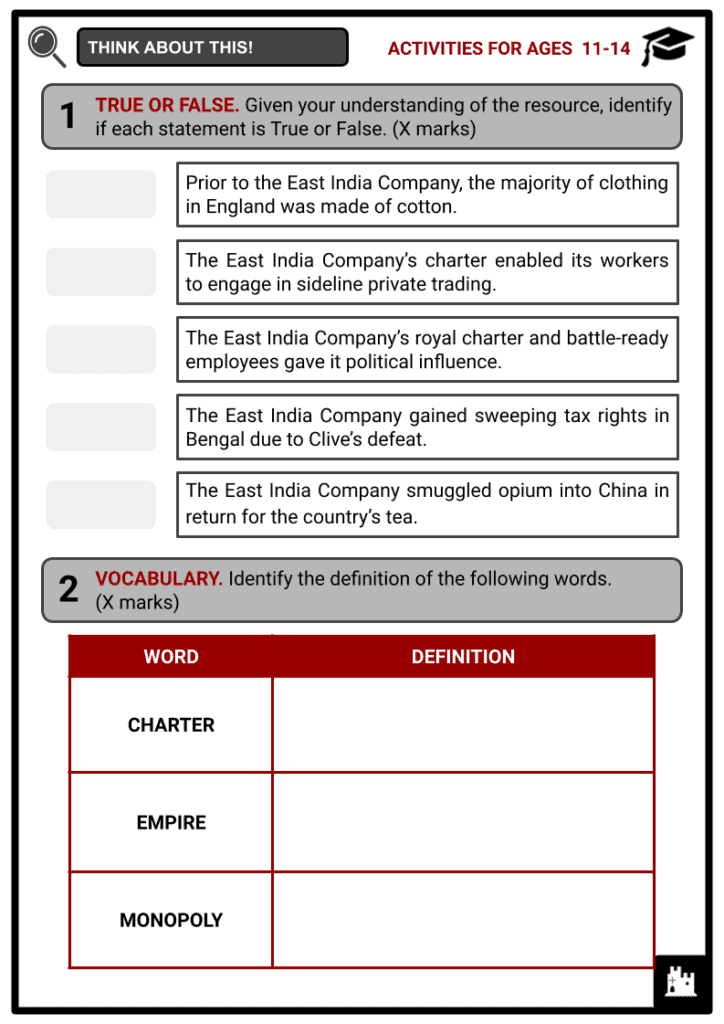 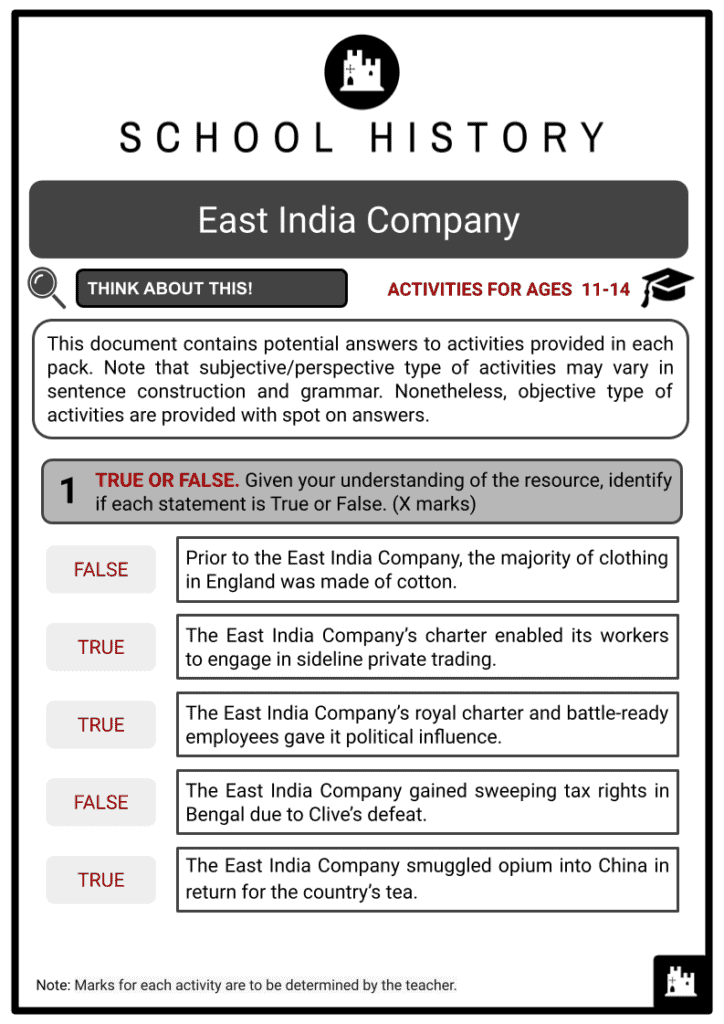 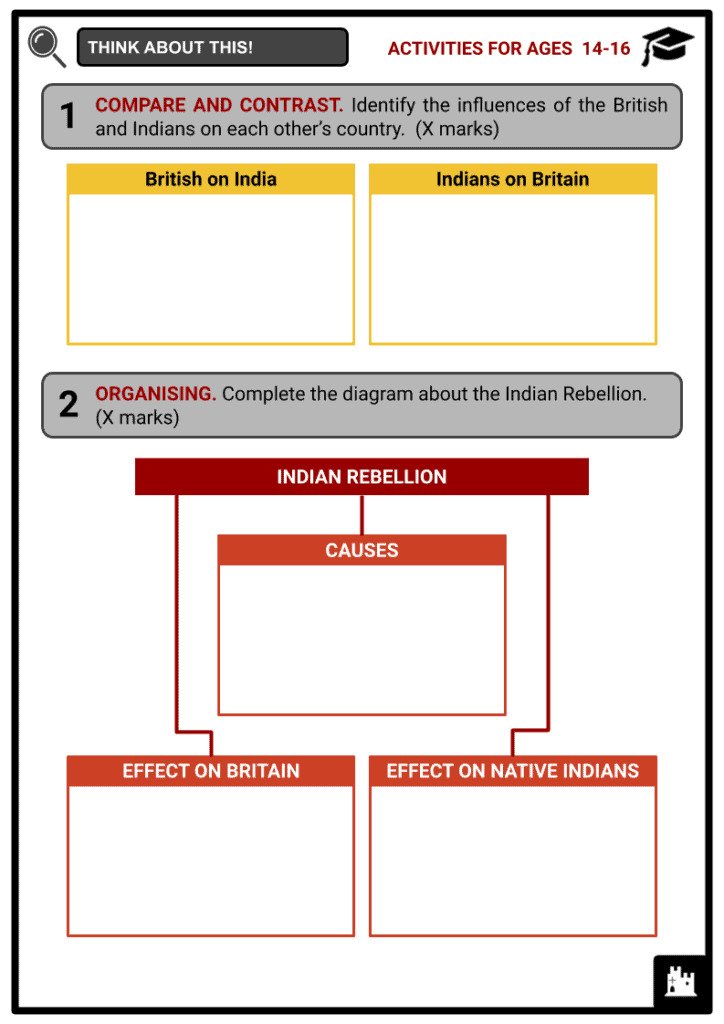 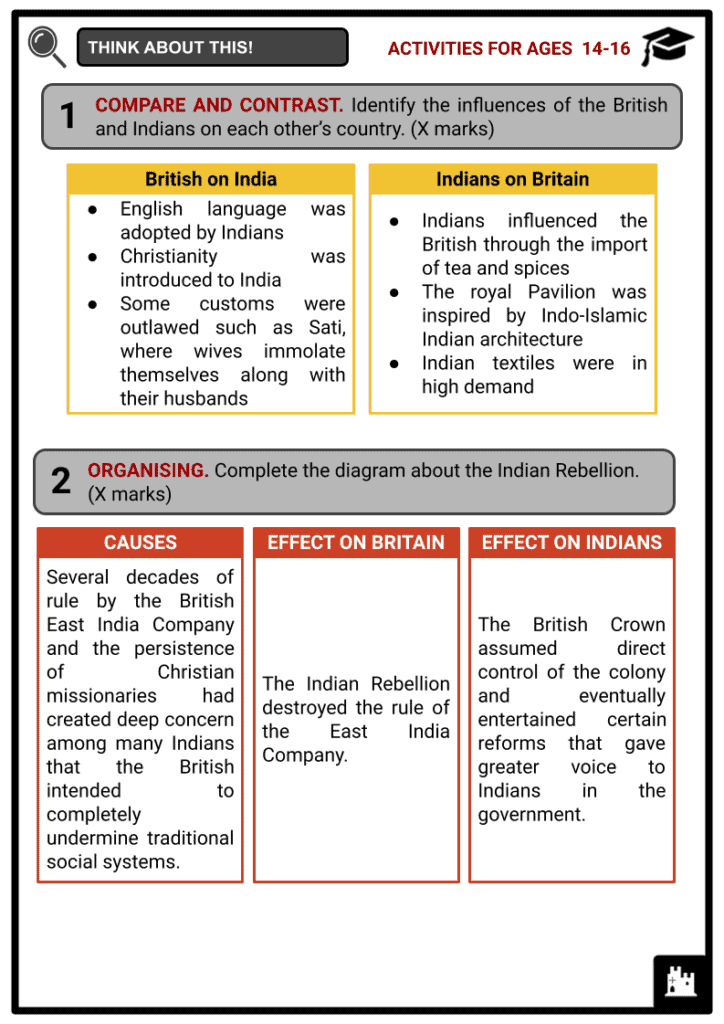 The English East India Company was founded on 31 December 1600, by royal charter, and for the next two centuries, it operated as a part-commercial organisation, part-nation-state, reaping great riches through international commerce with India, China, Persia, and Indonesia. Its firm flooded England with low-cost tea, cotton textiles, and spices, rewarding its London investors generously with profits of up to 30%.

Foundation of the East Indian Company

Downfall and legacy of the East India Company