Introduction Of The Judicial System 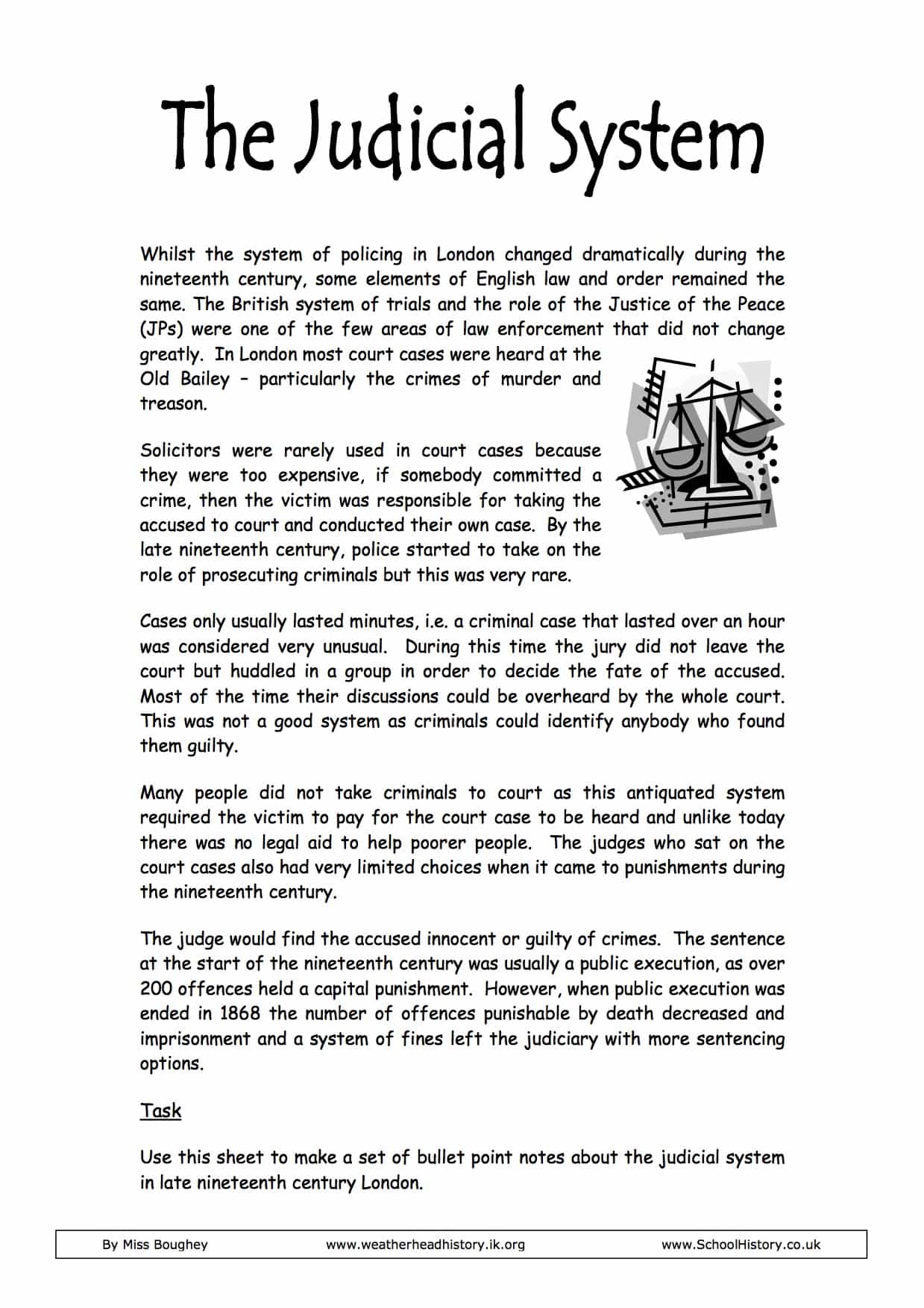 Whilst the system of policing in London changed dramatically during the nineteenth century, some elements of English law and order remained the same. The British system of trials and the role of the Justice of the Peace (JPs) were one of the few areas of law enforcement that did not change greatly. In London most court cases were heard at the

Old Bailey – particularly the crimes of murder and treason.

Solicitors were rarely used in court cases because they were too expensive, if somebody committed a crime, then the victim was responsible for taking the accused to court and conducted their own case. By the late nineteenth century, police started to take on the role of prosecuting criminals but this was very rare.

Cases only usually lasted minutes, i.e. a criminal case that lasted over an hour was considered very unusual. During this time the jury did not leave the court but huddled in a group in order to decide the fate of the accused. Most of the time their discussions could be overheard by the whole court. This was not a good system as criminals could identify anybody who found them guilty.

Many people did not take criminals to court as this antiquated system required the victim to pay for the court case to be heard and unlike today there was no legal aid to help poorer people. The judges who sat on the court cases also had very limited choices when it came to punishments during the nineteenth century.

The judge would find the accused innocent or guilty of crimes. The sentence at the start of the nineteenth century was usually a public execution, as over 200 offences held a capital punishment. However, when public execution was ended in 1868 the number of offences punishable by death decreased and imprisonment and a system of fines left the judiciary with more sentencing options.