Introduction to the English Civil War 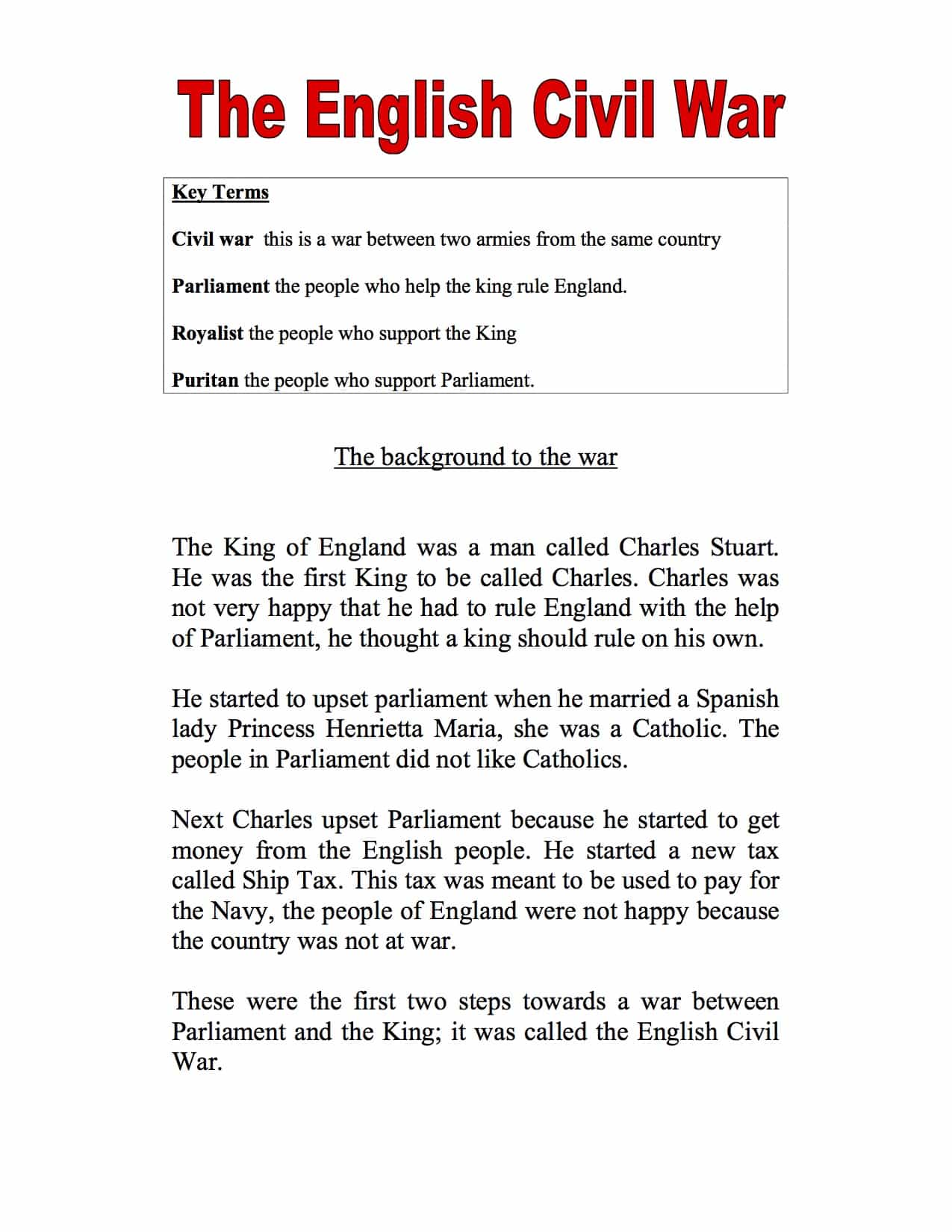 The background to the war

The King of England was a man called Charles Stuart. He was the first King to be called Charles. Charles was not very happy that he had to rule England with the help of Parliament, he thought a king should rule on his own.

He started to upset parliament when he married a Spanish lady Princess Henrietta Maria, she was a Catholic. The people in Parliament did not like Catholics.
Next Charles upset Parliament because he started to get money from the English people. He started a new tax called Ship Tax. This tax was meant to be used to pay for the Navy, the people of England were not happy because the country was not at war.

These were the first two steps towards a war between Parliament and the King; it was called the English Civil War.