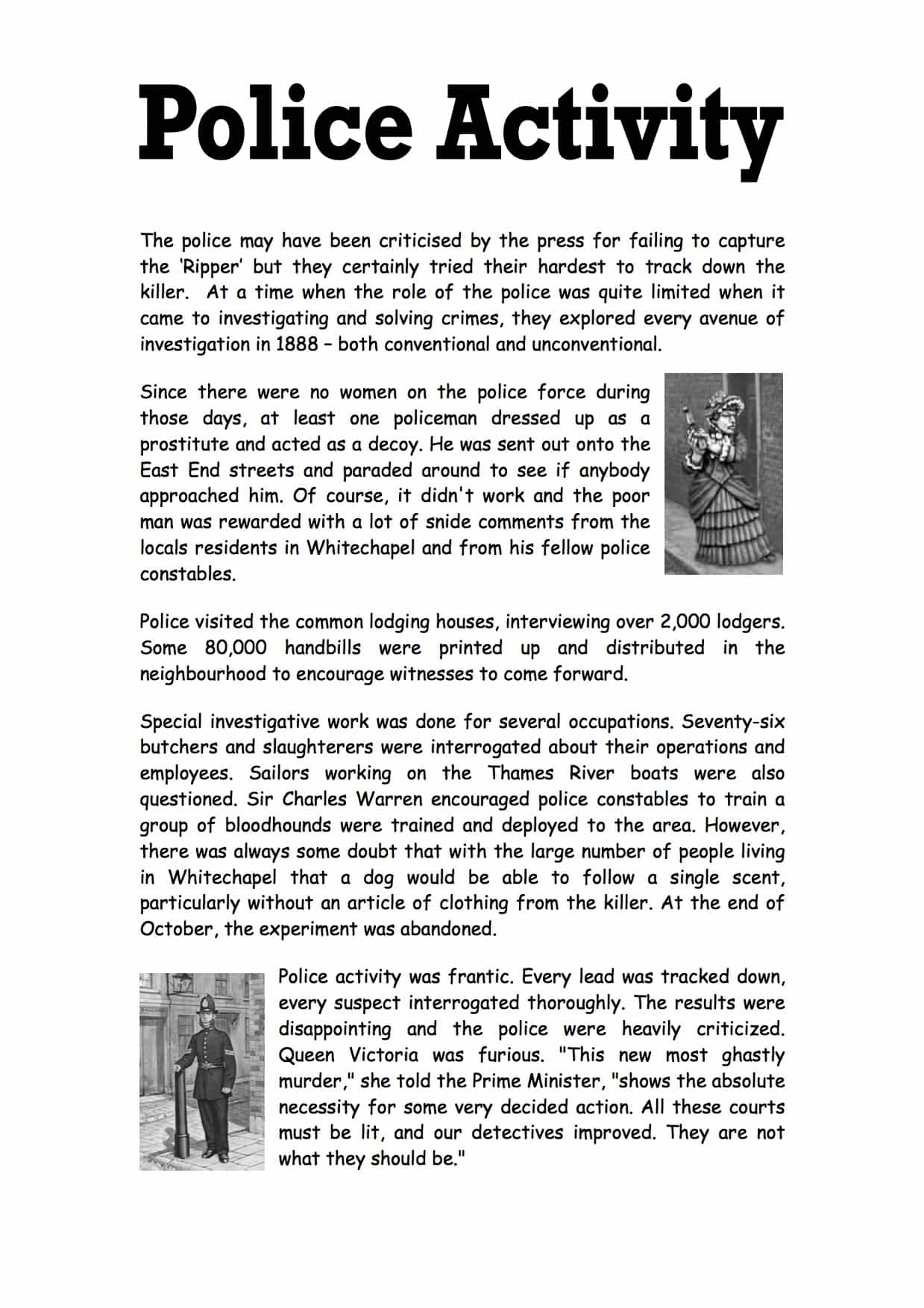 The police may have been criticised by the press for failing to capture the ‘Ripper’ but they certainly tried their hardest to track down the killer. At a time when the role of the police was quite limited when it came to investigating and solving crimes, they explored every avenue of investigation in 1888 – both conventional and unconventional.

Since there were no women on the police force during those days, at least one policeman dressed up as a prostitute and acted as a decoy. He was sent out onto the East End streets and paraded around to see if anybody approached him. Of course, it didn’t work and the poor man was rewarded with a lot of snide comments from the locals residents in Whitechapel and from his fellow police constables.

Police visited the common lodging houses, interviewing over 2,000 lodgers. Some 80,000 handbills were printed up and distributed in the neighbourhood to encourage witnesses to come forward.

Special investigative work was done for several occupations. Seventy-six butchers and slaughterers were interrogated about their operations and employees. Sailors working on the Thames River boats were also questioned. Sir Charles Warren encouraged police constables to train a group of bloodhounds were trained and deployed to the area. However, there was always some doubt that with the large number of people living in Whitechapel that a dog would be able to follow a single scent, particularly without an article of clothing from the killer. At the end of October, the experiment was abandoned.

Police activity was frantic. Every lead was tracked down, every suspect interrogated thoroughly. The results were disappointing and the police were heavily criticized. Queen Victoria was furious. “This new most ghastly murder,” she told the Prime Minister, “shows the absolute necessity for some very decided action. All these courts must be lit, and our detectives improved. They are not what they should be.”

As winter set in, the frantic police activity began to slow. All suspects had been interrogated and leads came to a dead end. It appeared that Jack the Ripper had left the scene for good.