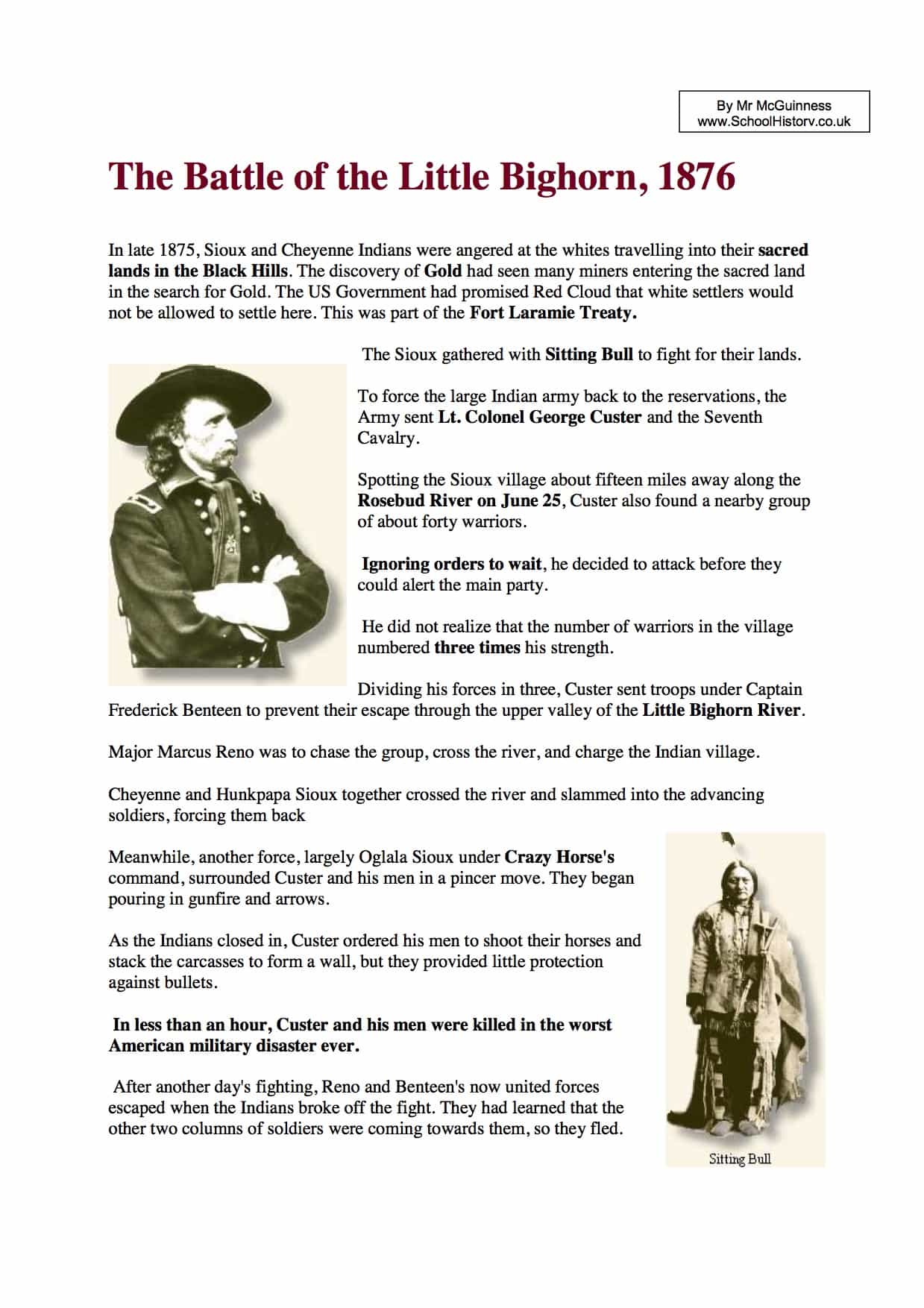 In late 1875, Sioux and Cheyenne Indians were angered at the whites travelling into their sacred lands in the Black Hills. The discovery of Gold had seen many miners entering the sacred land in the search for Gold. The US Government had promised Red Cloud that white settlers would not be allowed to settle here. This was part of the Fort Laramie Treaty.

The Sioux gathered with Sitting Bull to fight for their lands. To force the large Indian army back to the reservations, the Army sent Lt. Colonel George Custer and the Seventh Cavalry. Spotting the Sioux village about fifteen miles away along the Rosebud River on June 25, Custer also found a nearby group of about forty warriors. Ignoring orders to wait, he decided to attack before they could alert the main party. He did not realize that the number of warriors in the village numbered three times his strength. Dividing his forces in three, Custer sent troops under Captain Frederick Benteen to prevent their escape through the upper valley of the Little Bighorn River.

Major Marcus Reno was to chase the group, cross the river, and charge the Indian village. Cheyenne and Hunkpapa Sioux together crossed the river and slammed into the advancing soldiers, forcing them back Meanwhile, another force, largely Oglala Sioux under Crazy Horse’s command, surrounded Custer and his men in a pincer move. They began pouring in gunfire and arrows. As the Indians closed in, Custer ordered his men to shoot their horses and stack the carcasses to form a wall, but they provided little protection against bullets.

In less than an hour, Custer and his men were killed in the worst American military disaster ever.

After another day’s fighting, Reno and Benteen’s now united forces escaped when the Indians broke off the fight. They had learned that the other two columns of soldiers were coming towards them, so they fled.