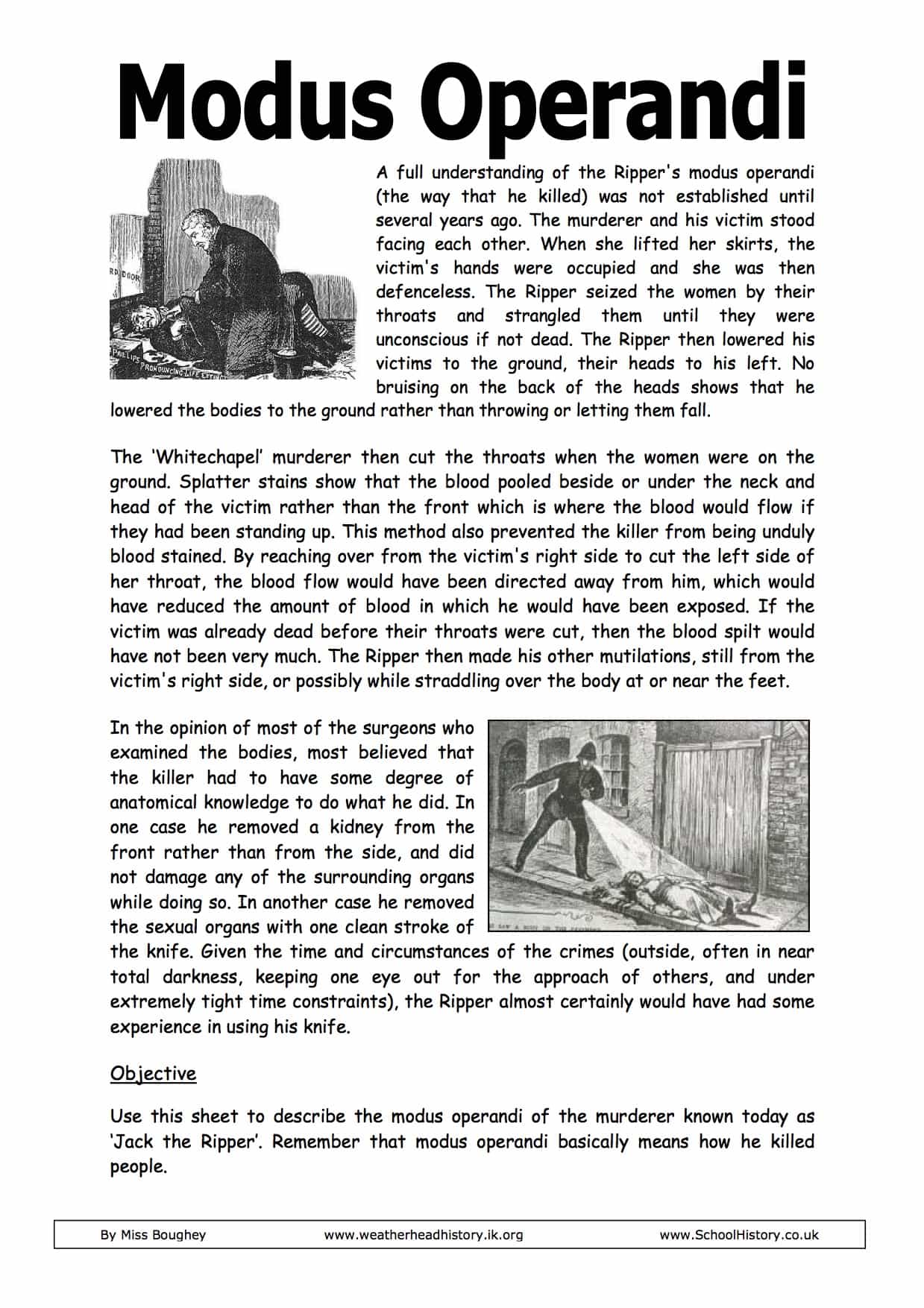 A full understanding of the Ripper’s modus operandi (the way that he killed) was not established until several years ago. The murderer and his victim stood facing each other. When she lifted her skirts, the victim’s hands were occupied and she was then defenceless. The Ripper seized the women by their throats and strangled them until they were unconscious if not dead. The Ripper then lowered his victims to the ground, their heads to his left. No bruising on the back of the heads shows that he

lowered the bodies to the ground rather than throwing or letting them fall.

The ‘Whitechapel’ murderer then cut the throats when the women were on the ground. Splatter stains show that the blood pooled beside or under the neck and head of the victim rather than the front which is where the blood would flow if they had been standing up. This method also prevented the killer from being unduly blood stained. By reaching over from the victim’s right side to cut the left side of her throat, the blood flow would have been directed away from him, which would have reduced the amount of blood in which he would have been exposed. If the victim was already dead before their throats were cut, then the blood spilt would have not been very much. The Ripper then made his other mutilations, still from the victim’s right side, or possibly while straddling over the body at or near the feet.

In the opinion of most of the surgeons who examined the bodies, most believed that the killer had to have some degree of anatomical knowledge to do what he did. In one case he removed a kidney from the front rather than from the side, and did not damage any of the surrounding organs while doing so. In another case he removed the sexual organs with one clean stroke of the knife. Given the time and circumstances of the crimes (outside, often in near total darkness, keeping one eye out for the approach of others, and under extremely tight time constraints), the Ripper almost certainly would have had some experience in using his knife.