The Age of Discovery & Exploration 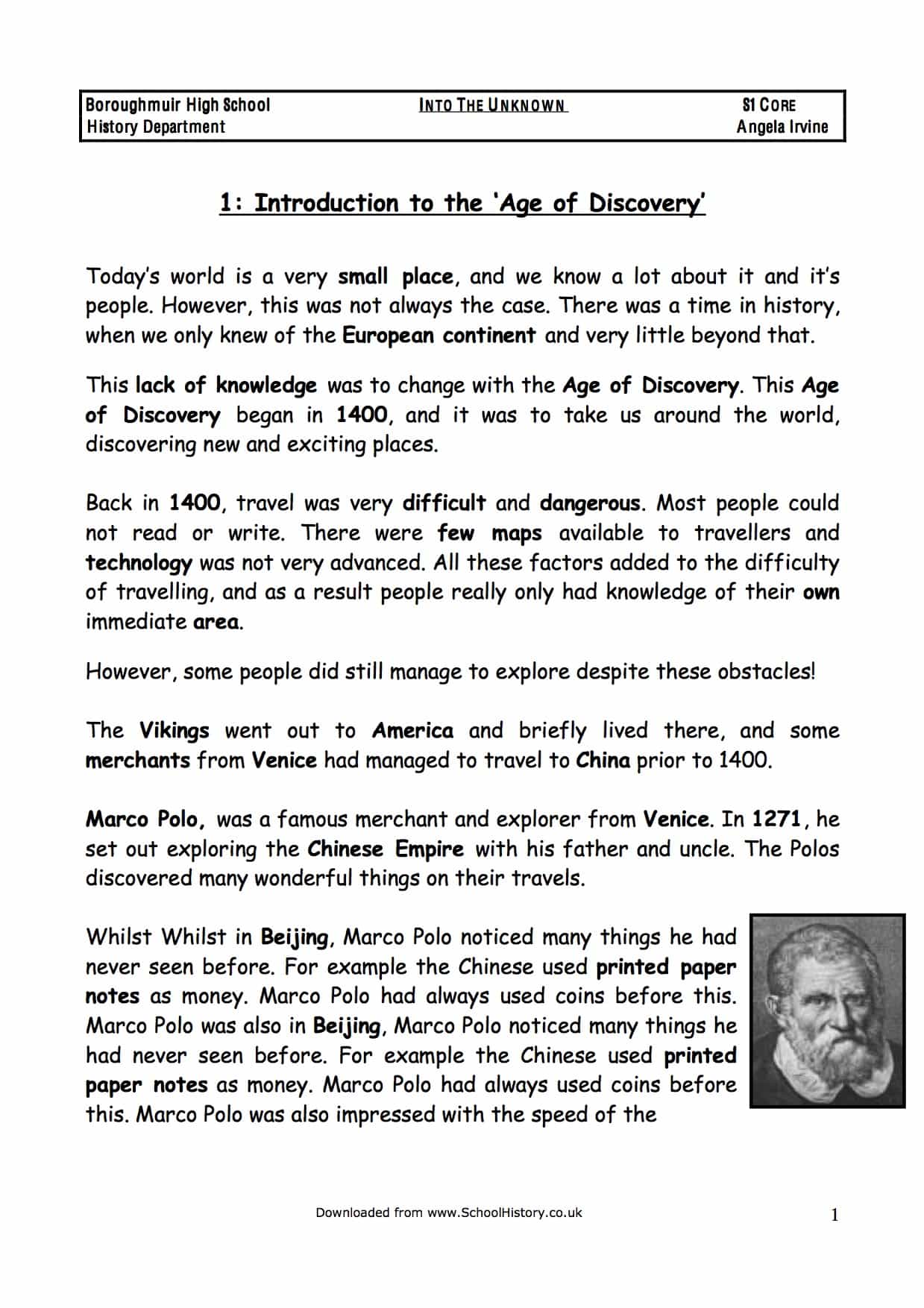 Today’s world is a very small place, and we know a lot about it and it’s people. However, this was not always the case. There was a time in history, when we only knew of the European continent and very little beyond that.

This lack of knowledge was to change with the Age of Discovery. This Age of Discovery began in 1400, and it was to take us around the world, discovering new and exciting places.

Back in 1400, travel was very difficult and dangerous. Most people could not read or write. There were few maps available to travellers and technology was not very advanced. All these factors added to the difficulty of travelling, and as a result people really only had knowledge of their own immediate area.

However, some people did still manage to explore despite these obstacles! The Vikings went out to America and briefly lived there, and some merchants from Venice had managed to travel to China prior to 1400.

Marco Polo, was a famous merchant and explorer from Venice. In 1271, he set out exploring the Chinese Empire with his father and uncle. The Polos discovered many wonderful things on their travels.

In 1298, whilst a prisoner of war in Genoa, Marco Polo recited his tales to a fellow prisoner called Rusticello. Rusticello was a writer, and turned Polo’s stories into a book called The Travels of Marco Polo. This book described travel, trade, people and places in the east during the middle ages. It was something of a best seller. People who read it learnt a great deal about land in the east.

Marco Polo’s book was to catch the imagination of many other travellers and explorers. Christopher Columbus was one such explorer who read the book and took careful notes on it. He dreamt of the day he might find his way to the east.