The Indiginous People of North America 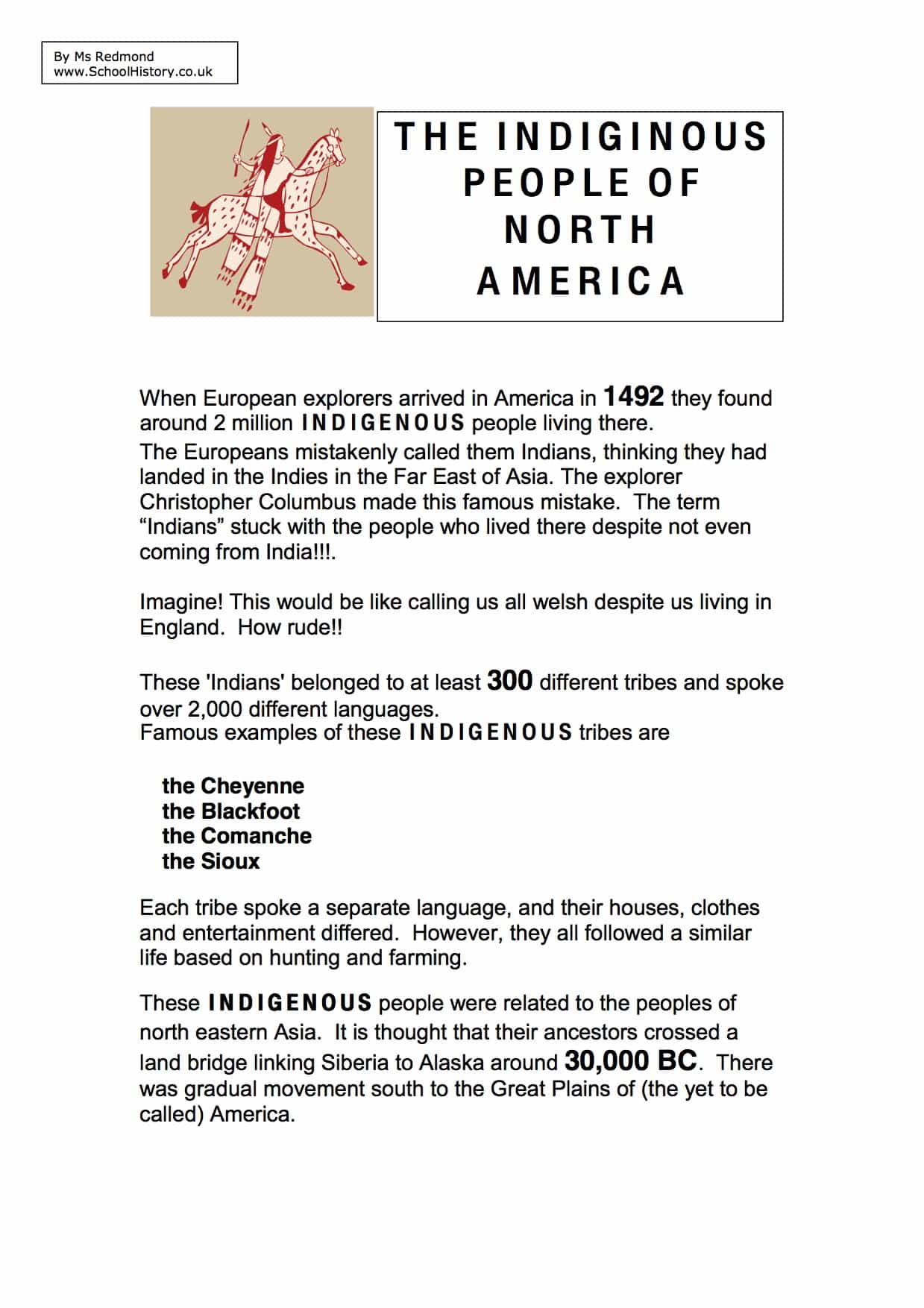 When European explorers arrived in America in 1492 they found around 2 million INDIGENOUS people living there. The Europeans mistakenly called them Indians, thinking they had landed in the Indies in the Far East of Asia. The explorer Christopher Columbus made this famous mistake. The term “Indians” stuck with the people who lived there despite not even coming from India!!!.

Imagine! This would be like calling us all welsh despite us living in England. How rude!! These ‘Indians’ belonged to at least 300 different tribes and spoke over 2,000 different languages.

Famous examples of these INDIGENOUS tribes are

Each tribe spoke a separate language, and their houses, clothes and entertainment differed. However, they all followed a similar life based on hunting and farming. These INDIGENOUS people were related to the peoples of north eastern Asia. It is thought that their ancestors crossed a land bridge linking Siberia to Alaska around 30,000 BC. There was gradual movement south to the Great Plains of (the yet to be called) America. In this unit you will come across terms to describe the INDIGENOUS people who lived in North America. Some books still call these people Indians but we should use more “politically correct” ways in which to describe the people we will be studying.

Today we use the term “Native Americans”. This is the term you will be expected to use.