The Irish Rebellion: What Kind of Man Was Oliver Cromwell?

Download The Irish Rebellion: What Kind of Man Was Oliver Cromwell? 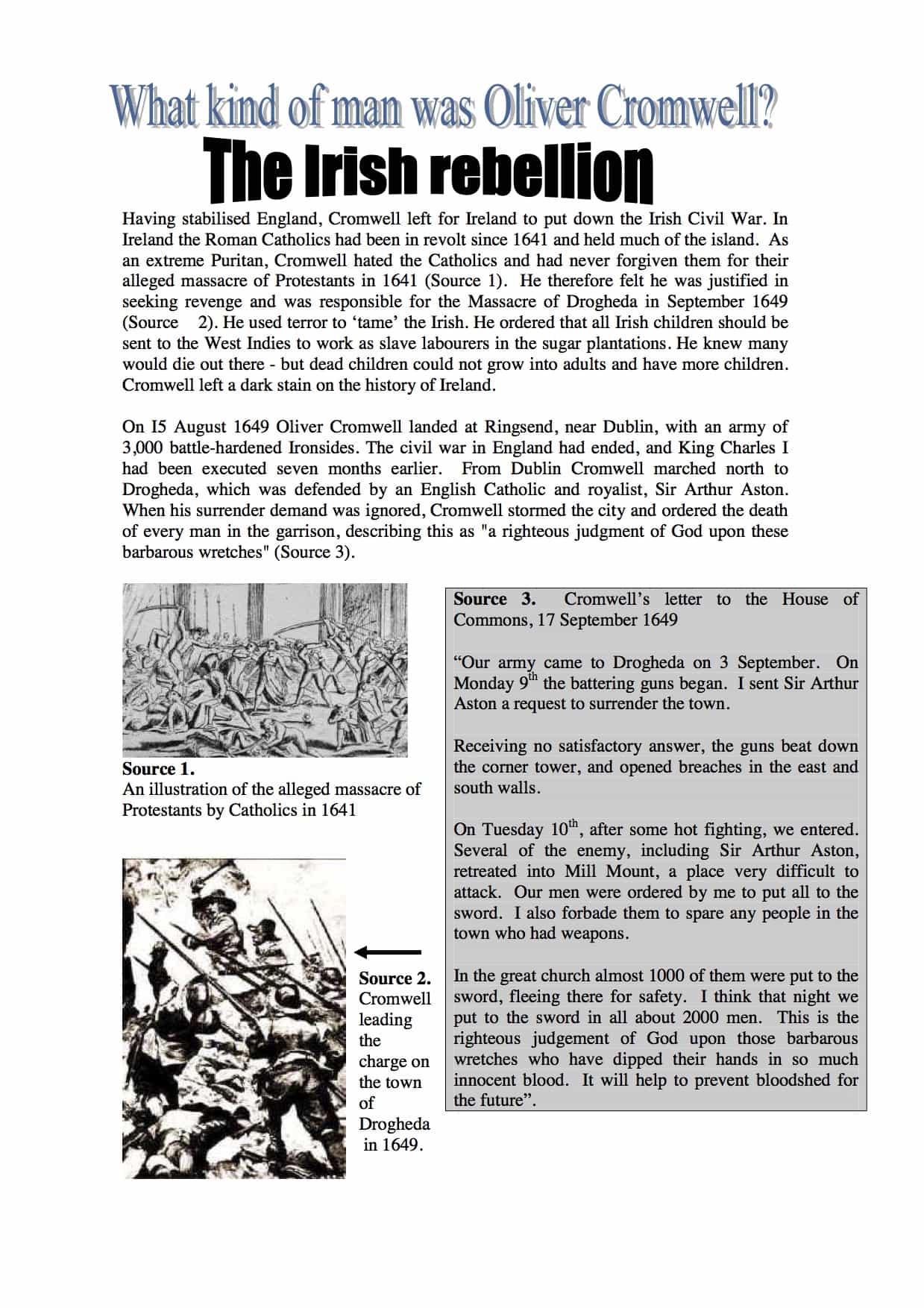 Having stabilised England, Cromwell left for Ireland to put down the Irish Civil War. In Ireland the Roman Catholics had been in revolt since 1641 and held much of the island. As an extreme Puritan, Cromwell hated the Catholics and had never forgiven them for their alleged massacre of Protestants in 1641 (Source 1). He therefore felt he was justified in seeking revenge and was responsible for the Massacre of Drogheda in September 1649 (Source 2). He used terror to ‘tame’ the Irish. He ordered that all Irish children should be sent to the West Indies to work as slave labourers in the sugar plantations. He knew many would die out there – but dead children could not grow into adults and have more children. Cromwell left a dark stain on the history of Ireland.

On I5 August 1649 Oliver Cromwell landed at Ringsend, near Dublin, with an army of 3,000 battle-hardened Ironsides. The civil war in England had ended, and King Charles I had been executed seven months earlier. From Dublin Cromwell marched north to Drogheda, which was defended by an English Catholic and royalist, Sir Arthur Aston. When his surrender demand was ignored, Cromwell stormed the city and ordered the death of every man in the garrison, describing this as “a righteous judgment of God upon these barbarous wretches”