The Two Sides in the English Civil War

Download The Two Sides in the English Civil War 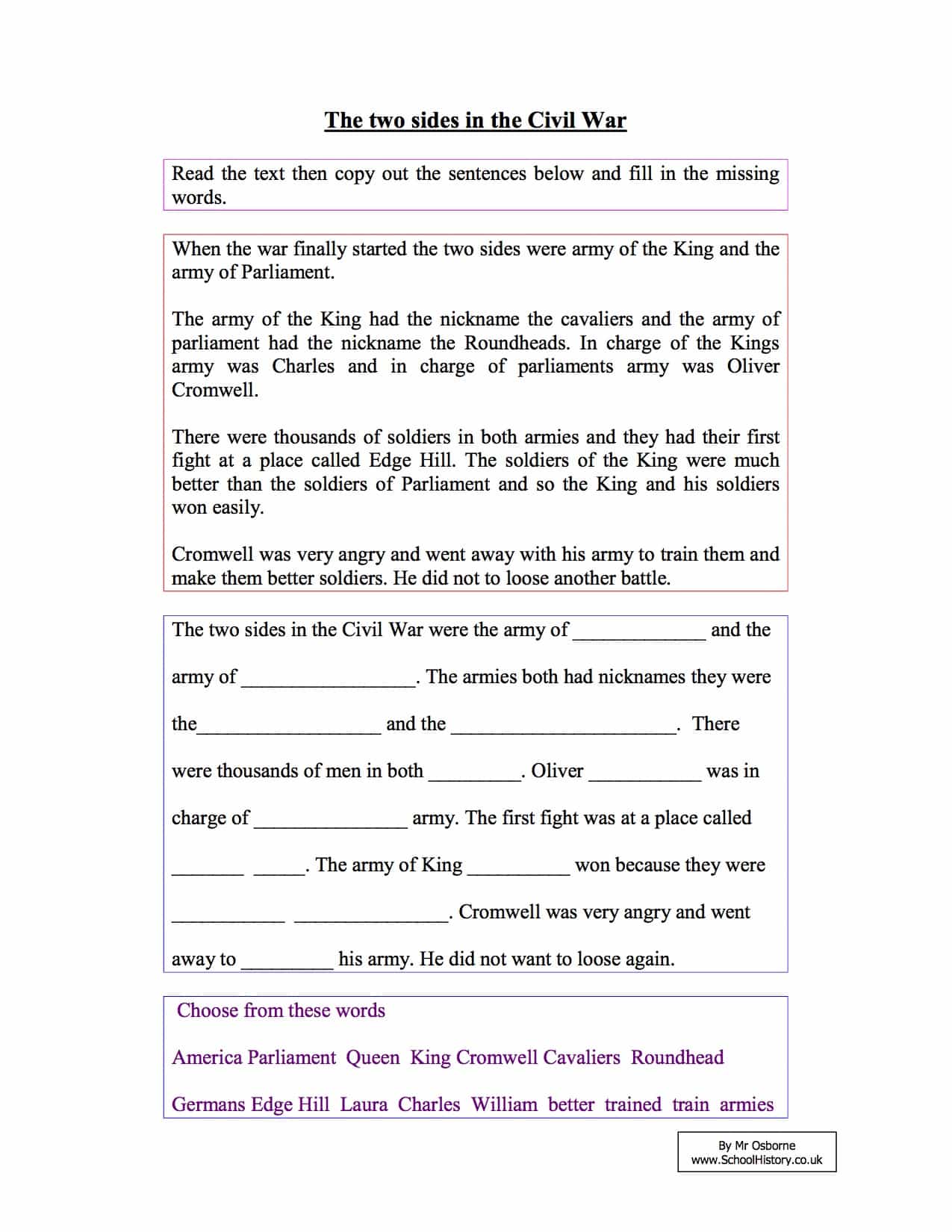 When the war finally started the two sides were army of the King and the army of Parliament.

There were thousands of soldiers in both armies and they had their first fight at a place called Edge Hill. The soldiers of the King were much better than the soldiers of Parliament and so the King and his soldiers won easily.

Cromwell was very angry and went away with his army to train them and make them better soldiers. He did not to loose another battle.