Do you want to save dozens of hours in time? Get your evenings and weekends back? Be able to teach about Tyrone's Rebellion to your students? 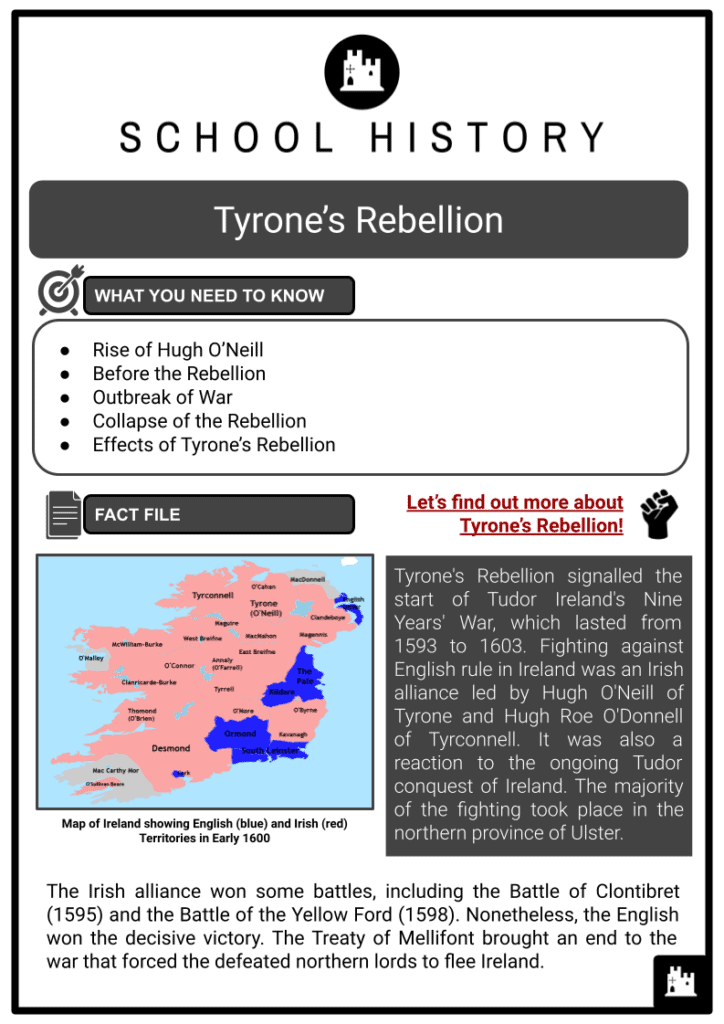 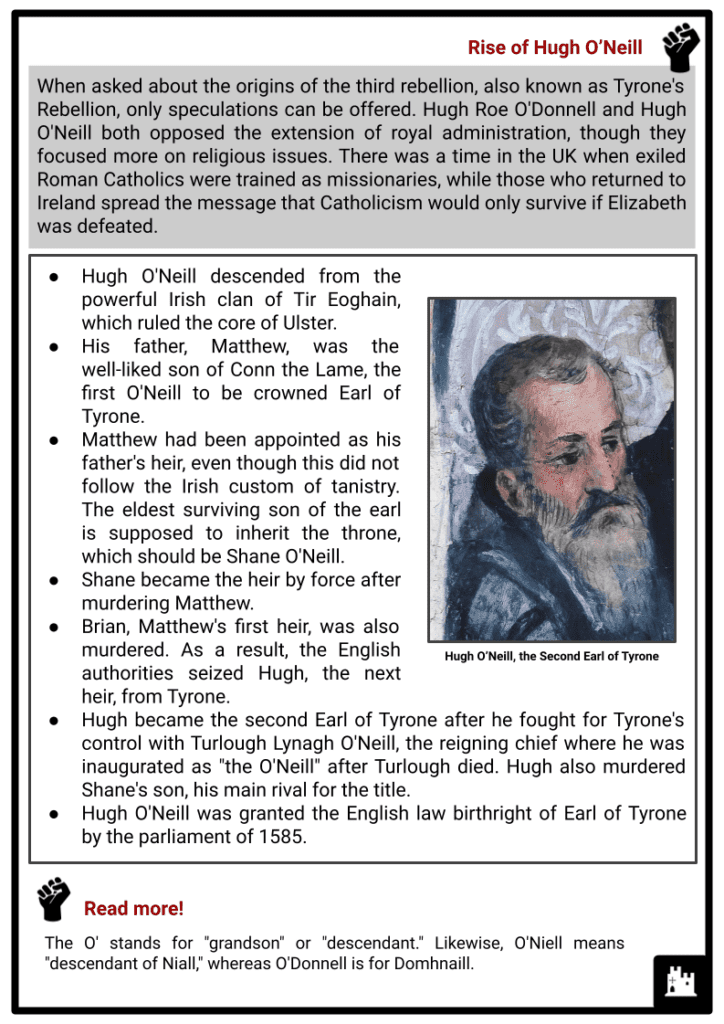 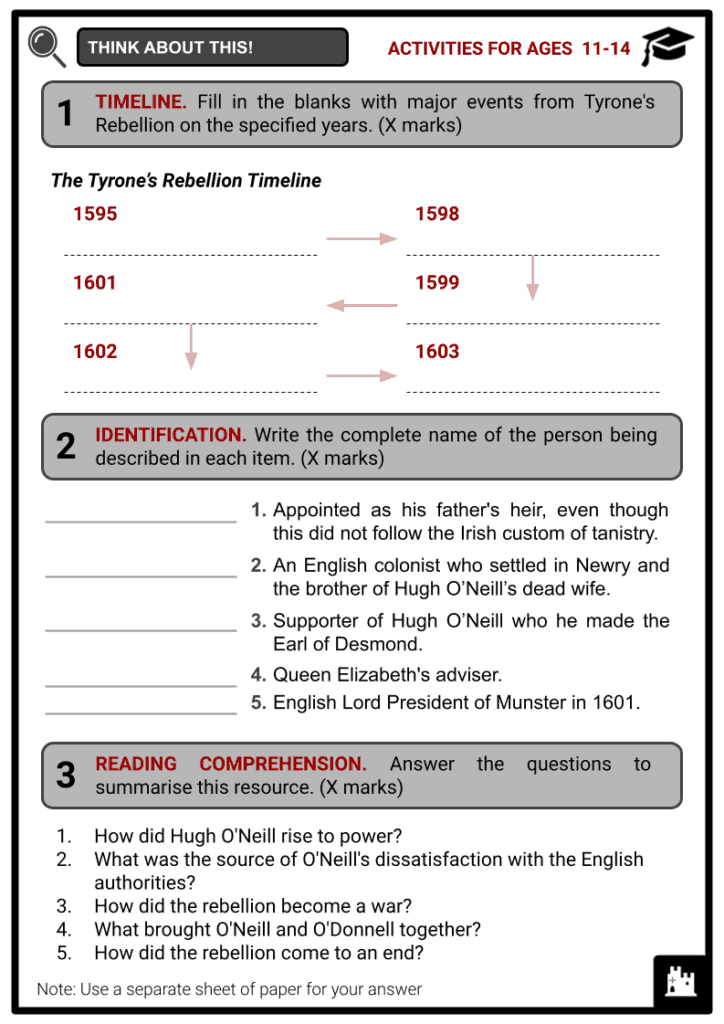 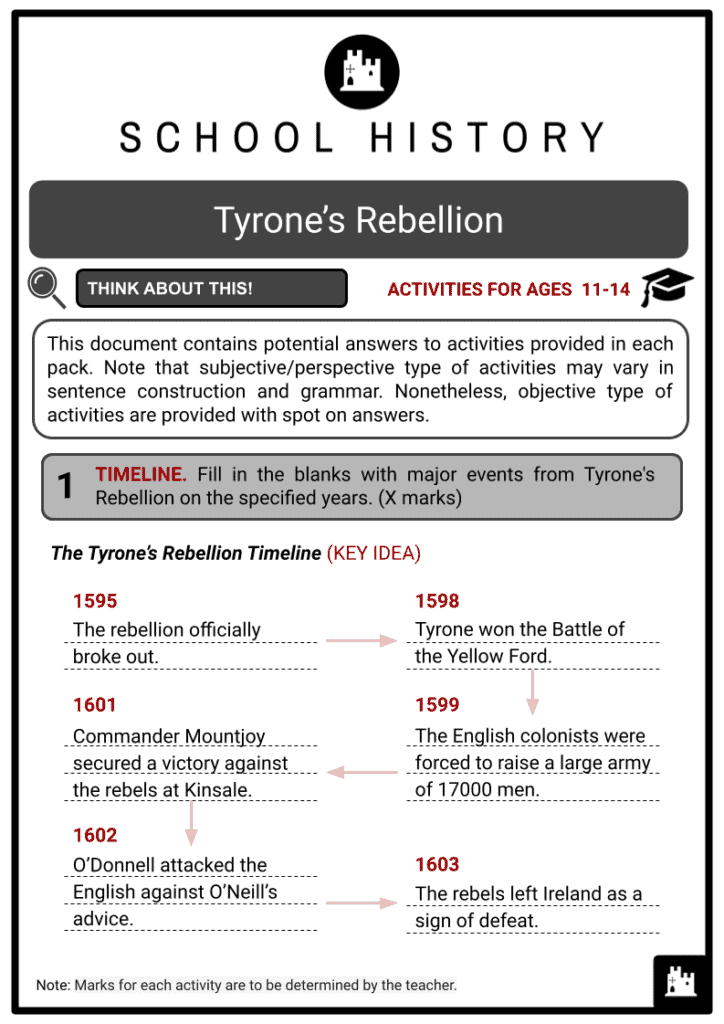 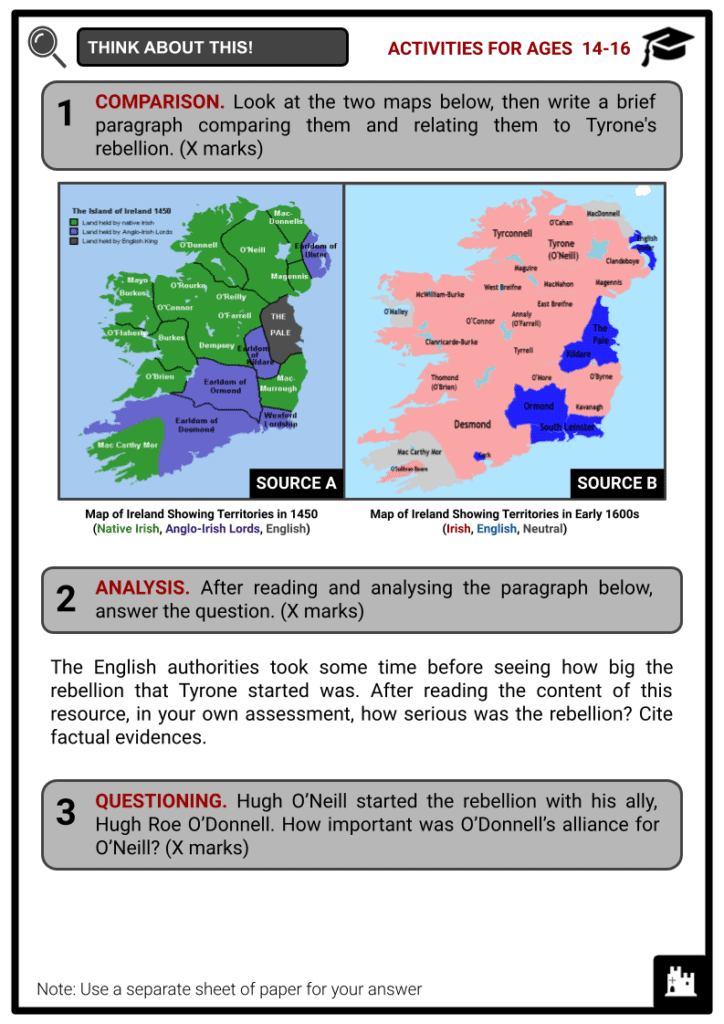 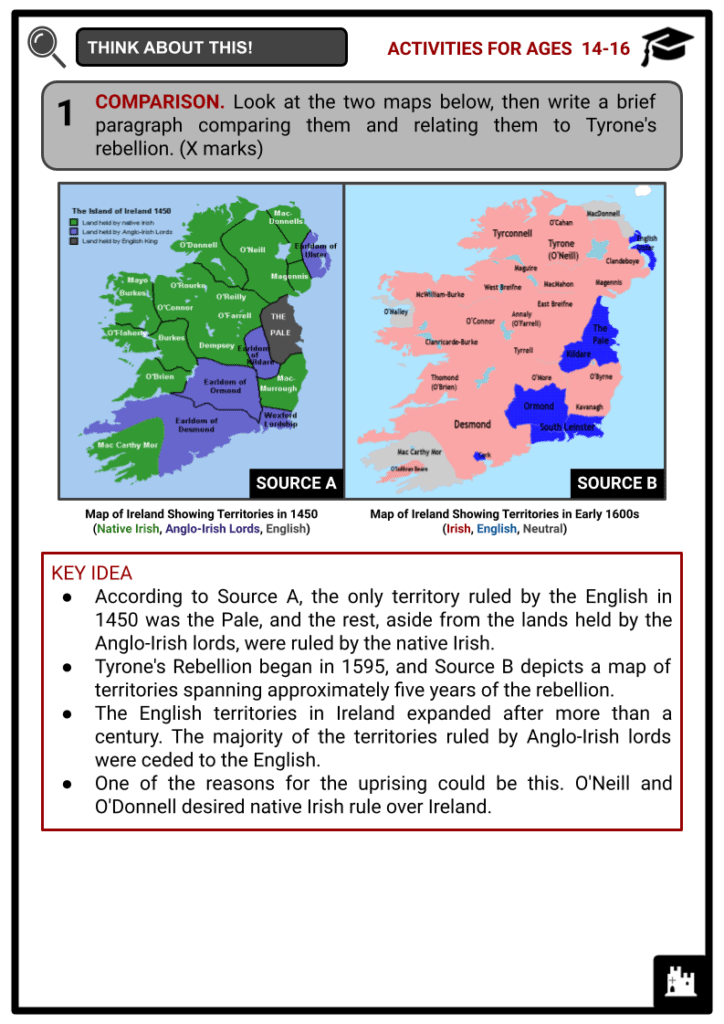 Tyrone's Rebellion signalled the start of Tudor Ireland's Nine Years' War, which lasted from 1593 to 1603. Fighting against English rule in Ireland was an Irish alliance led by Hugh O'Neill of Tyrone and Hugh Roe O'Donnell of Tyrconnell. It was also a reaction to the ongoing Tudor conquest of Ireland. The majority of the fighting took place in the northern province of Ulster.

The Irish alliance won some battles, including the Battle of Clontibret (1595) and the Battle of the Yellow Ford (1598). Nonetheless, the English won the decisive victory. The Treaty of Mellifont brought an end to the war that forced the defeated northern lords to flee Ireland.

Collapse of the Rebellion