Do you want to save dozens of hours in time? Get your evenings and weekends back? Be able to teach about William Tyndale to your students? 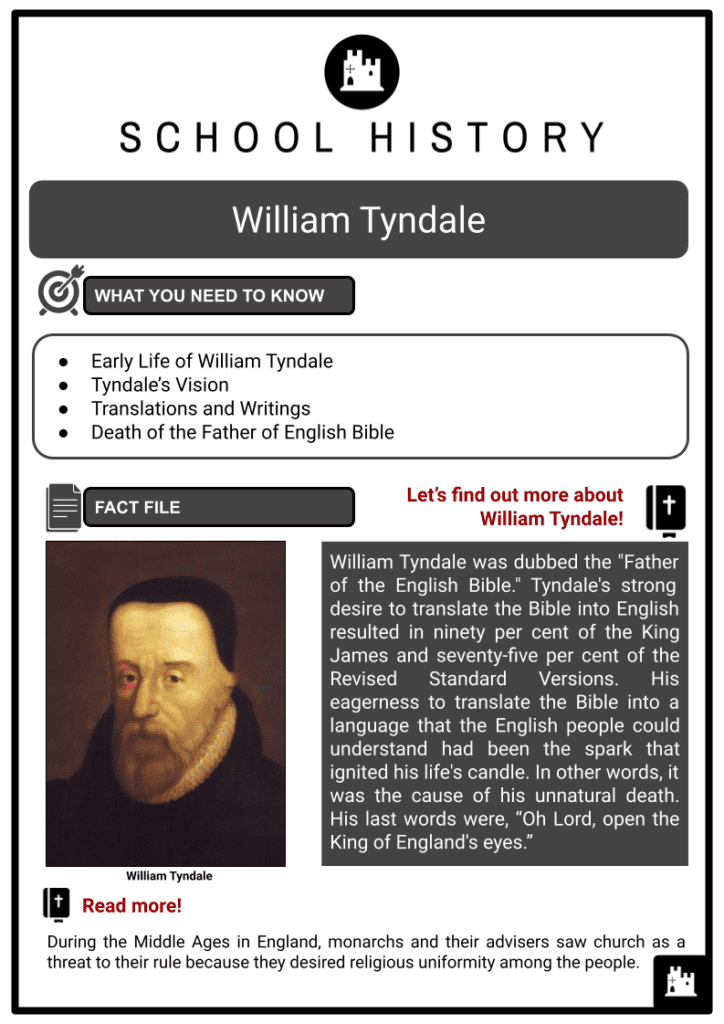 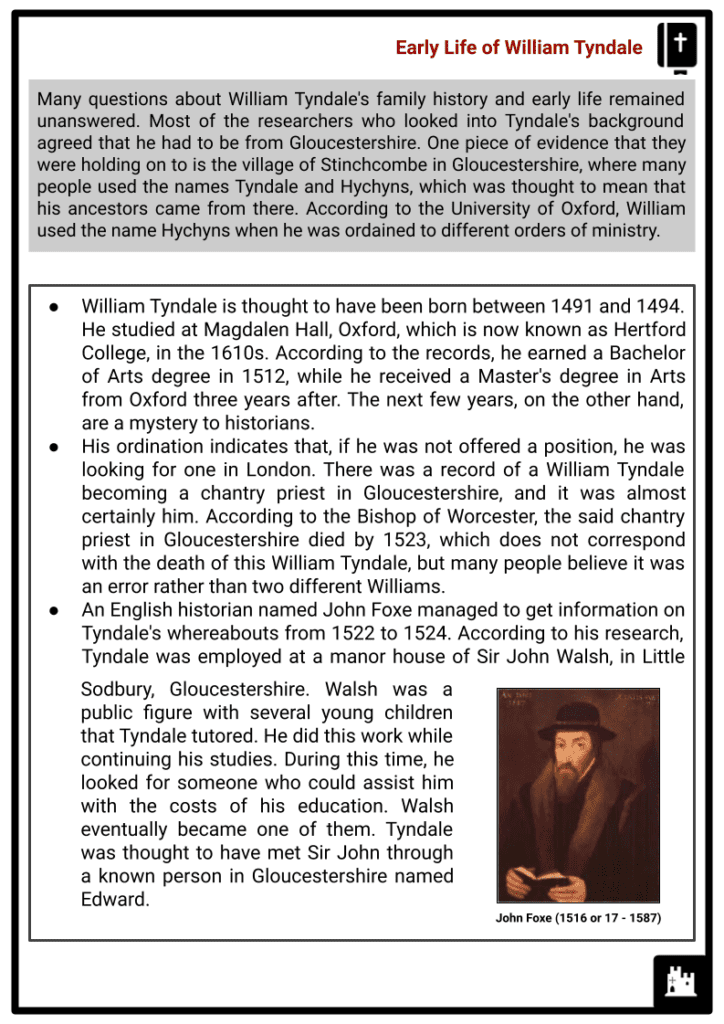 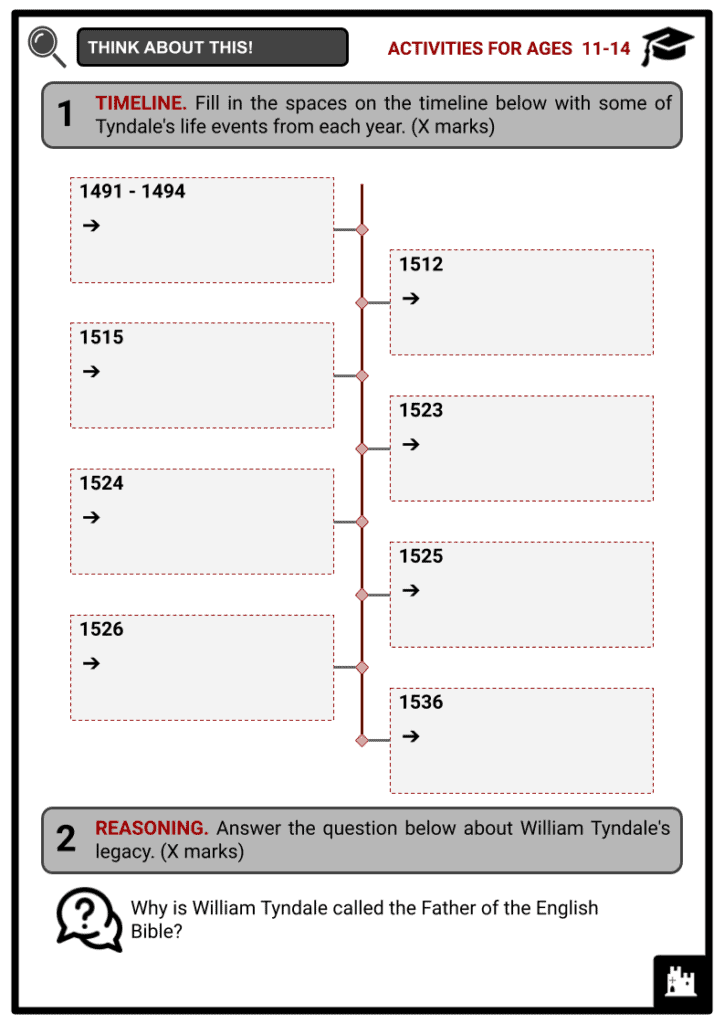 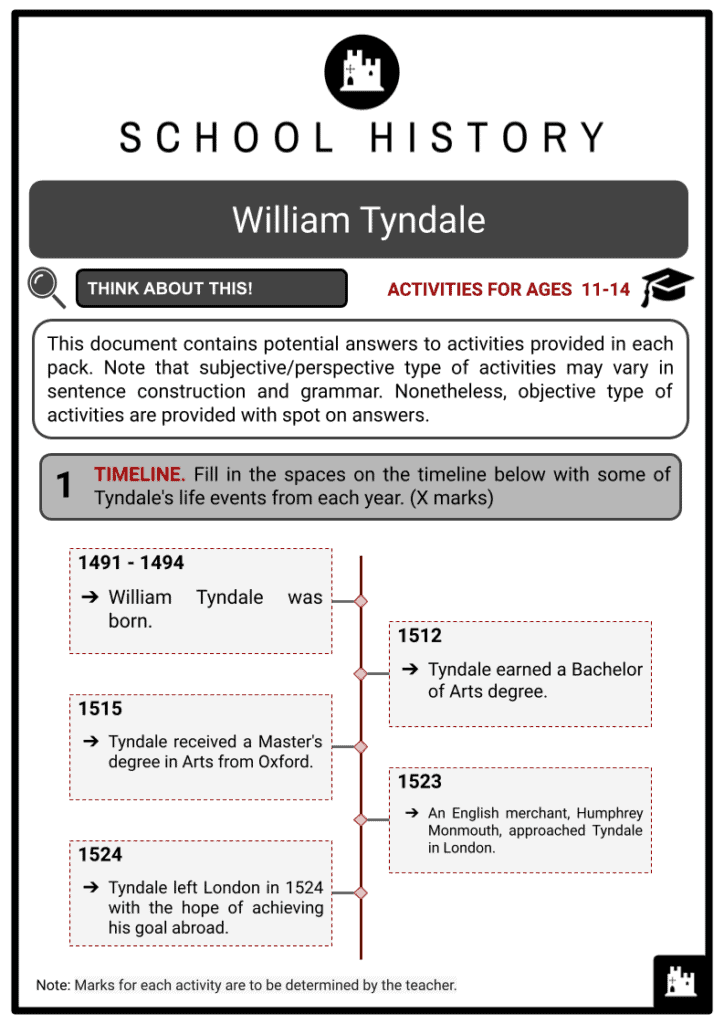 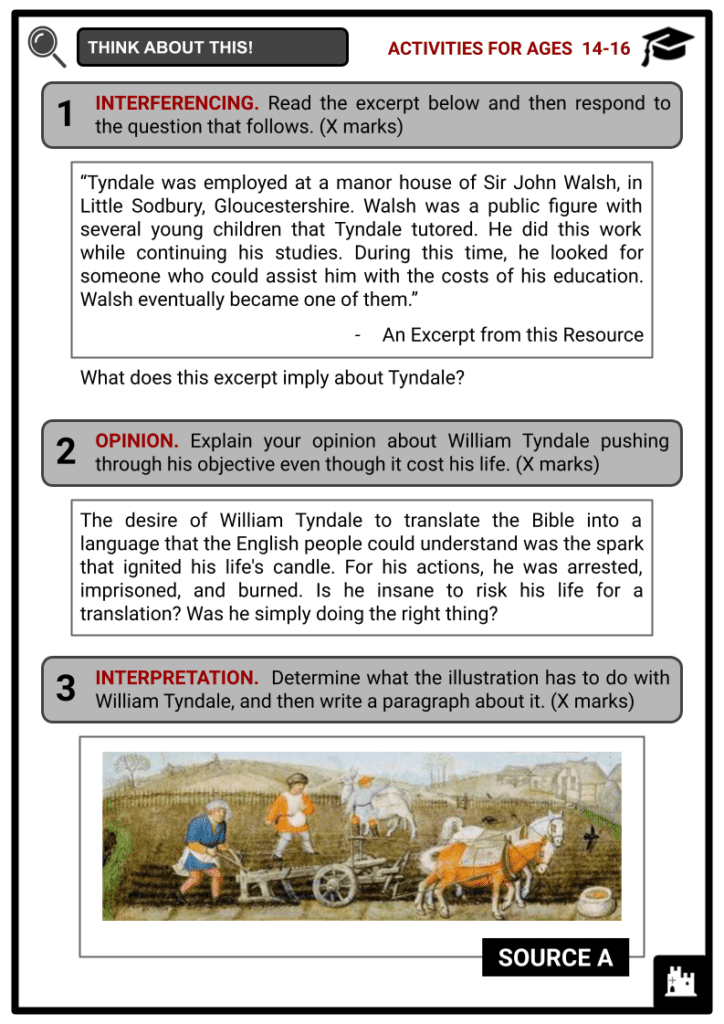 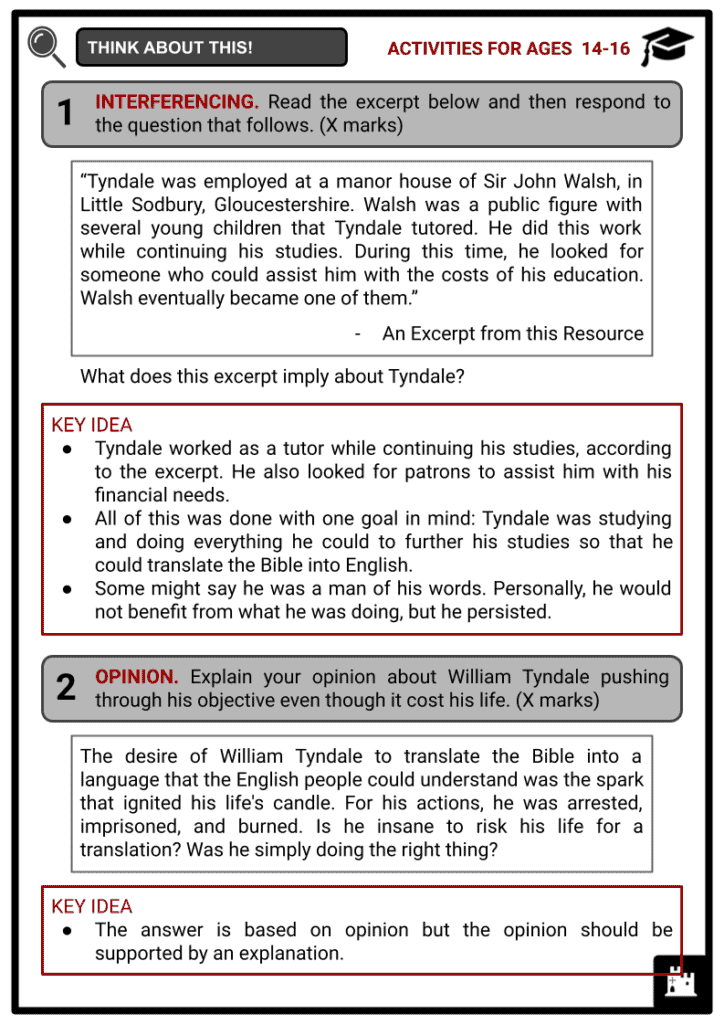 William Tyndale was dubbed the "Father of the English Bible." Tyndale's strong desire to translate the Bible into English resulted in ninety percent of King James and seventy-five percent of the Revised Standard Versions. His eagerness to translate the Bible into a language that the English people could understand had been the spark that ignited his life's candle. In other words, it was the cause of his unnatural death. His last words were, “Oh Lord, open the King of England's eyes.”

During the Middle Ages in England, monarchs and their advisers saw the church as a threat to their rule because they desired religious uniformity among the people.

Death of the Father of the English Bible