Do you want to save dozens of hours in time? Get your evenings and weekends back? Be fully prepared to teach any Eduqas GCSE topic 1A?

Every Eduqas topic 1A is covered, and each module comes complete with:

1. England in the fourteenth century

2. The start of the Hundred Years’ War

What factors contributed to the outbreak of the Hundred Years’ War?
Required content: Overseas possessions of English kings; relations between France and Scotland; Isabella of France; Edward III’s claim; role of Philip of France; confiscation of Aquitaine; Edward III’s aims

3. The course of the War

What was the short term impact of the Black Death upon society?
Required content: Arrival of the Black Death; immediate impact; strains of plague; contemporary views; progress of the plague; factors aiding spread

5. Legacy of the Black Death

How important were the longer term consequences of the Black Death?
Required content: Population decrease; labour shortages; the Statute of Labourers; effects on survivors – wages, rents; art and medicine

What long and short-term factors led to the Peasants’ Revolt of 1381?
Required content: Effects of the Black Death; the issue of serfdom; religious ideas; John Ball; French Wars; the Poll Tax; role of Wat Tyler; events of May – June 1381

What was the significance of the Peasants’ Revolt?
Required content: Richard’s broken promises; Poll Tax; control of wages; decline of serfdom and the position of peasants; effects on the Hundred Years’ War 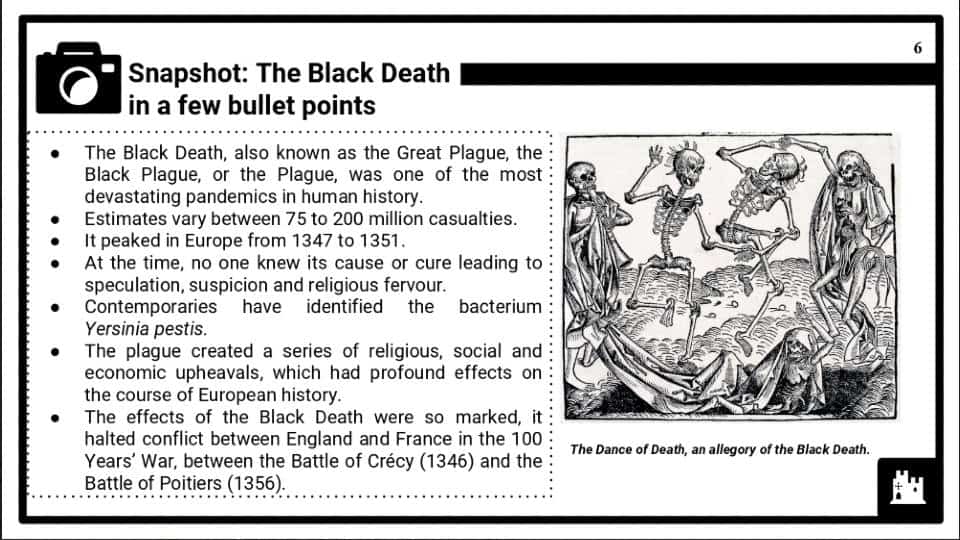 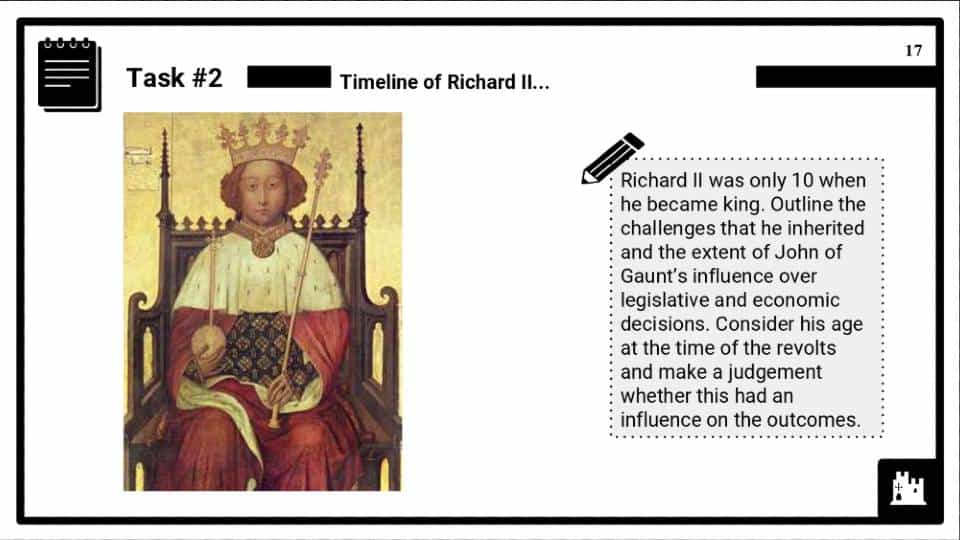 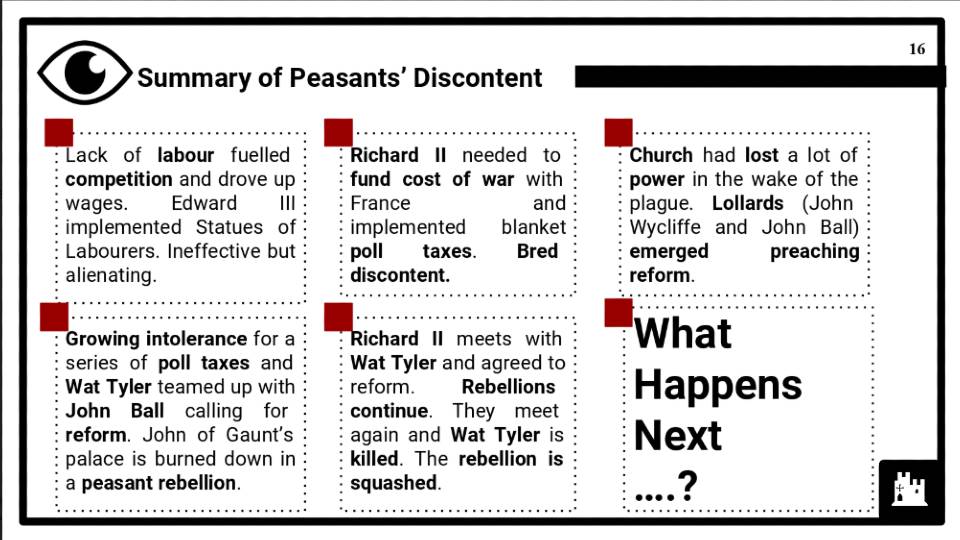