Do you want to save dozens of hours in time? Get your evenings and weekends back? Be fully prepared to teach any Eduqas GCSE topic 1G?

Every Eduqas topic 1G is covered, and each module comes complete with:

This module is from the Modern Era.

Impact of the First World War

What challenges were faced by the Weimar Republic from 1919-1923?
Required content: Impact of Versailles; weaknesses of Weimar government; political instability – Spartacist, Kapp, Munich Putsches; hyperinflation; events in the Ruhr 1923.

The Recovery of Weimar

End of the Weimar Republic

How did the Nazis consolidate their power between 1933 and 1934?
Required content: Hitler as Chancellor; Reichstag Fire; 1933 election and Enabling Act; trade unions and political parties; Night of the Long Knives; Hitler becomes Führer.

How did the Nazi economic, social and racial policies affect life in Germany?
Required content: Reducing unemployment; policy towards workers; women and the Three Ks; controlling education; the Hitler Youth Movement; treatment of the Jews.

What methods did the Nazis use to control Germany?
Required content: Use of the SS and Gestapo; control of the legal system; Goebbels and propaganda; use of rallies, radio and cinema; censorship of newspapers and the arts. 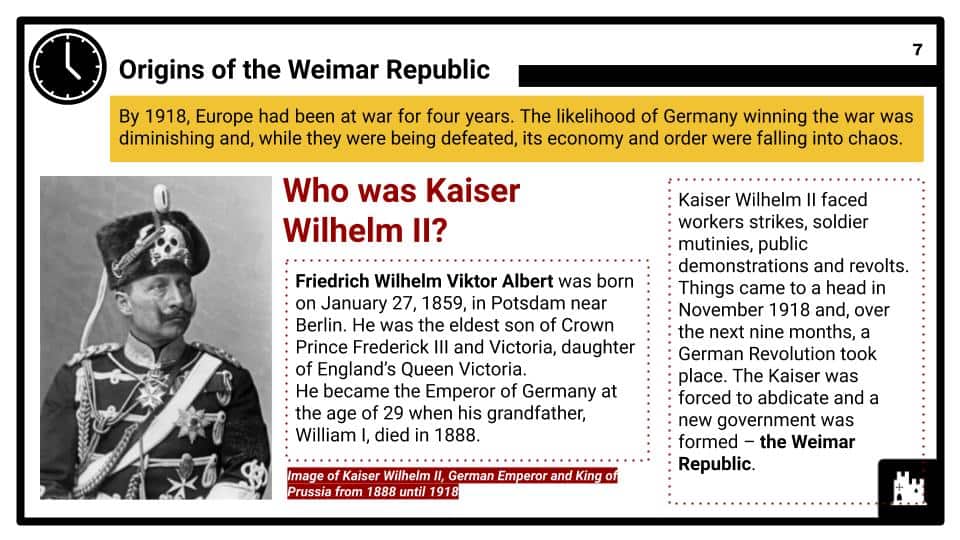 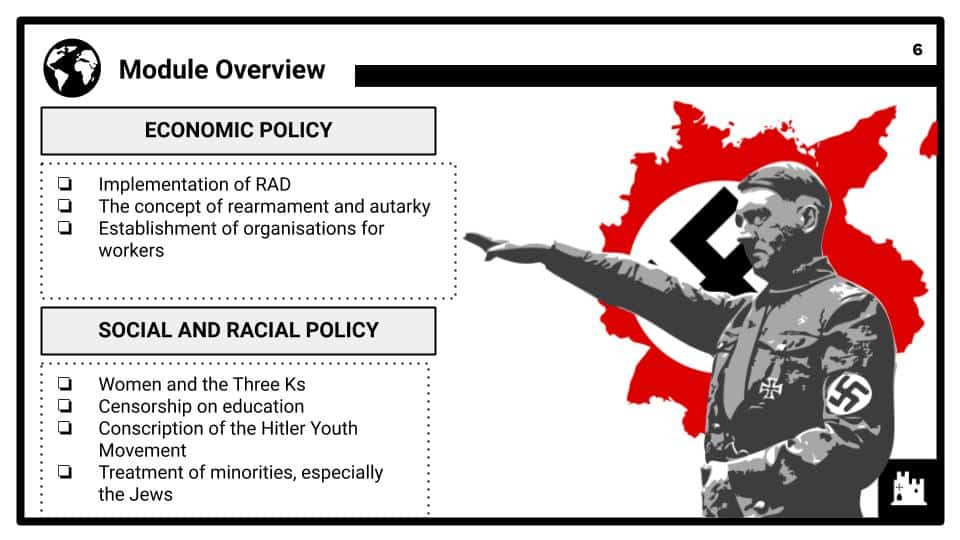 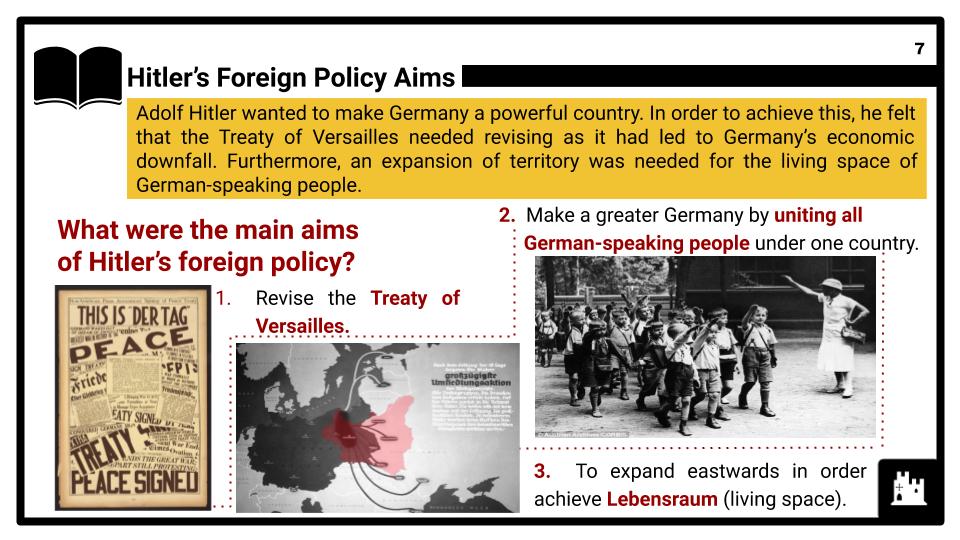 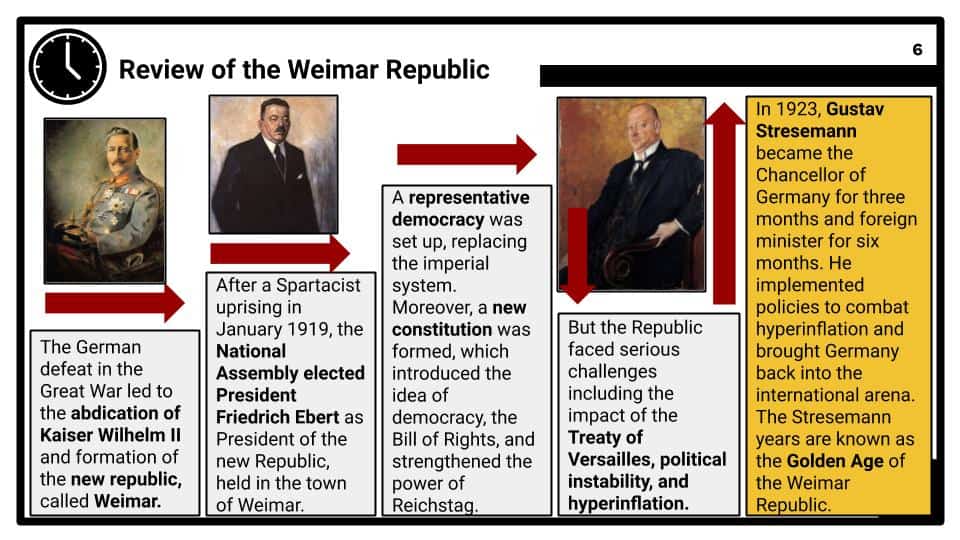 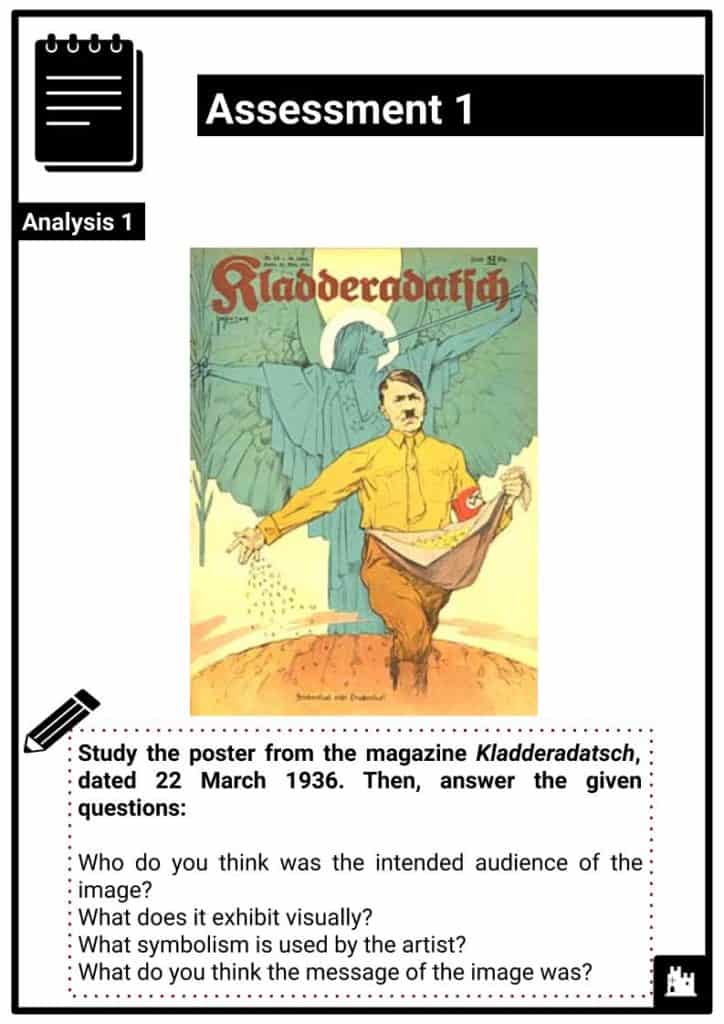 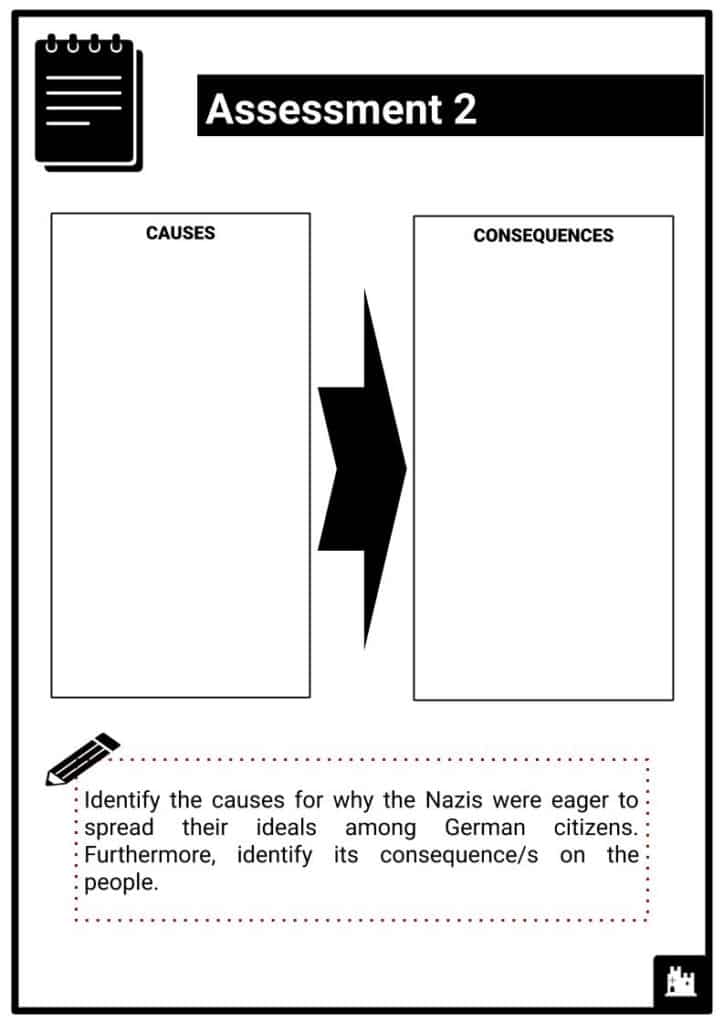