Do you want to save dozens of hours in time? Get your evenings and weekends back? Be fully prepared to teach any Eduqas GCSE topic 2C?

Every Eduqas topic 2C is covered, and each module comes complete with:

The rule of Stalin

How did Stalin achieve and maintain power in the USSR between 1924 and 1953?
Required content: Describe how Stalin consolidated power and won the USSR’s leadership contest; trace the mechanisms used in the establishment of the Cult of Stalin; assess Stalin’s actions and policies in maintaining power until his death.

The impact of World War II

How was the USSR affected by WWII, 1939-45?
Required content: Describe how the USSR affected was by war between 1939 and 1945; trace how Operation Barbarossa took place; assess the impact of the Battles at Leningrad and Stalingrad.

The Collapse of Communism and Break-up of the USSR 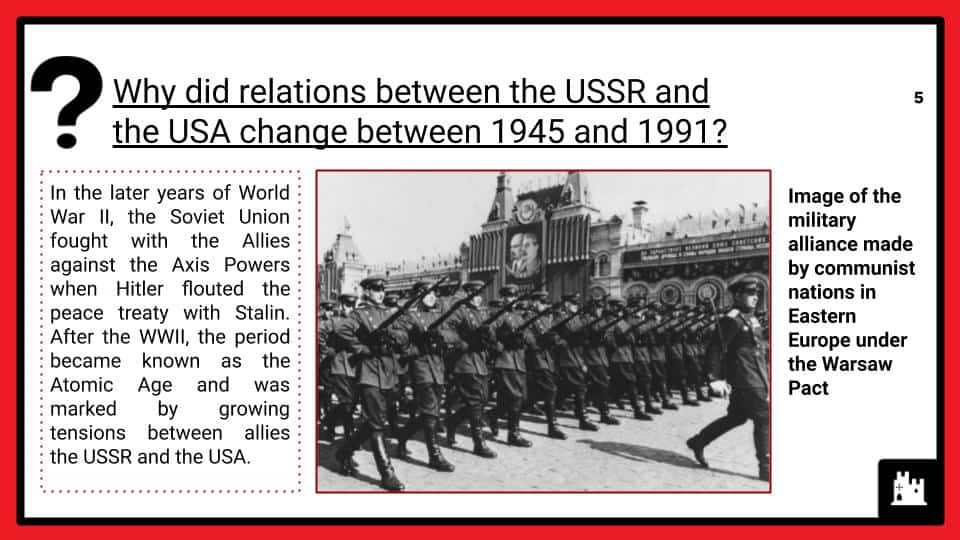 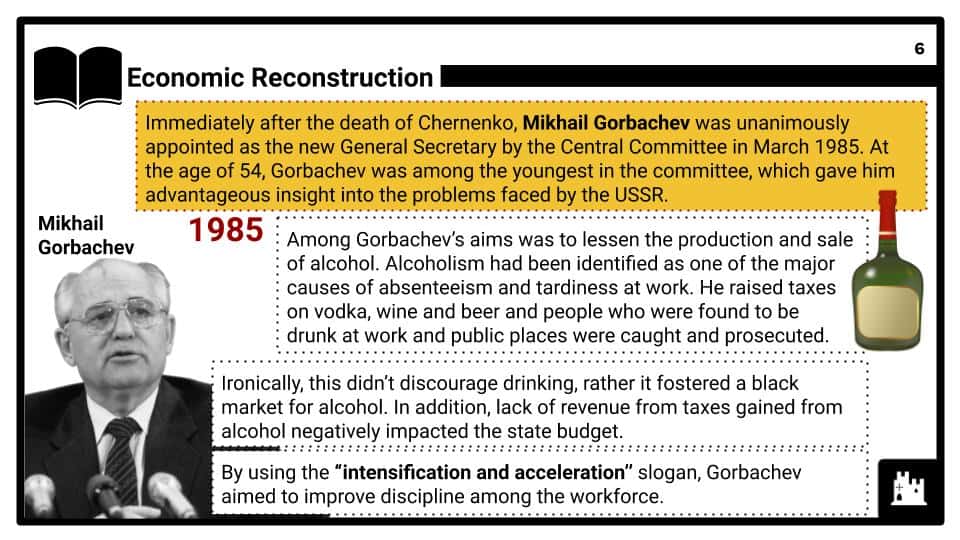 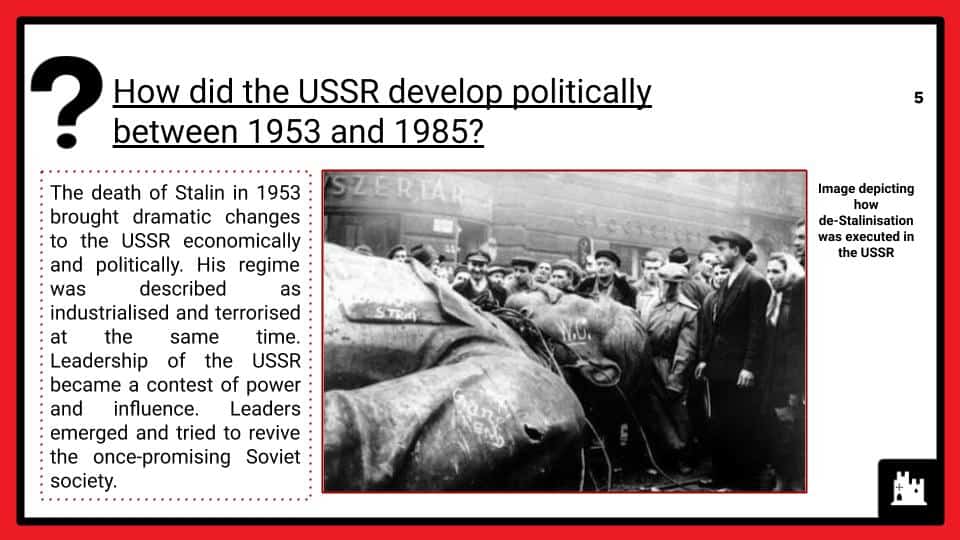 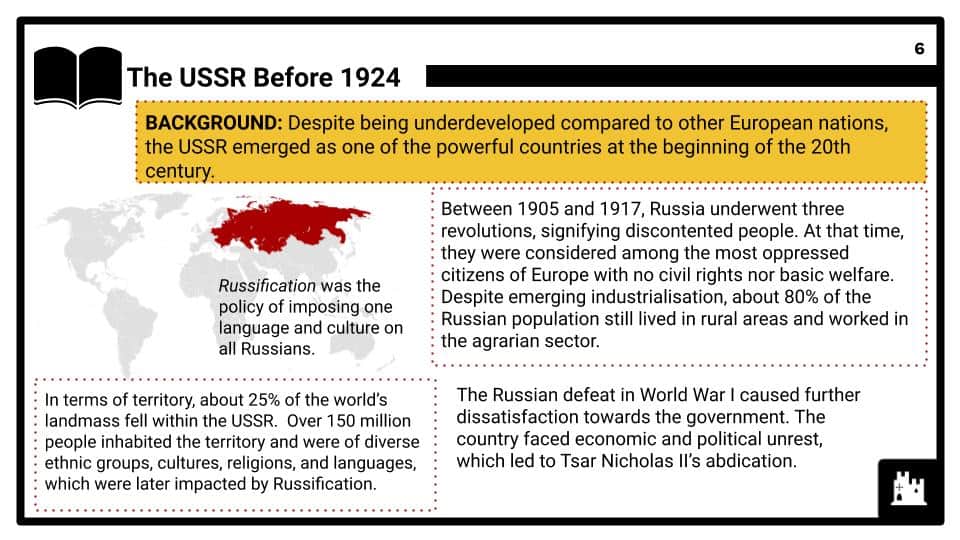 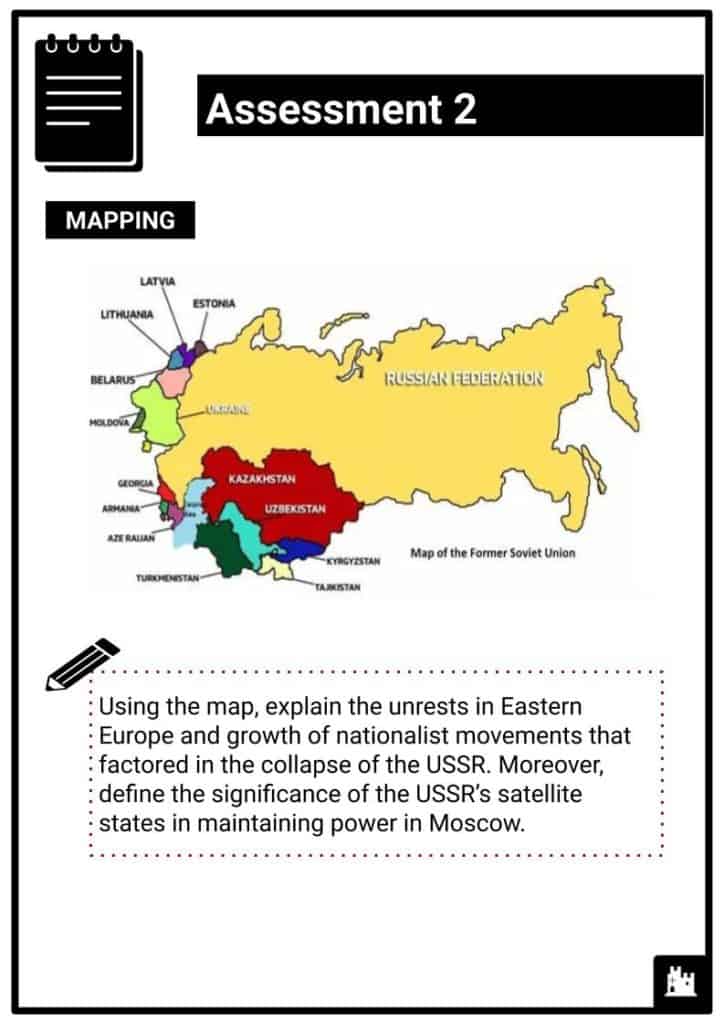