Do you want to save dozens of hours in time? Get your evenings and weekends back? Be fully prepared to teach any Eduqas GCSE topic 1B?

Every Eduqas topic 1B is covered, and each module comes complete with:

How successful was the government of Elizabeth I?
Required content: The coronation and popularity of Elizabeth; Royal Court; Privy Council and councillors; local government; the role of Parliament; taxation and freedom of speech

2. Lifestyles of the rich and poor

How did life differ for the rich and poor in Elizabethan England?
Required content: Contrasting lifestyles of rich and poor; homes and fashion; causes of poverty; issues of unemployment and vagrancy; government legislation including the 1601 Poor Law

4. The problem of religion

How successfully did Elizabeth deal with the problem of religion?
Required content: Religious problems in 1559; aims of the Religious Settlement; the “Middle Way”; Acts of Uniformity and Supremacy; reactions to the Settlement

Why were the Catholics such a serious threat to Elizabeth?
Required content: Early toleration; excommunication in 1570; recusancy; Rebellion of the Northern Earls; Catholic plots – Ridolfi, Throckmorton, Babington; role of Mary, Queen of Scots

How much of a threat was the Spanish Armada?
Required content: Reasons for the Armada; war in the Netherlands; course of the Armada – events in the Channel, Calais, fire ships, and return to Spain; results of the Armada

Why did the Puritans become an increasing threat during Elizabeth’s reign?
Required content: Puritanism; challenges to the Settlement; Puritan opposition in Parliament and Privy Council; measures taken to deal with the Puritan challenge 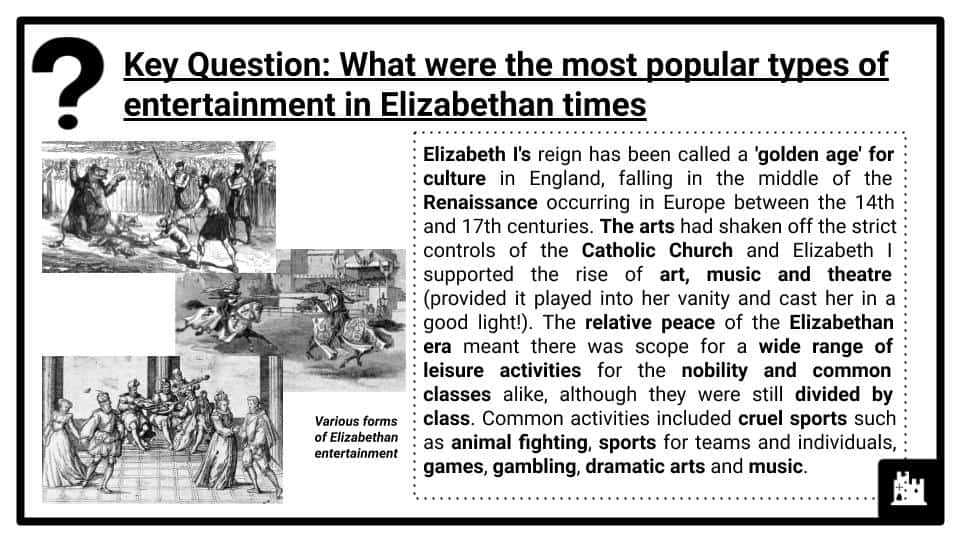 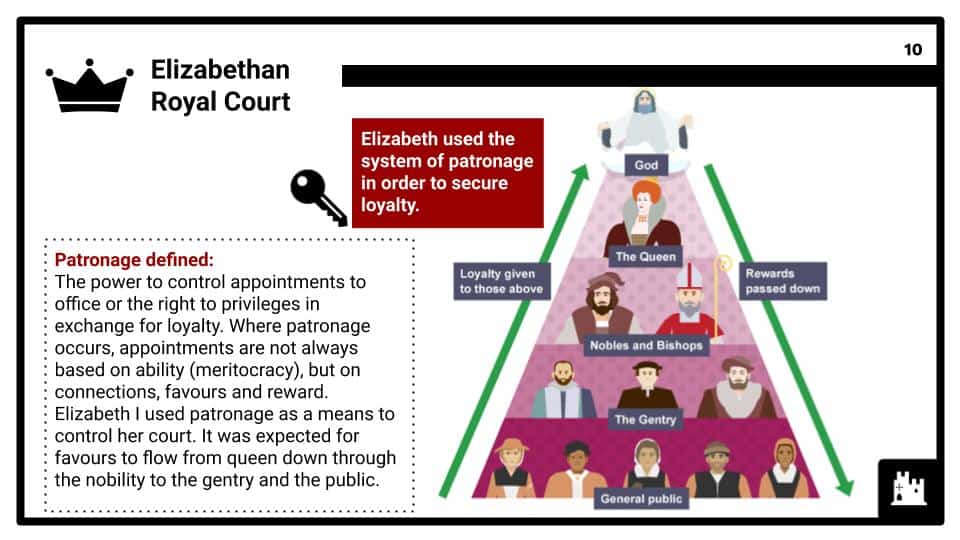 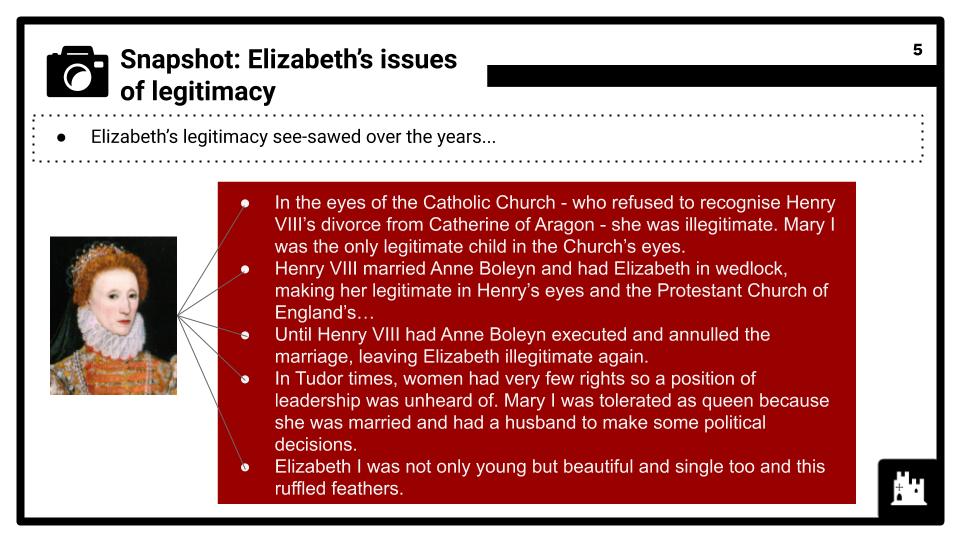 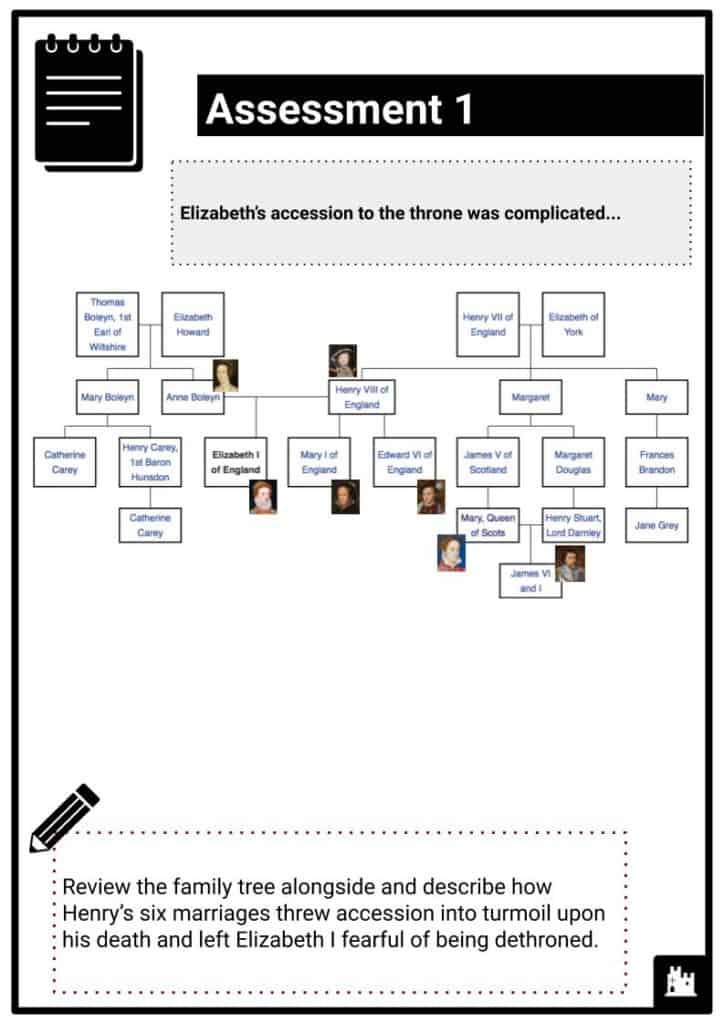 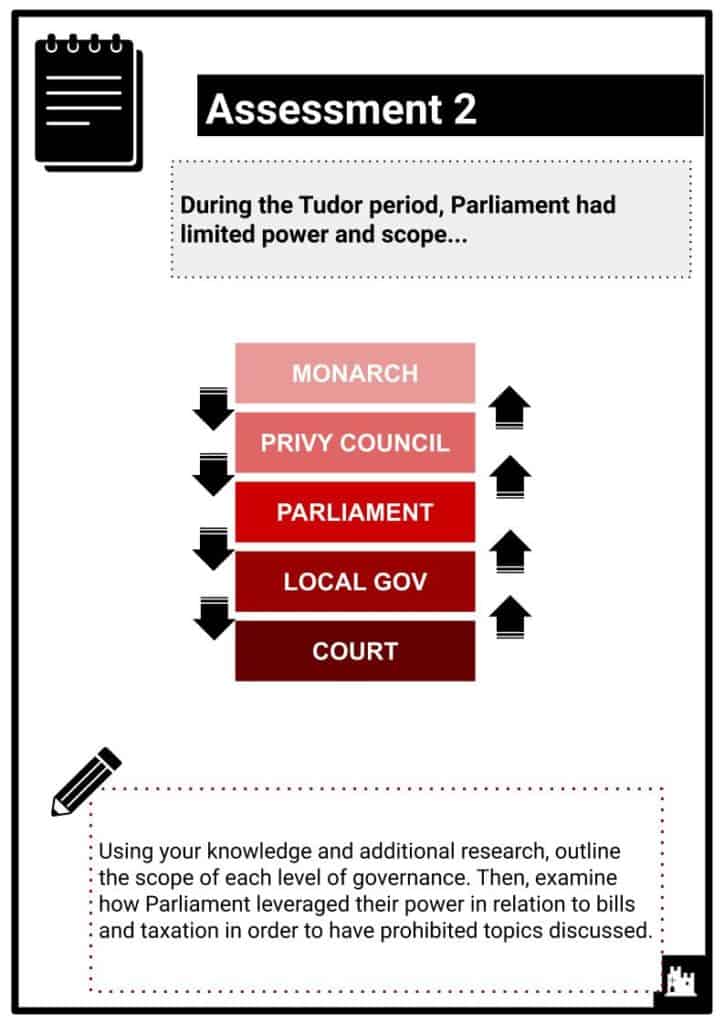