Understanding Bias materials. Teach your student(s) how to understand the meaning and nature of historical bias. Suitable for any budding historian. Download today and use in the classroom or homeschool environment.

This resource covers the concept of HISTORICAL BIAS as used in several topics, including:

Since the beginning of history as a discipline, bias has been a part of it. Bias is the creator’s perspective which could be strongly pro or against the source. Historical sources (primary and secondary) and investigations could be subjected to either conscious or unconscious bias.

Bias can either be positive or negative which is possible to figure out in a source. A source is considered balanced in the absence of any bias.

Historical bias can be seen in both writing and teaching. A historian or a person with bias refused to consider alternative points of view. In analysing any historical sources, it is important to identify the creator’s bias. Here are some points in knowing if a source is biased. 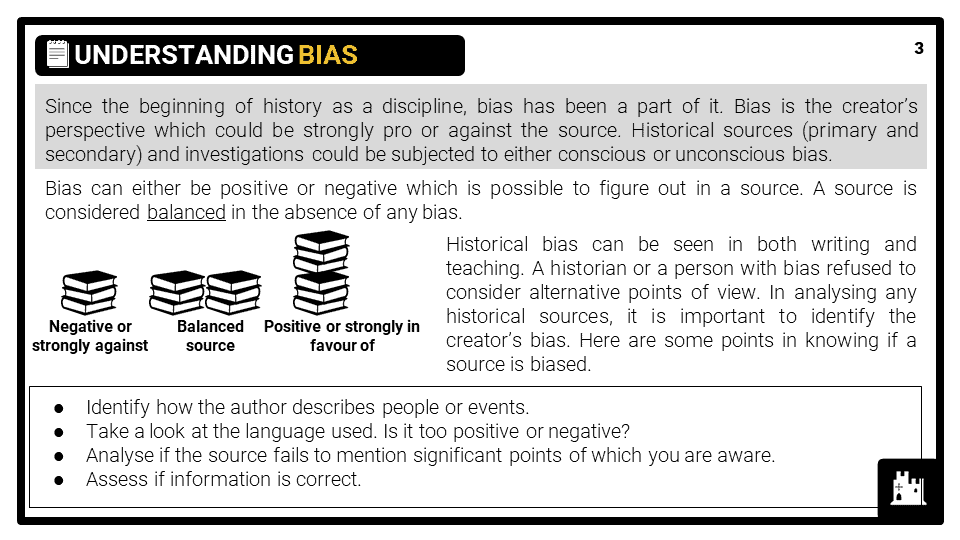 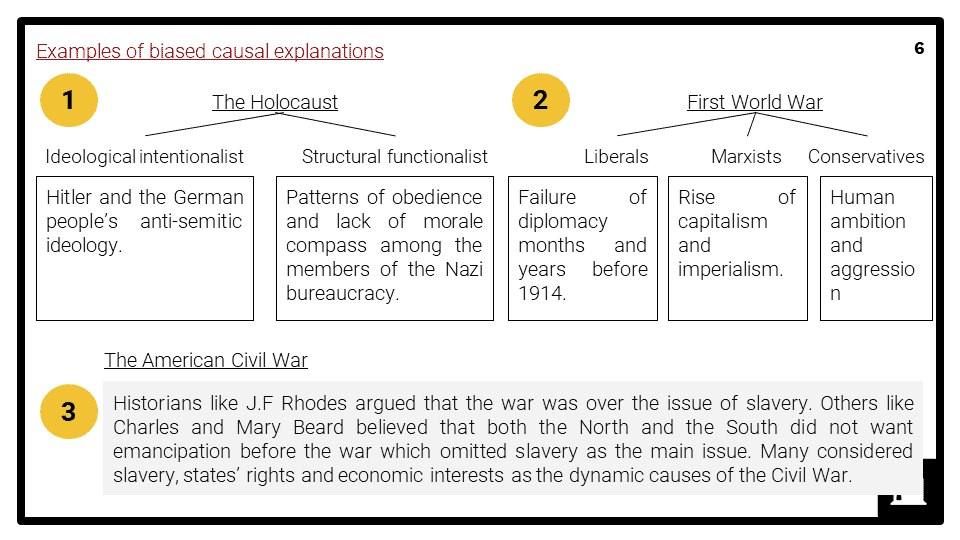 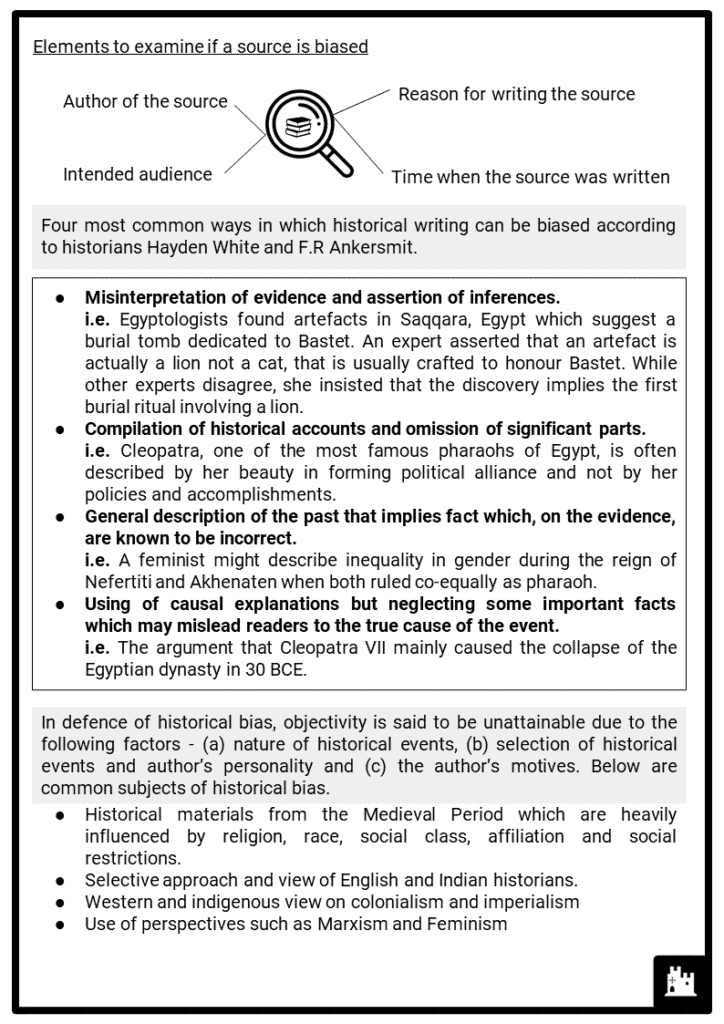 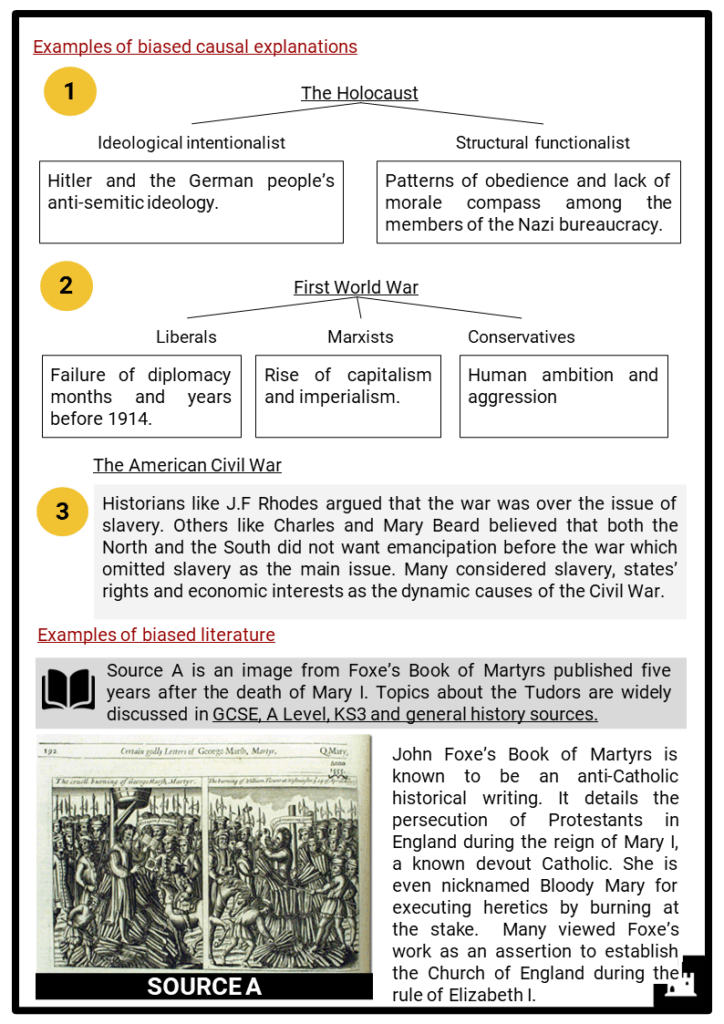