School History > Industrial Age > An Overview of France in 1795
Free 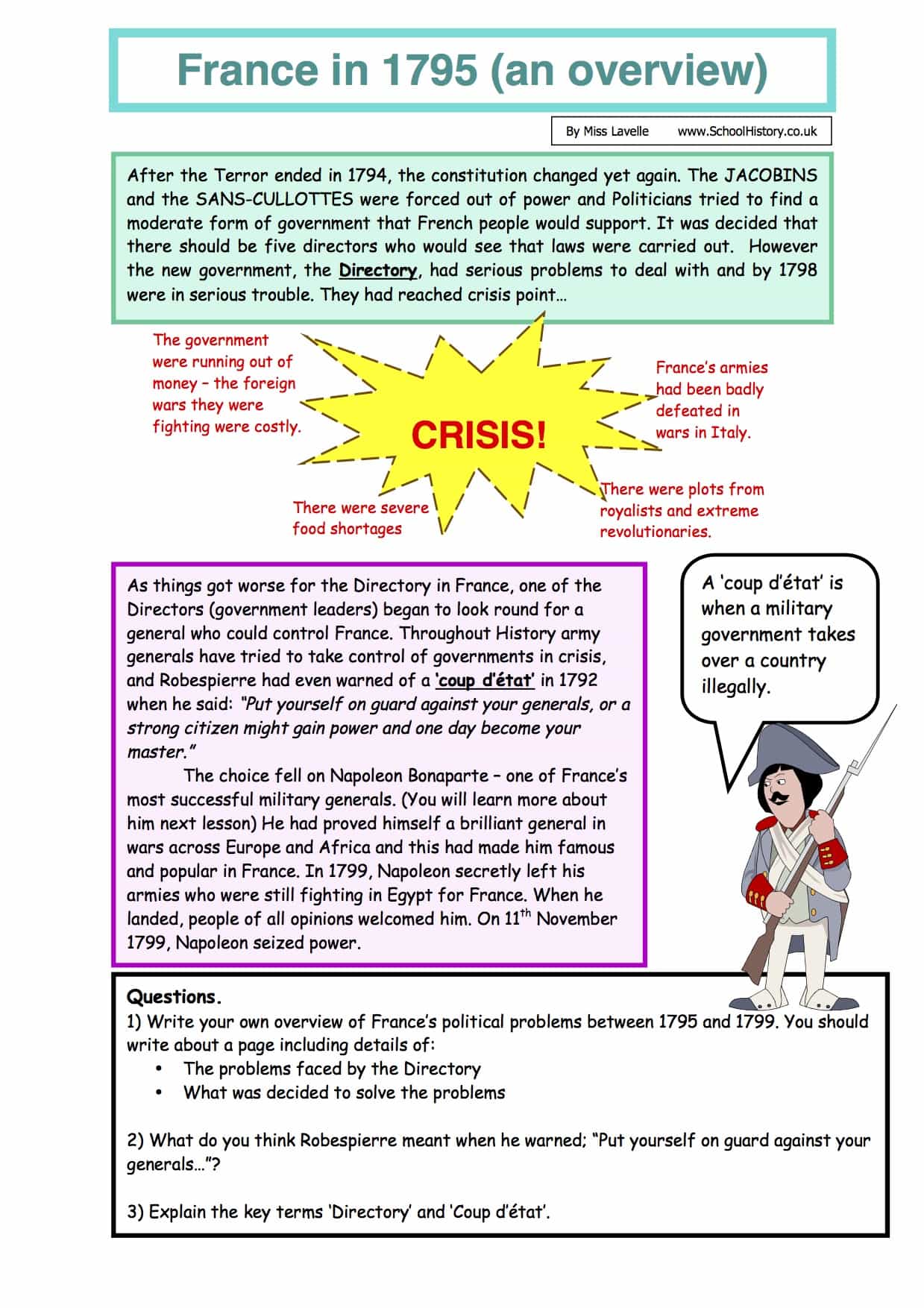 After the Terror ended in 1794, the constitution changed yet again. The JACOBINS and the SANS-CULLOTTES were forced out of power and Politicians tried to find a moderate form of government that French people would support. It was decided that there should be five directors who would see that laws were carried out. However the new government, the Directory, had serious problems to deal with and by 1798 were in serious trouble. They had reached crisis point…

As things got worse for the Directory in France, one of the Directors (government leaders) began to look round for a general who could control France. Throughout History army generals have tried to take control of governments in crisis, and Robespierre had even warned of a ‘coup d’état’ in 1792 when he said: “Put yourself on guard against your generals, or a strong citizen might gain power and one day become your master.”

The choice fell on Napoleon Bonaparte – one of France’s most successful military generals. (You will learn more about him next lesson) He had proved himself a brilliant general in wars across Europe and Africa and this had made him famous and popular in France. In 1799, Napoleon secretly left his armies who were still fighting in Egypt for France. When he landed, people of all opinions welcomed him. On 11th November 1799, Napoleon seized power.