Do you want to save dozens of hours in time? Get your evenings and weekends back? Be able to teach about the Battle of Trafalgar to your students? 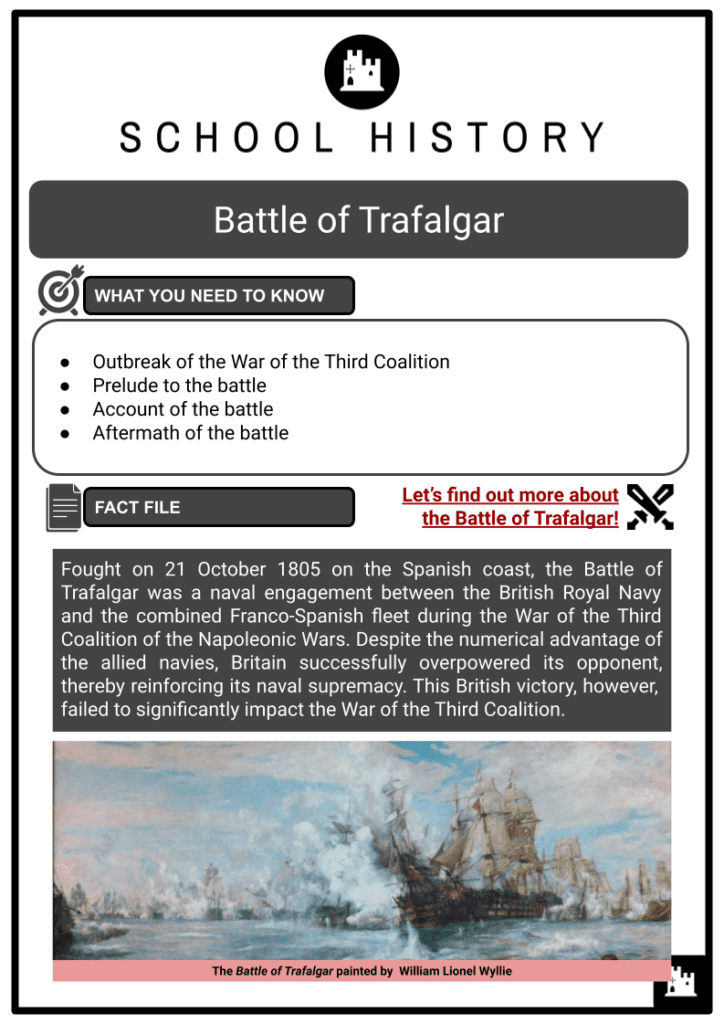 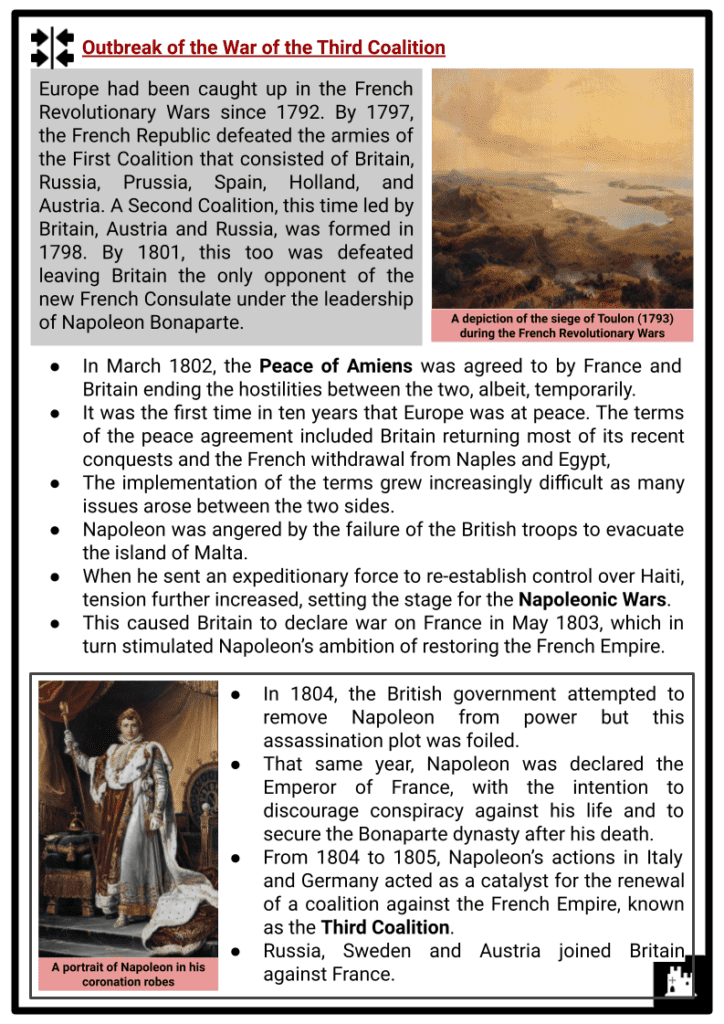 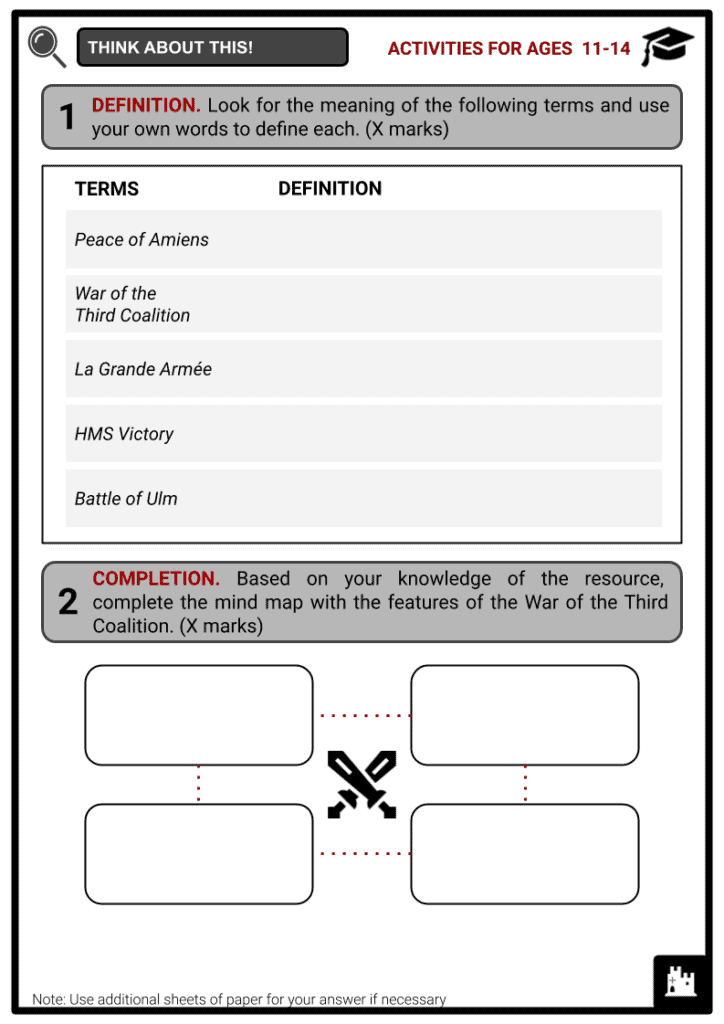 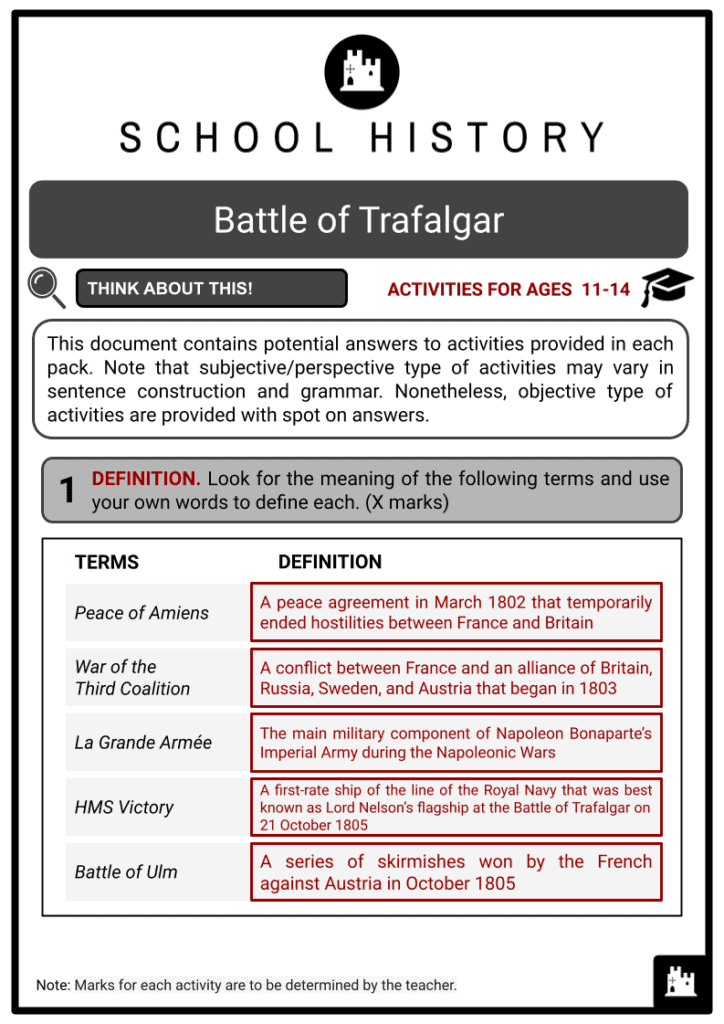 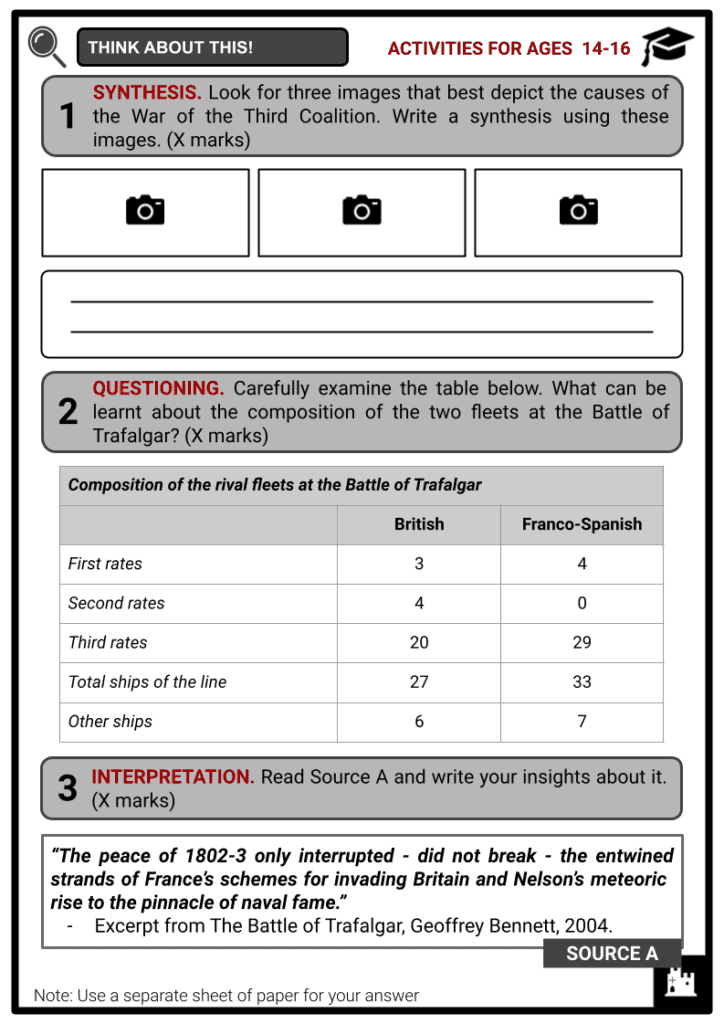 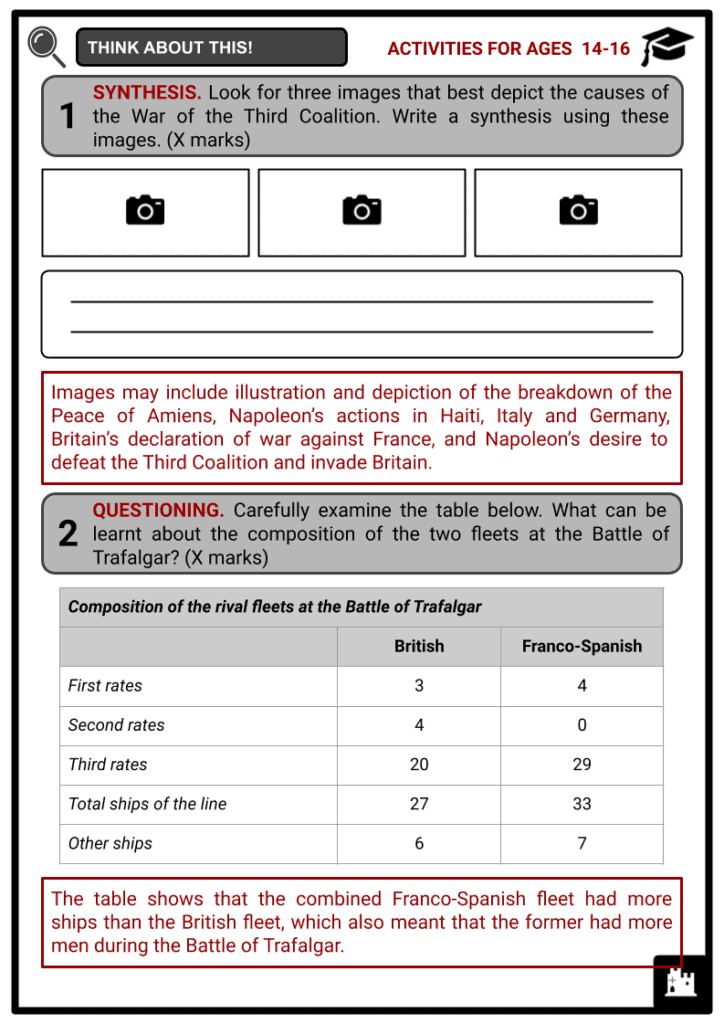 Let’s find out more about the Battle of Trafalgar!

Fought on 21 October 1805 on the Spanish coast, the Battle of Trafalgar was a naval engagement between the British Royal Navy and the combined Franco-Spanish fleet during the War of the Third Coalition of the Napoleonic Wars. Despite the numerical advantage of the allied navies, Britain successfully overpowered its opponent, thereby reinforcing its naval supremacy. This British victory, however, failed to significantly impact the War of the Third Coalition.

Outbreak of the War of the Third Coalition

Prelude to the battle

Aftermath of the battle