Do you want to save dozens of hours in time? Get your evenings and weekends back? Be able to teach about the Battle of Waterloo to your students? 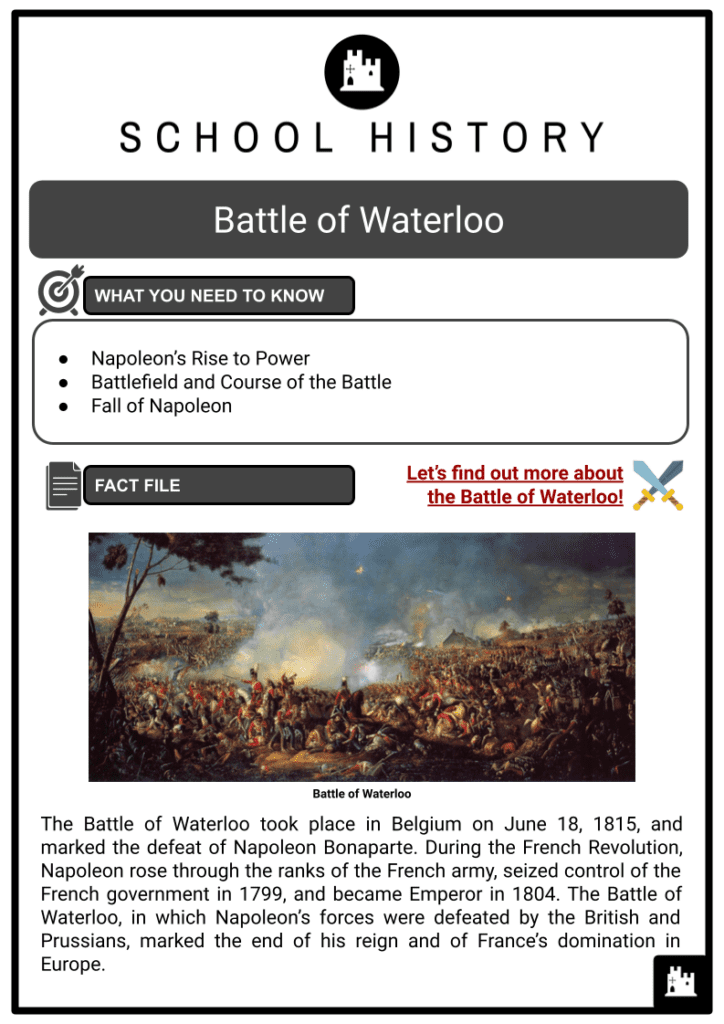 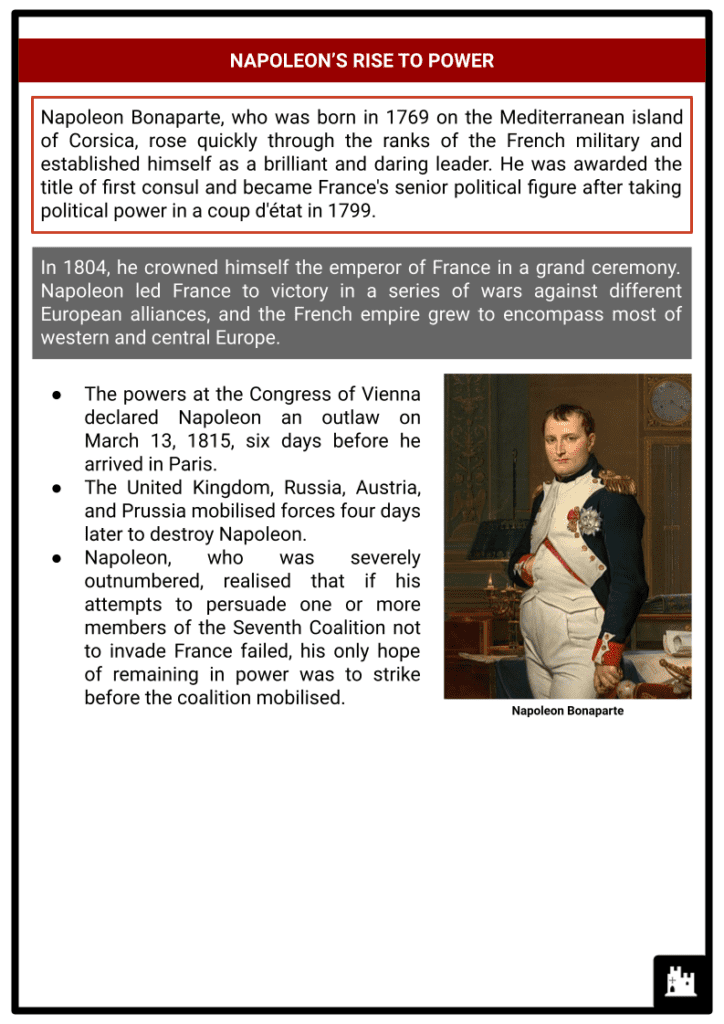 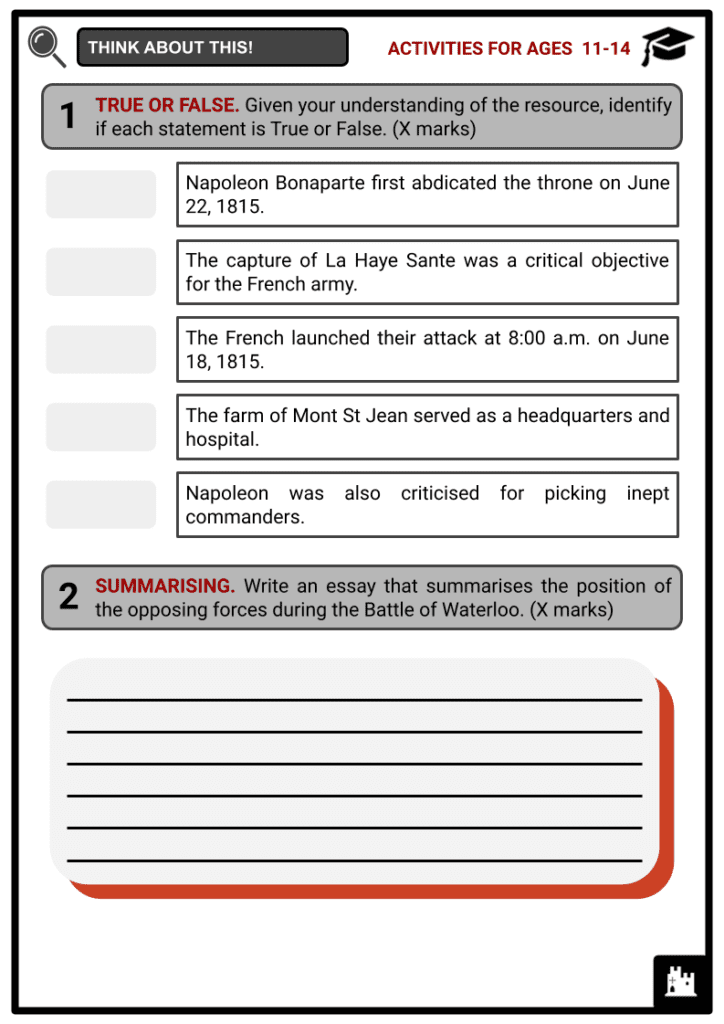 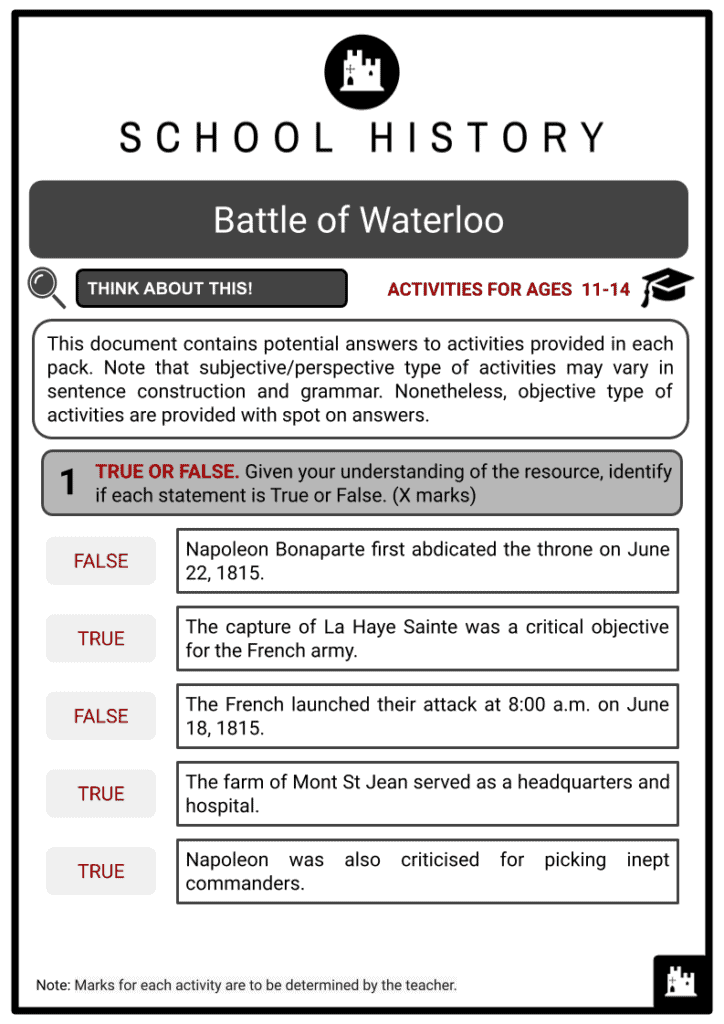 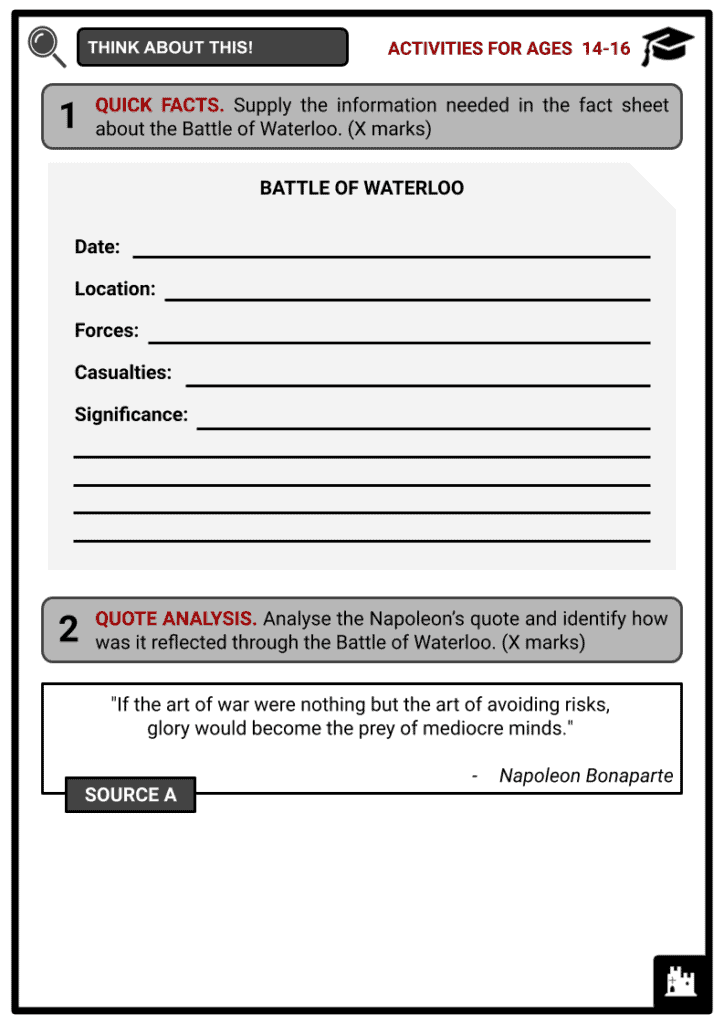 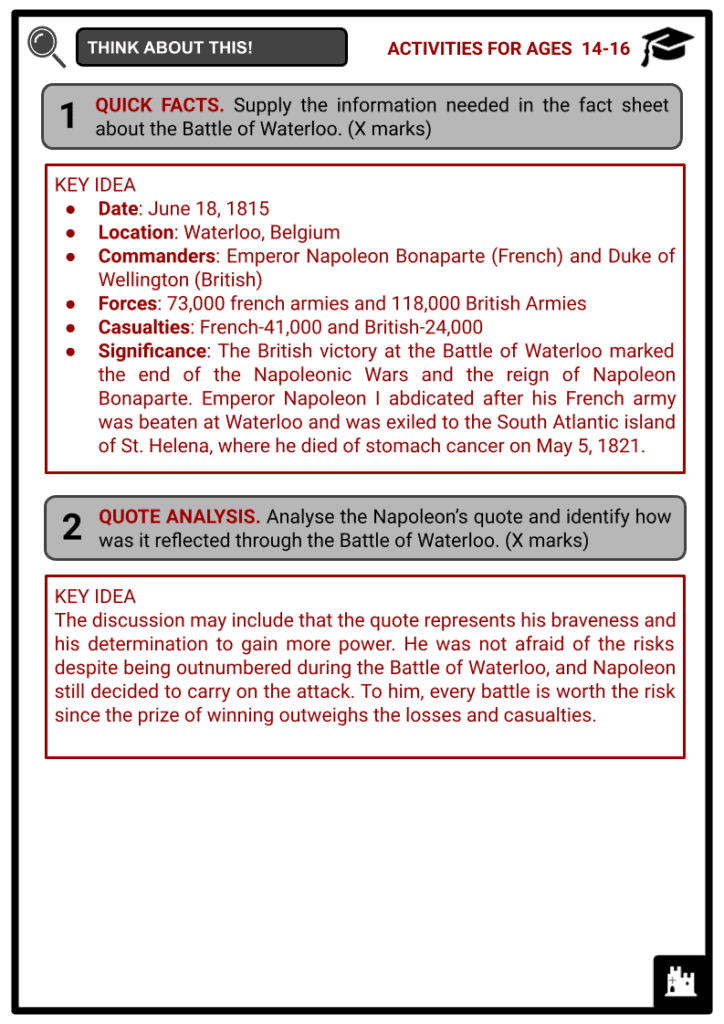 The Battle of Waterloo took place in Belgium on June 18, 1815, and marked the defeat of Napoleon Bonaparte. During the French Revolution, Napoleon rose through the ranks of the French army, seized control of the French government in 1799, and became Emperor in 1804. The Battle of Waterloo, in which Napoleon’s forces were defeated by the British and Prussians, marked the end of his reign and of France’s domination in Europe.

Battlefield and Course of the Battle