Do you want to save dozens of hours in time? Get your evenings and weekends back? Be able to teach Benjamin Disraeli to your students? 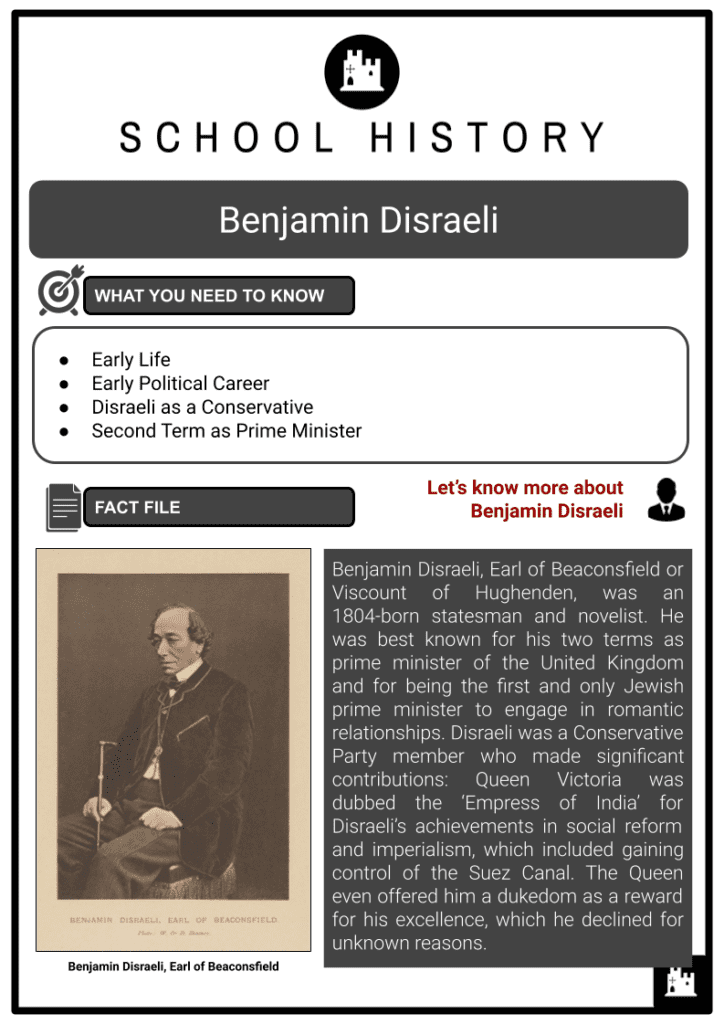 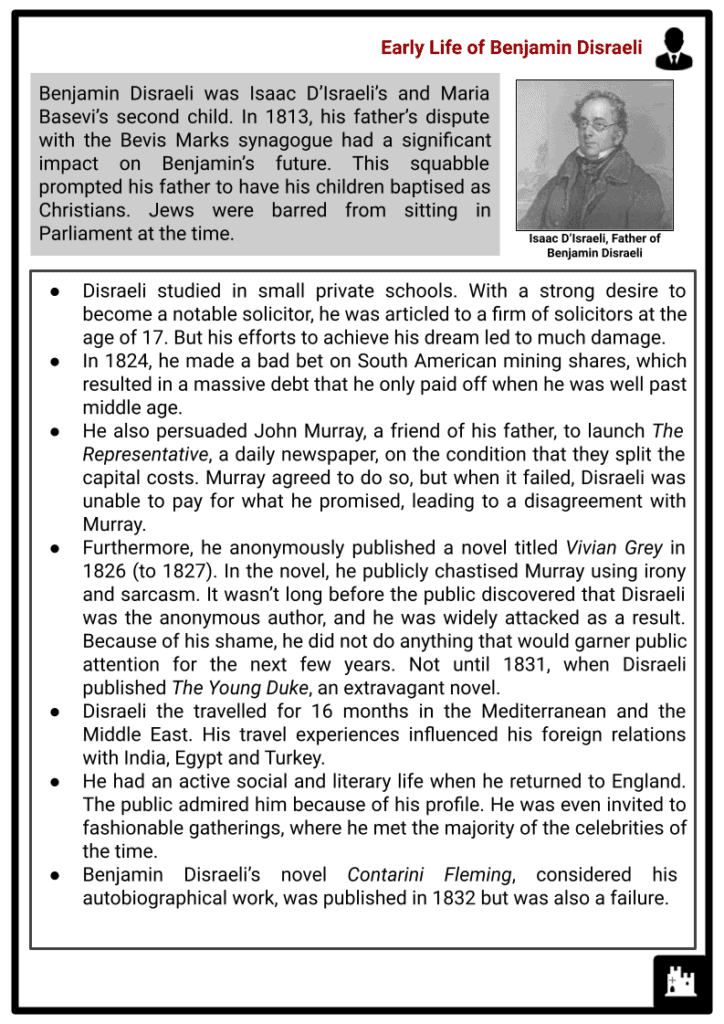 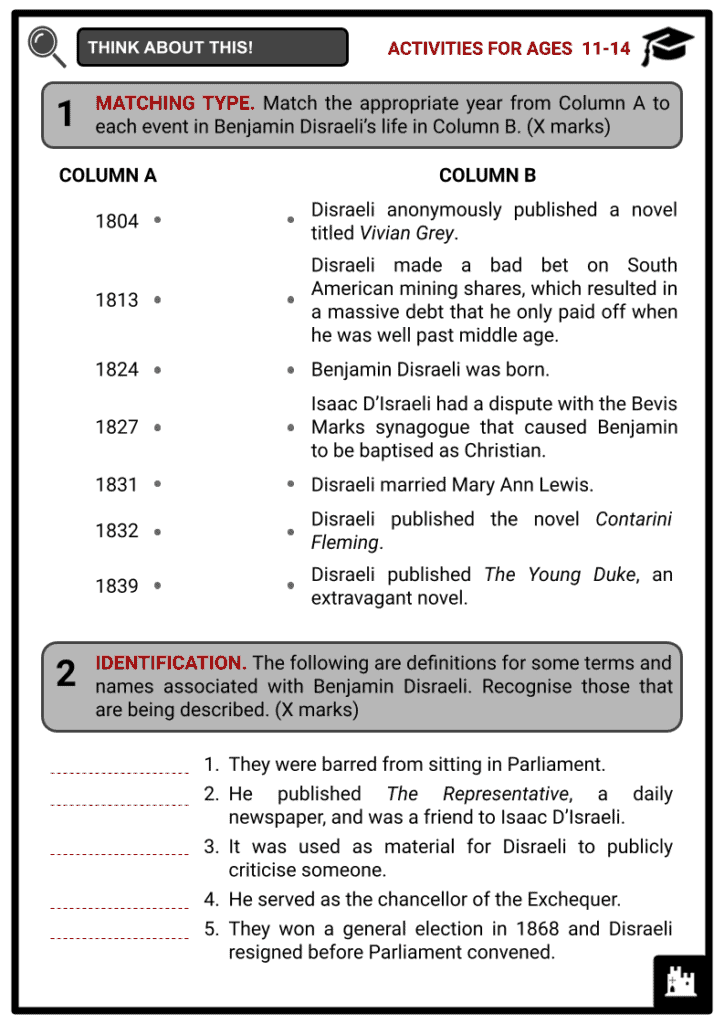 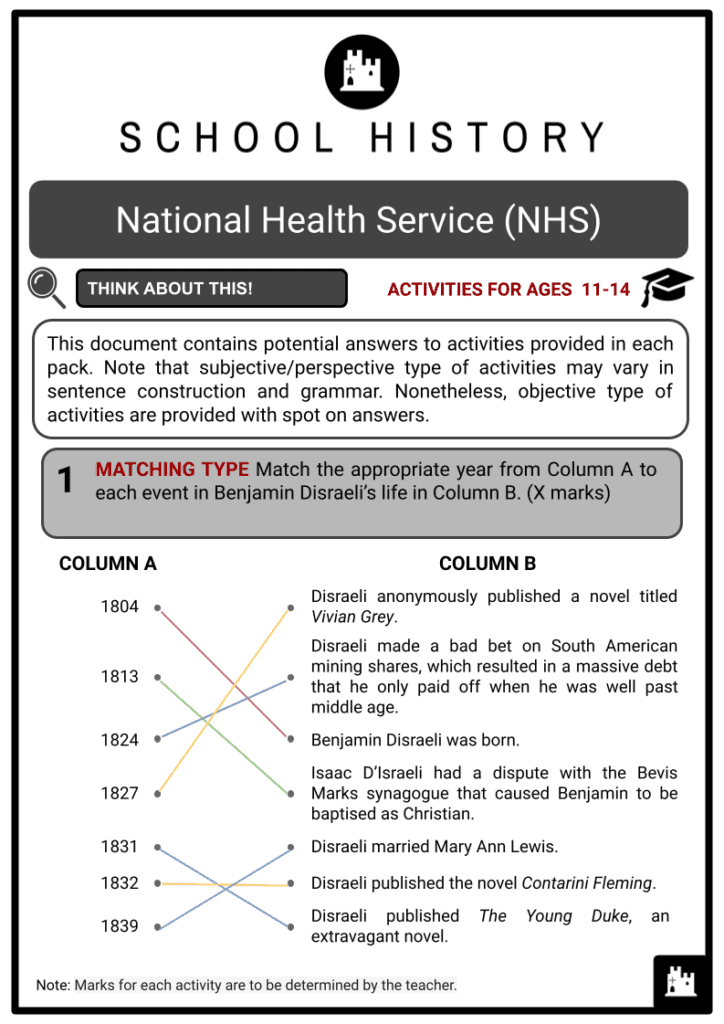 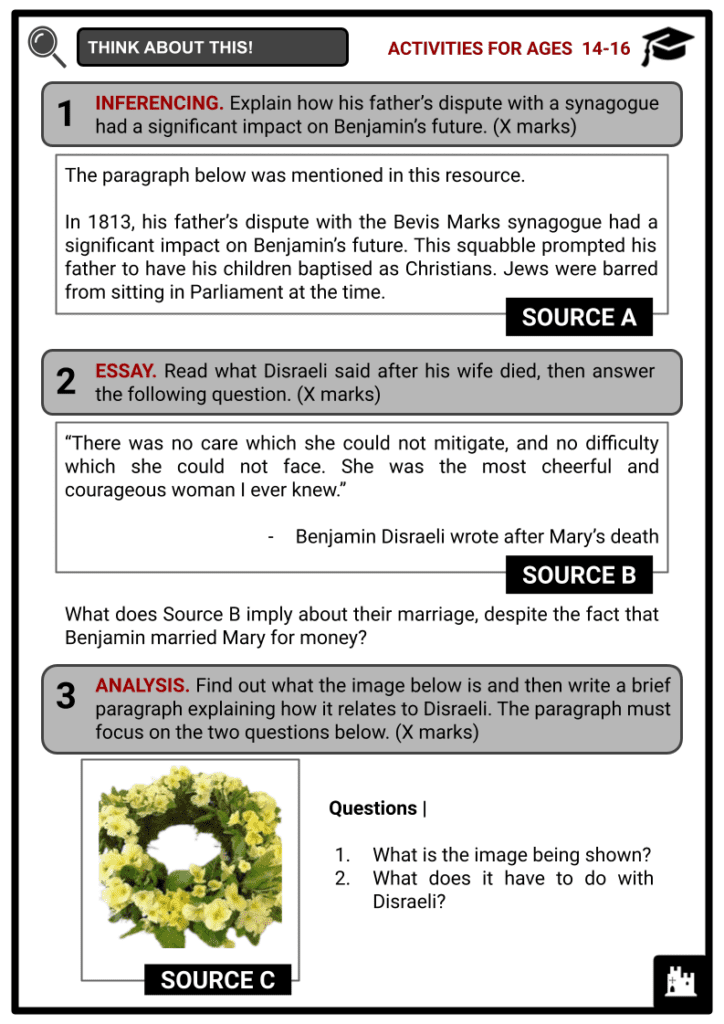 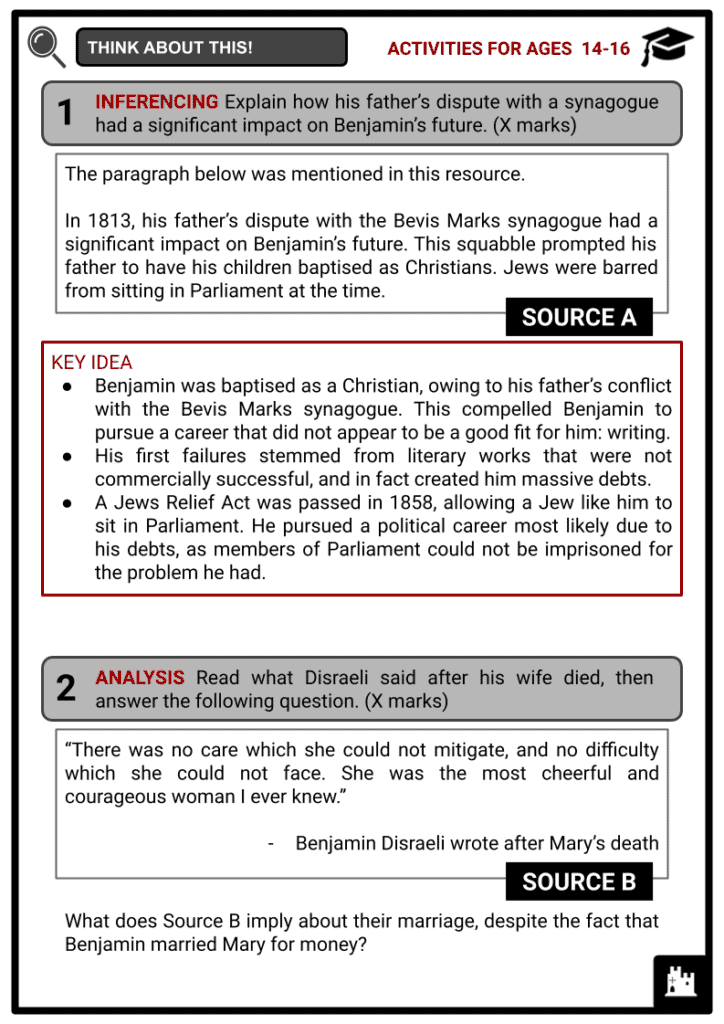 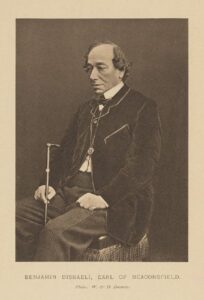 Benjamin Disraeli, Earl of Beaconsfield or Viscount of Hughenden, was an 1804-born statesman and novelist. He was best known for his two terms as prime minister of the United Kingdom and for being the first and only Jewish prime minister to engage in romantic relationships. Disraeli was a Conservative Party member who made significant contributions: Queen Victoria was dubbed the ‘Empress of India’ for Disraeli’s achievements in social reform and imperialism, which included gaining control of the Suez Canal. The Queen even offered him a dukedom as a reward for his excellence, which he declined for unknown reasons.

Disraeli as a Conservative 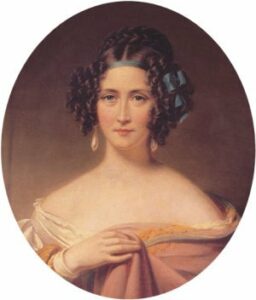