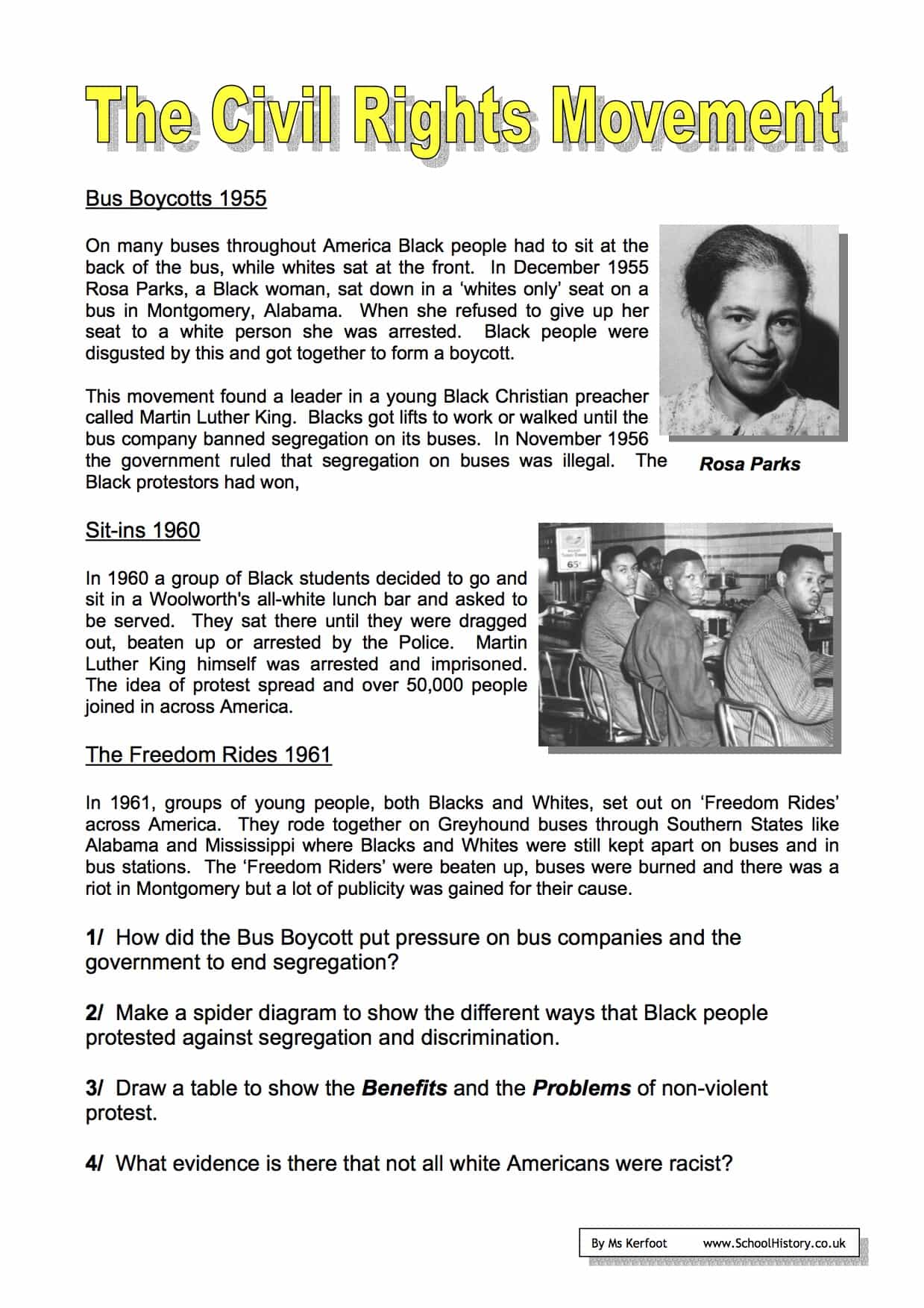 On many buses throughout America Black people had to sit at the back of the bus, while whites sat at the front. In December 1955 Rosa Parks, a Black woman, sat down in a ‘whites only’ seat on a bus in Montgomery, Alabama. When she refused to give up her seat to a white person she was arrested. Black people were disgusted by this and got together to form a boycott.

This movement found a leader in a young Black Christian preacher called Martin Luther King. Blacks got lifts to work or walked until the bus company banned segregation on its buses. In November 1956 the government ruled that segregation on buses was illegal. The Black protestors had won,

In 1960 a group of Black students decided to go and sit in a Woolworth’s all-white lunch bar and asked to be served. They sat there until they were dragged out, beaten up or arrested by the Police. Martin Luther King himself was arrested and imprisoned. The idea of protest spread and over 50,000 people joined in across America.

In 1961, groups of young people, both Blacks and Whites, set out on ‘Freedom Rides’ across America. They rode together on Greyhound buses through Southern States like Alabama and Mississippi where Blacks and Whites were still kept apart on buses and in bus stations. The ‘Freedom Riders’ were beaten up, buses were burned and there was a riot in Montgomery but a lot of publicity was gained for their cause.