Causes Of The French Revolution 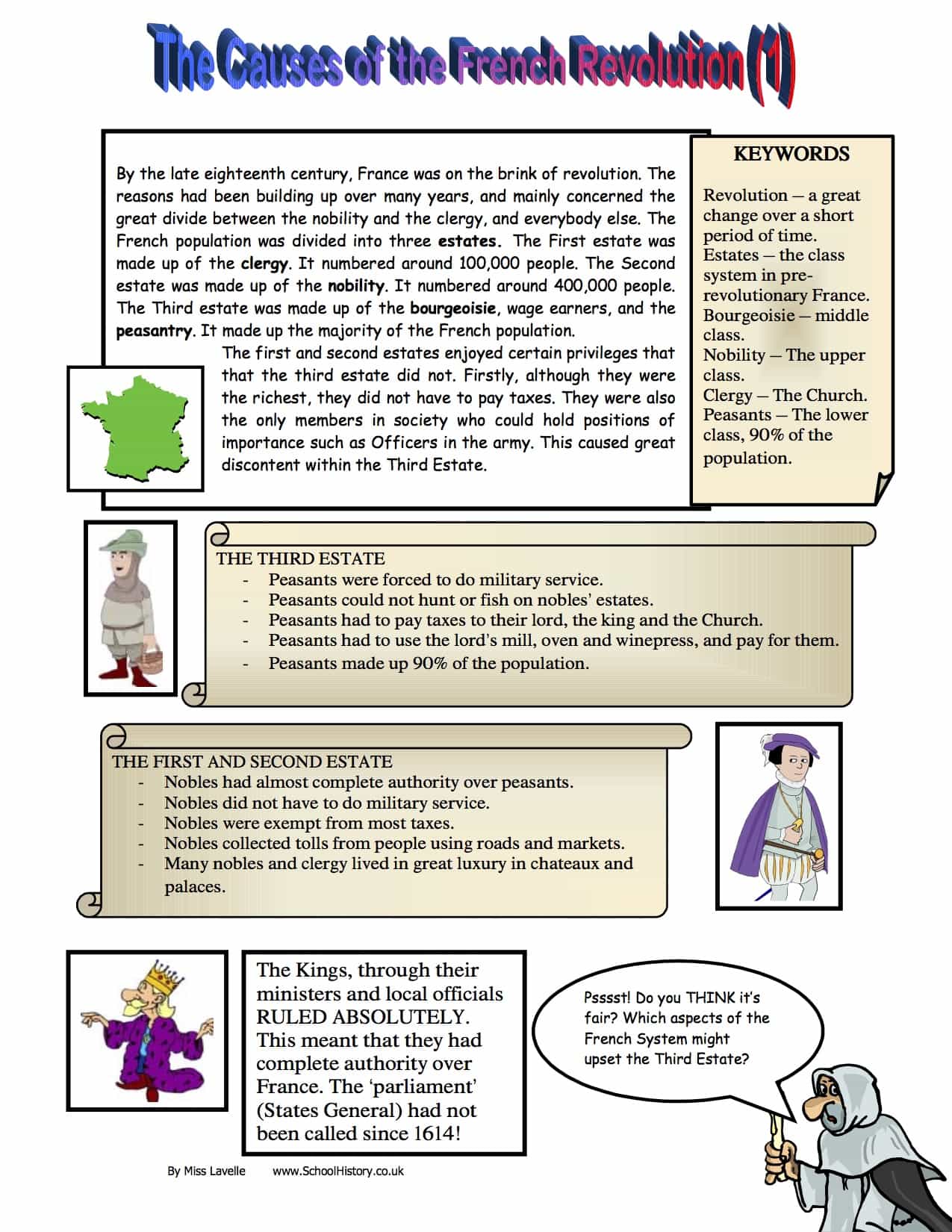 The first and second estates enjoyed certain privileges that that the third estate did not. Firstly, although they were the richest, they did not have to pay taxes. They were also the only members in society who could hold positions of importance such as Officers in the army. This caused great discontent within the Third Estate.

THE FIRST AND SECOND ESTATE