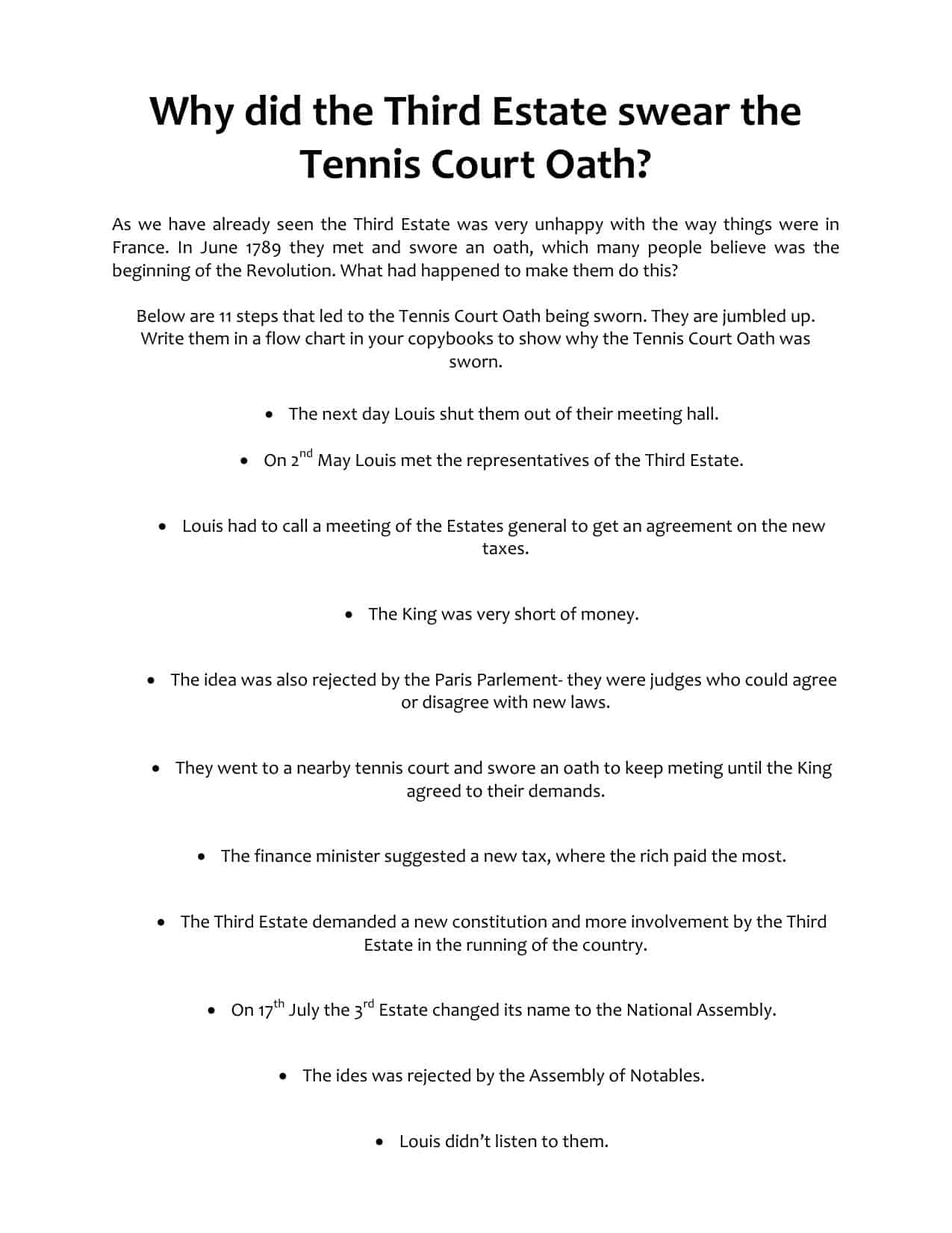 As we have already seen the Third Estate was very unhappy with the way things were in France. In June 1789 they met and swore an oath, which many people believe was the beginning of the Revolution. What had happened to make them do this?