Do you want to save dozens of hours in time? Get your evenings and weekends back? Be able to teach about George III of England to your students? 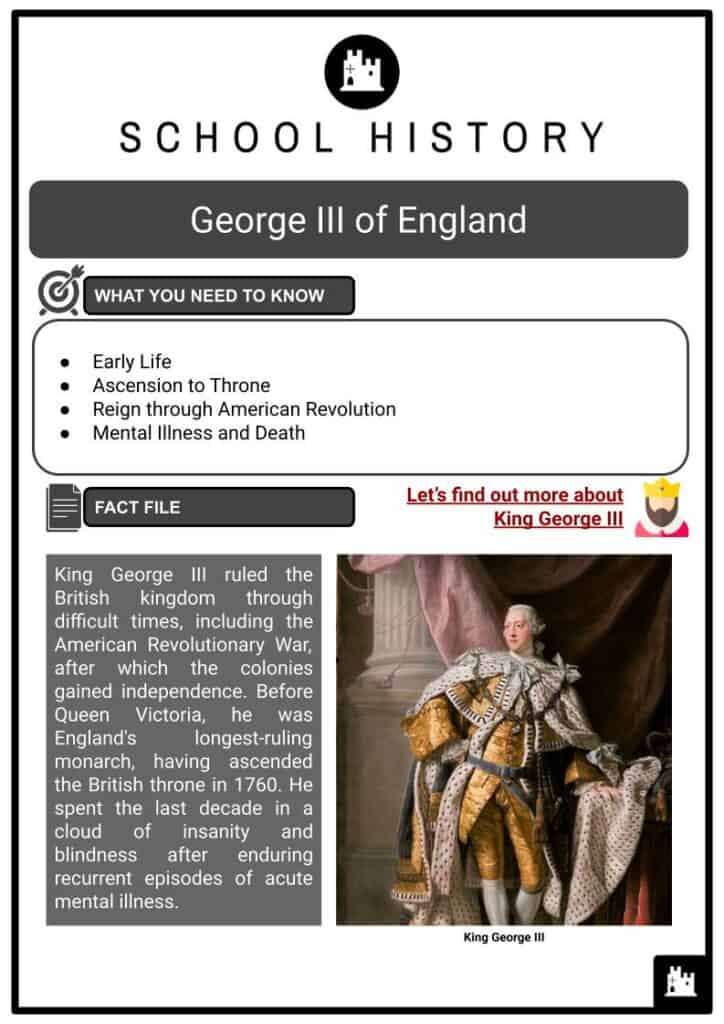 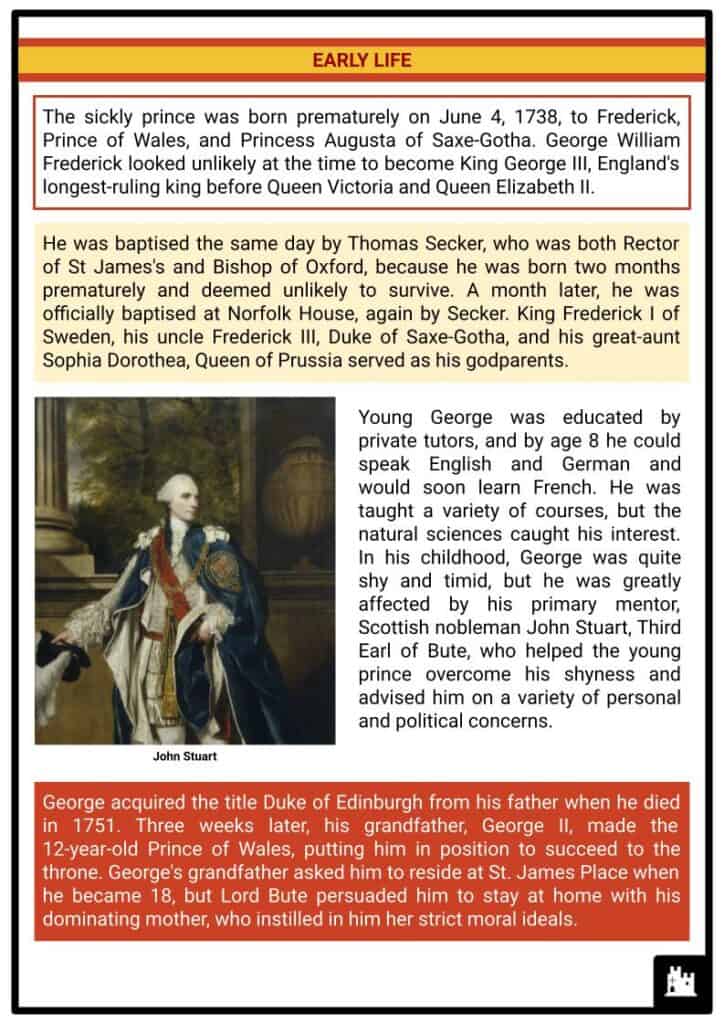 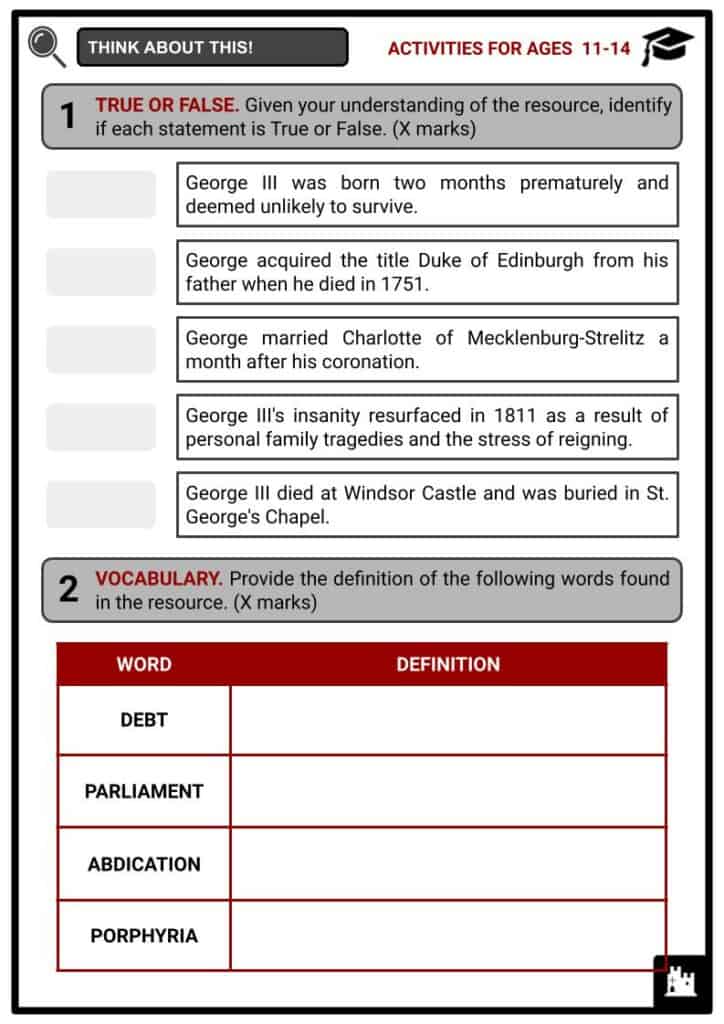 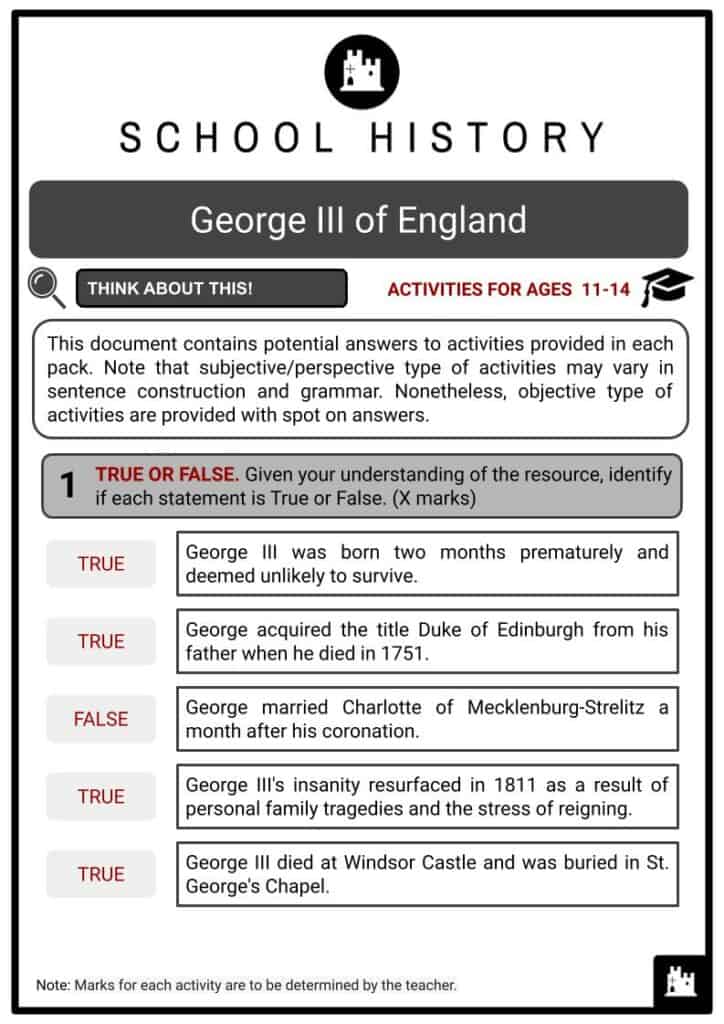 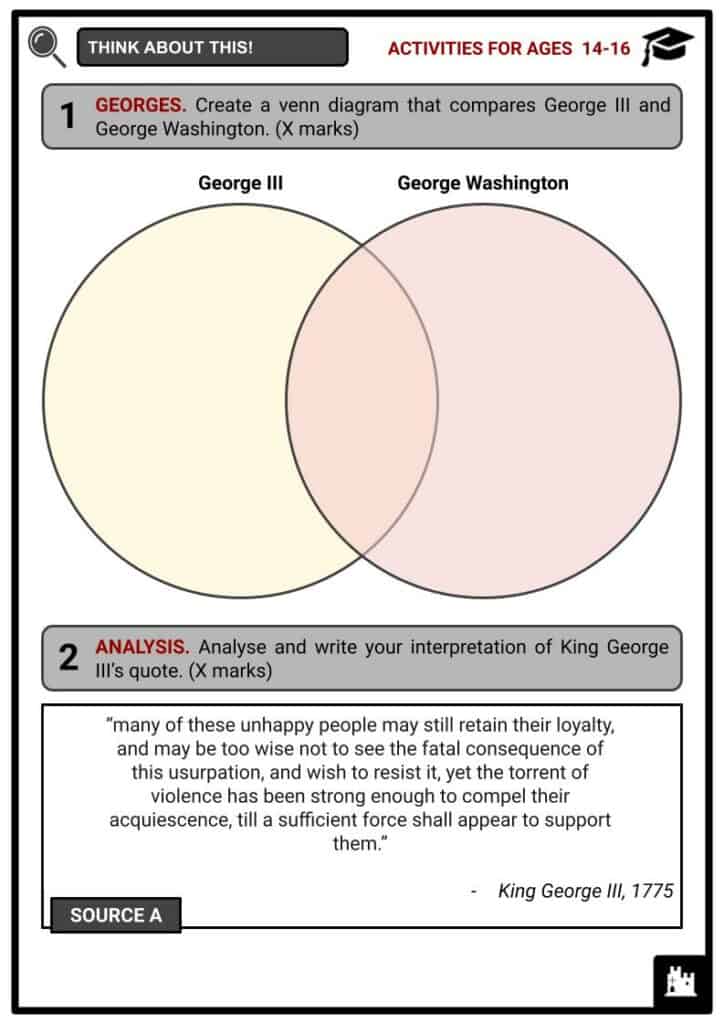 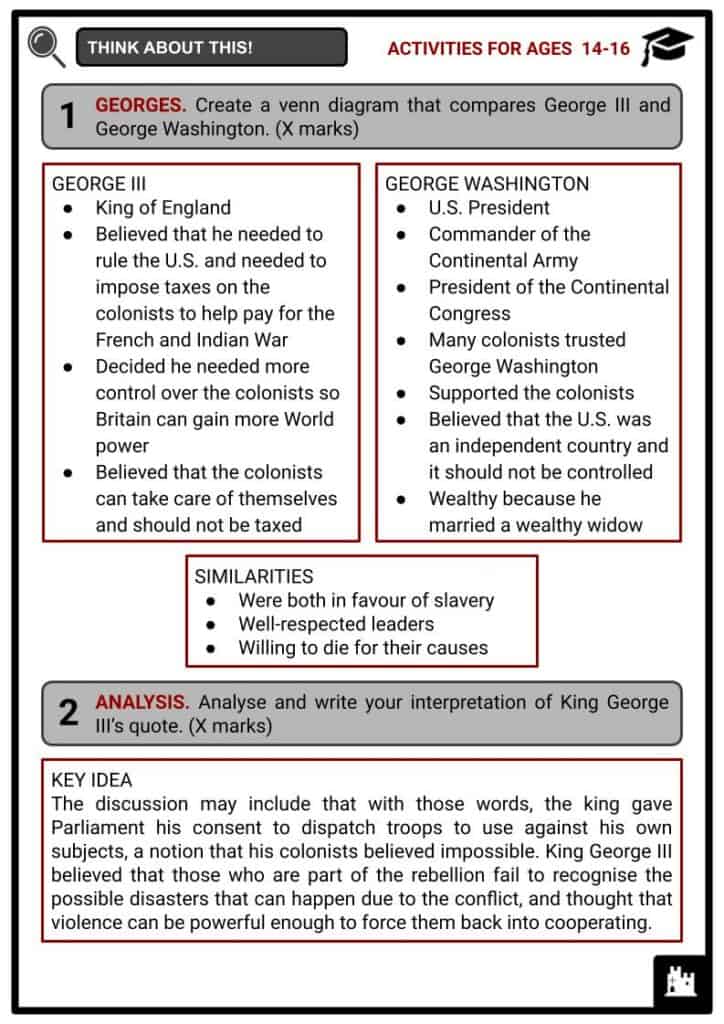 King George III ruled the British kingdom through difficult times, including the American Revolutionary War, after which the colonies gained independence. Before Queen Victoria, he was England's longest-ruling monarch, having ascended the British throne in 1760. He spent the last decade in a cloud of insanity and blindness after enduring recurrent episodes of acute mental illness.