Do you want to save dozens of hours in time? Get your evenings and weekends back? Be able to teach about George V of England to your students? 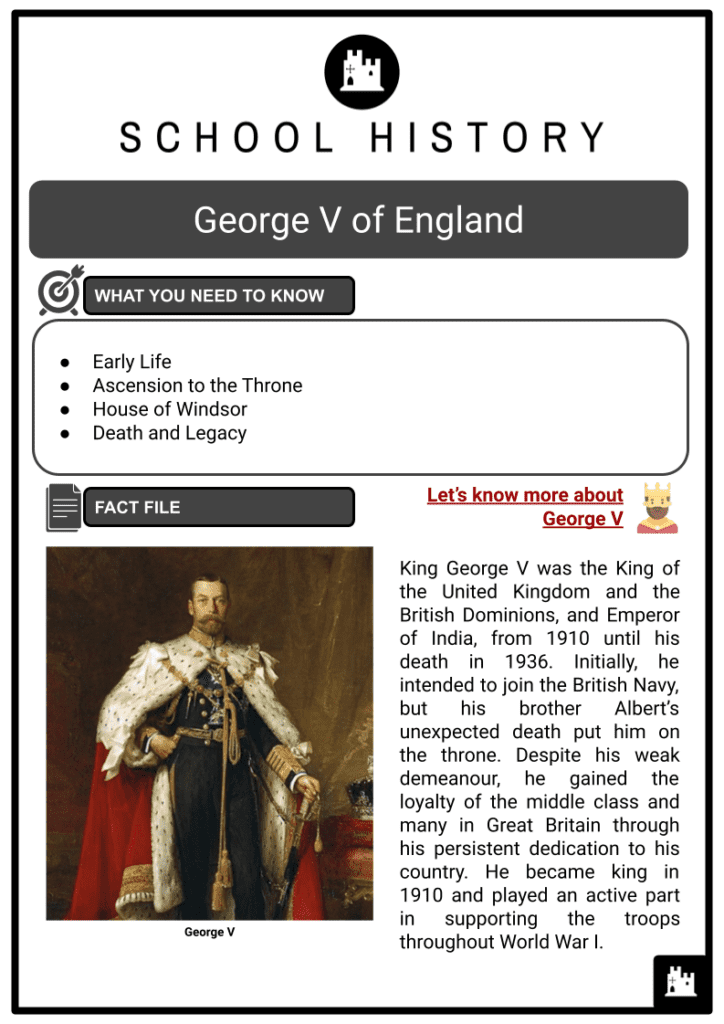 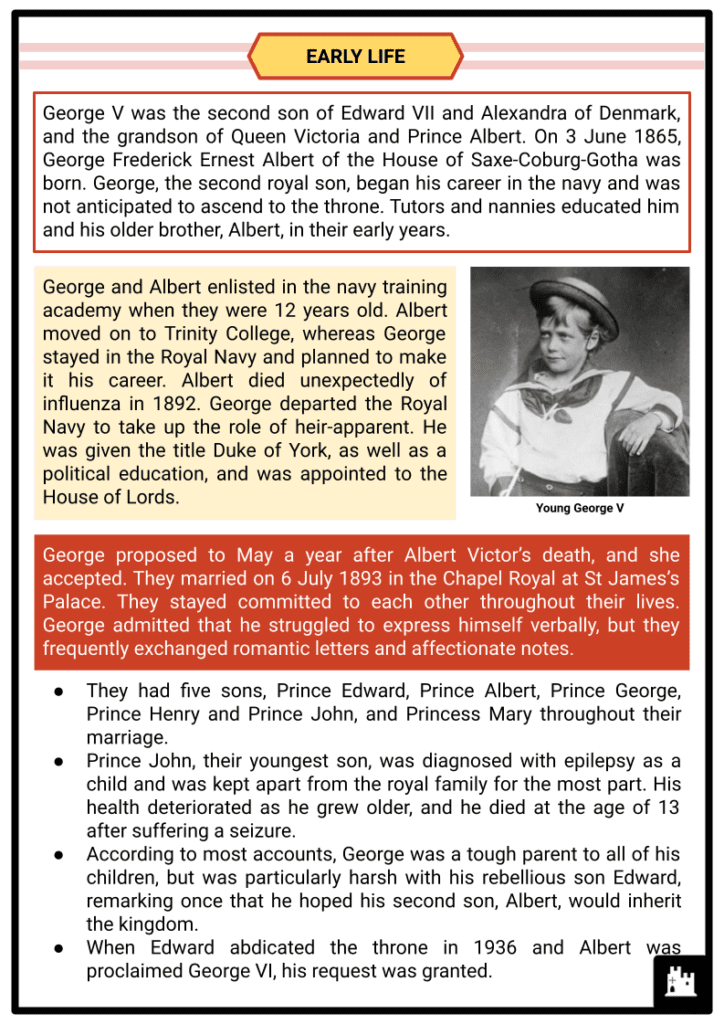 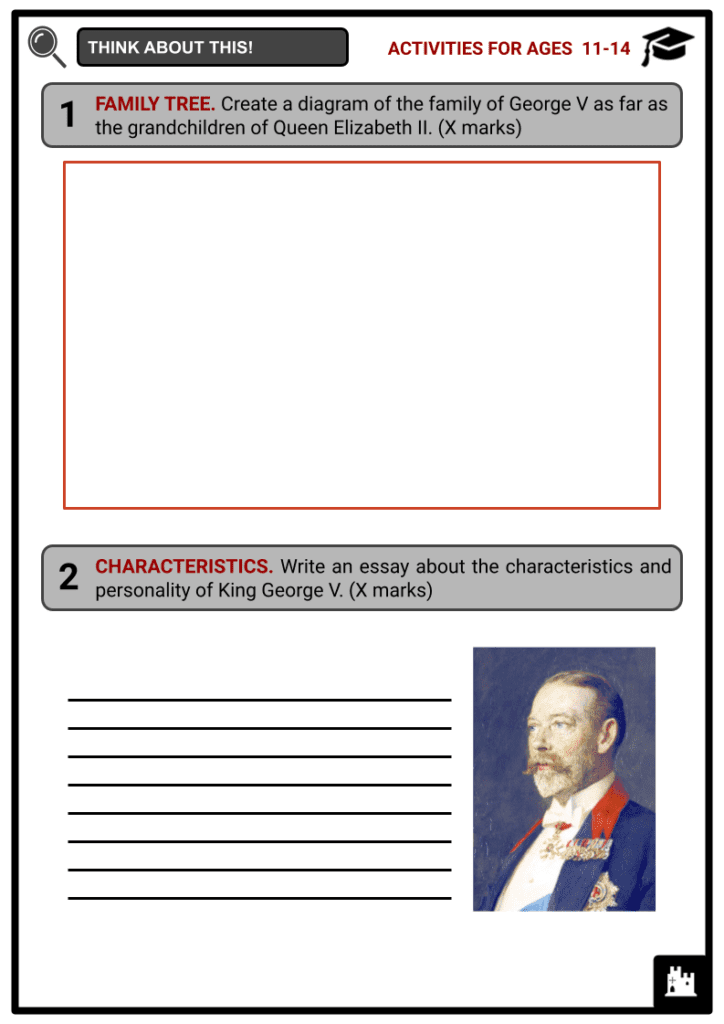 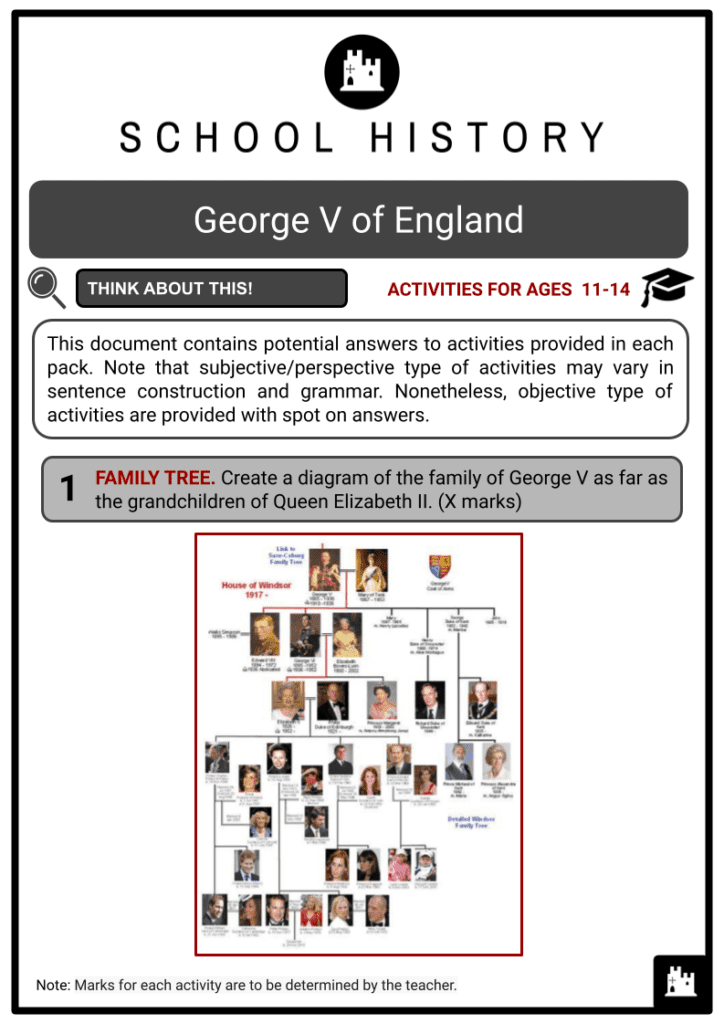 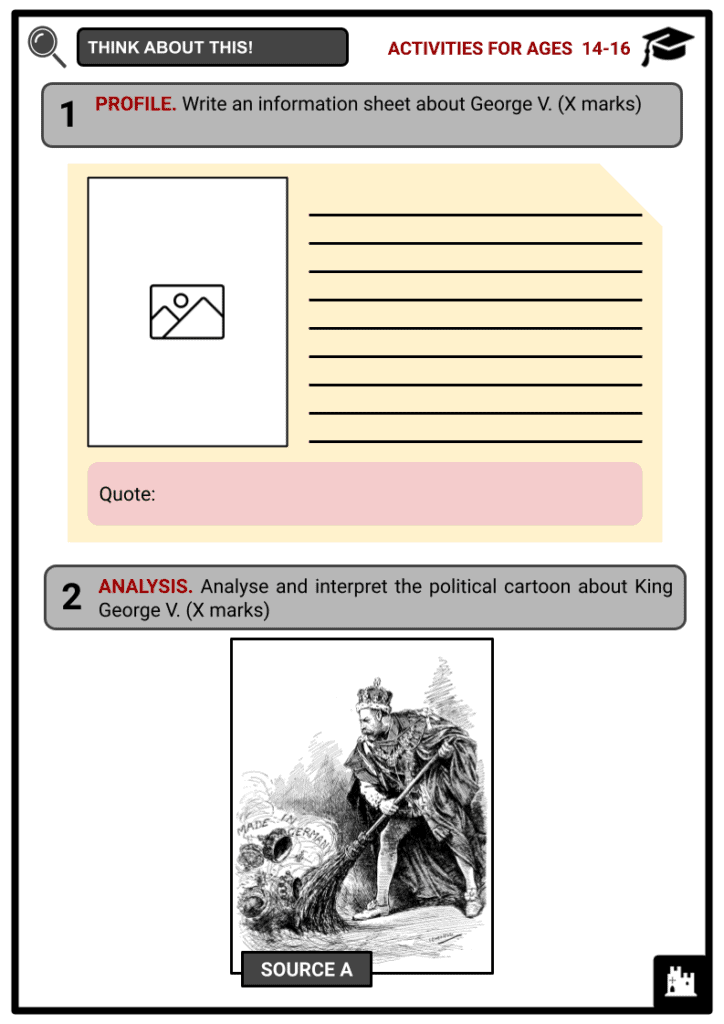 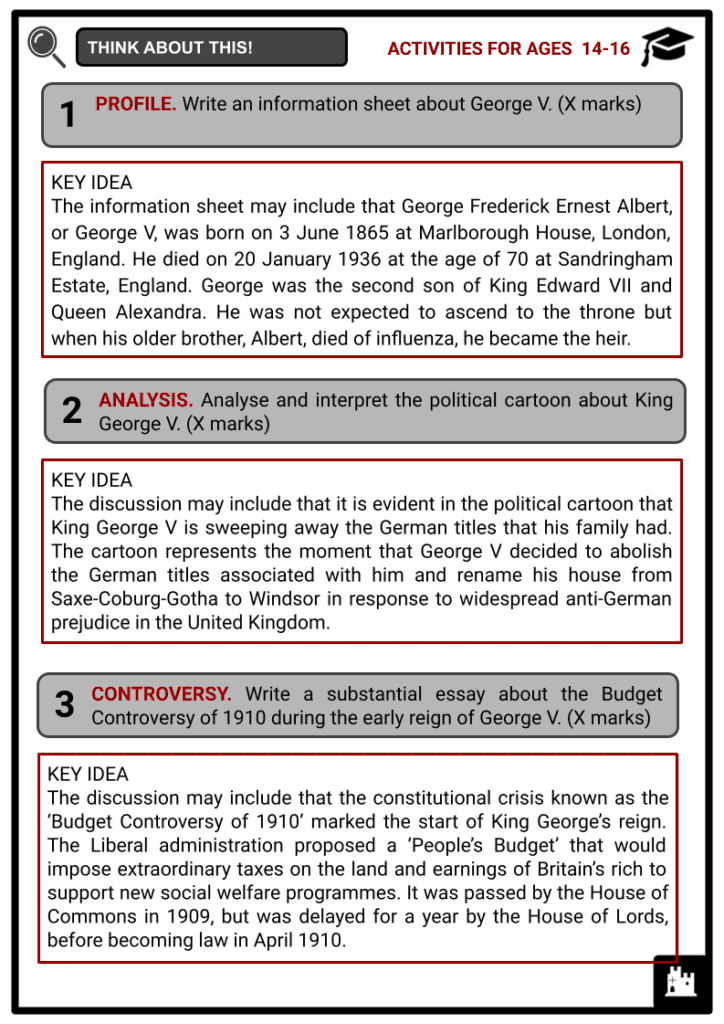 King George V was the King of the United Kingdom and the British Dominions, and Emperor of India, from 1910 until his death in 1936. Initially, he intended to join the British Navy, but his brother Albert’s unexpected death put him on the throne. Despite his weak demeanour, he gained the loyalty of the middle class and many in Great Britain through his persistent dedication to his country. He became king in 1910 and played an active part in supporting the troops throughout World War I.

ASCENSION TO THE THRONE