Impact of the Railways Worksheet 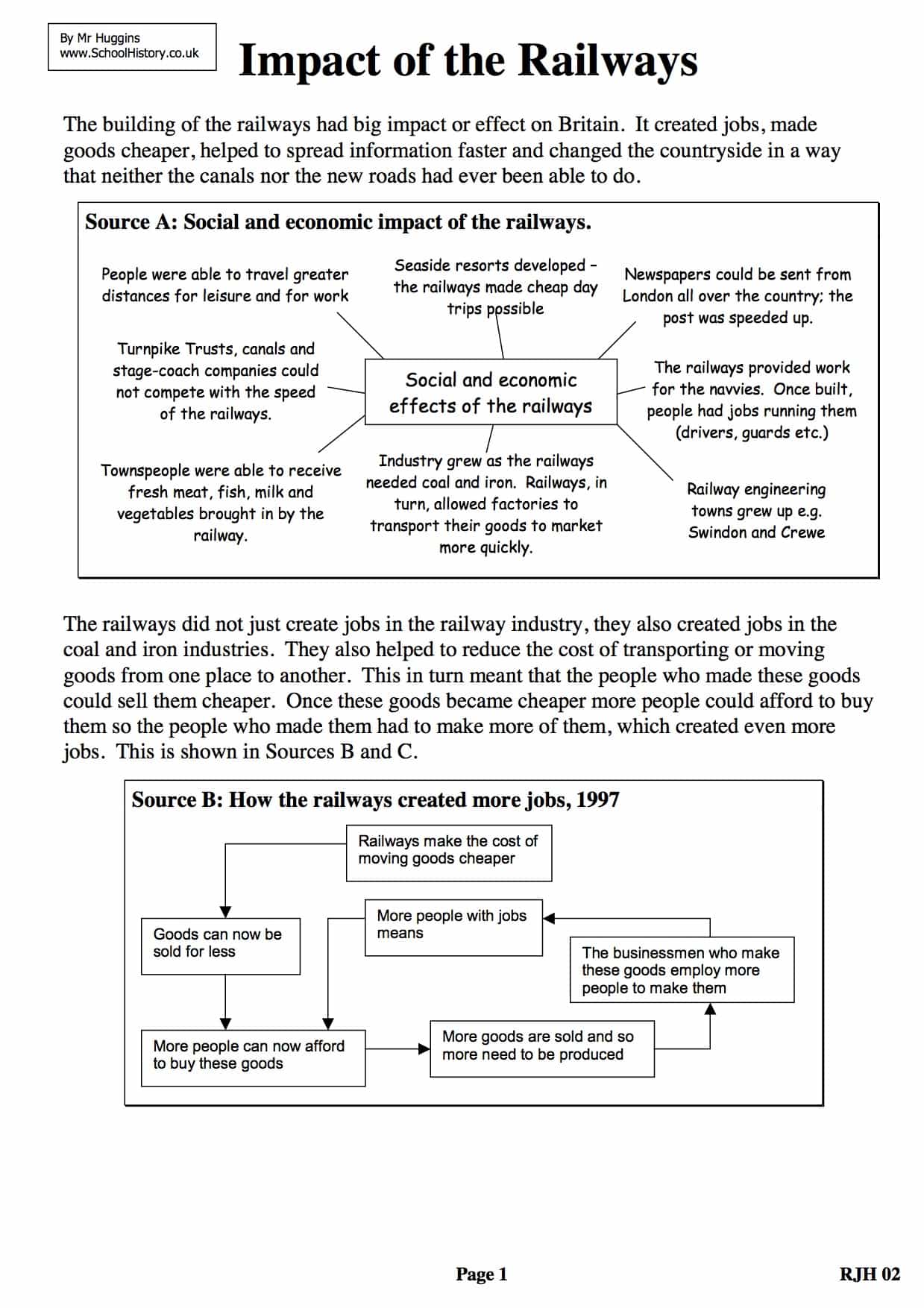 The building of the railways had big impact or effect on Britain. It created jobs, made goods cheaper, helped to spread information faster and changed the countryside in a way that neither the canals nor the new roads had ever been able to do.

The railways did not just create jobs in the railway industry, they also created jobs in the coal and iron industries. They also helped to reduce the cost of transporting or moving goods from one place to another. This in turn meant that the people who made these goods could sell them cheaper. Once these goods became cheaper more people could afford to buy them so the people who made them had to make more of them, which created even more jobs.