Do you want to save dozens of hours in time? Get your evenings and weekends back? Be able to teach about Jack the Ripper to your students? 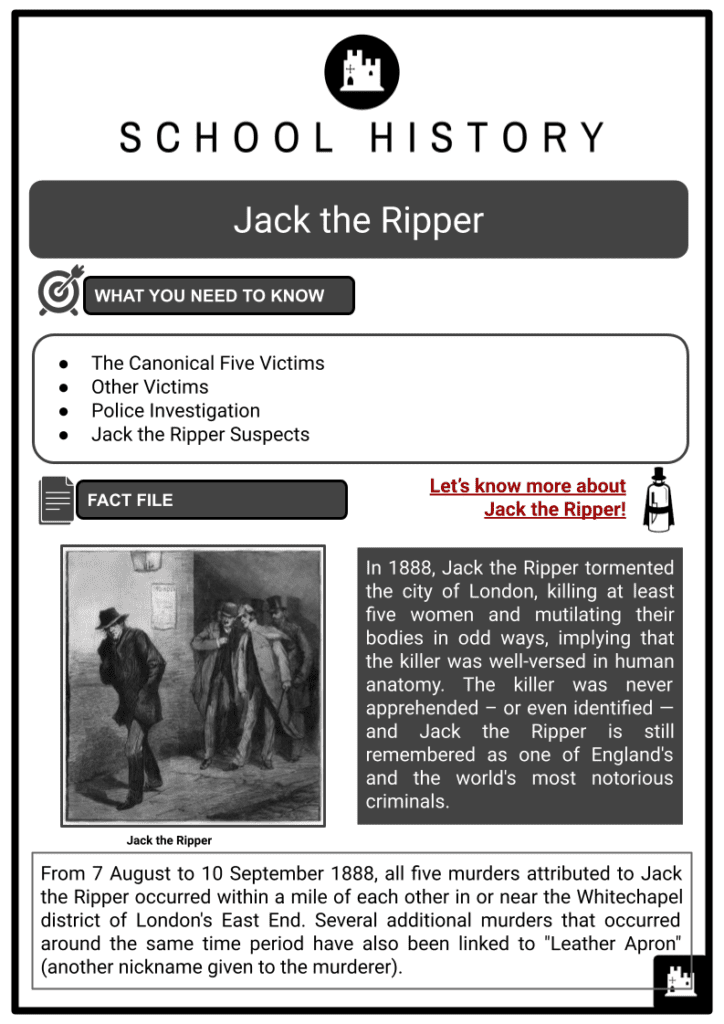 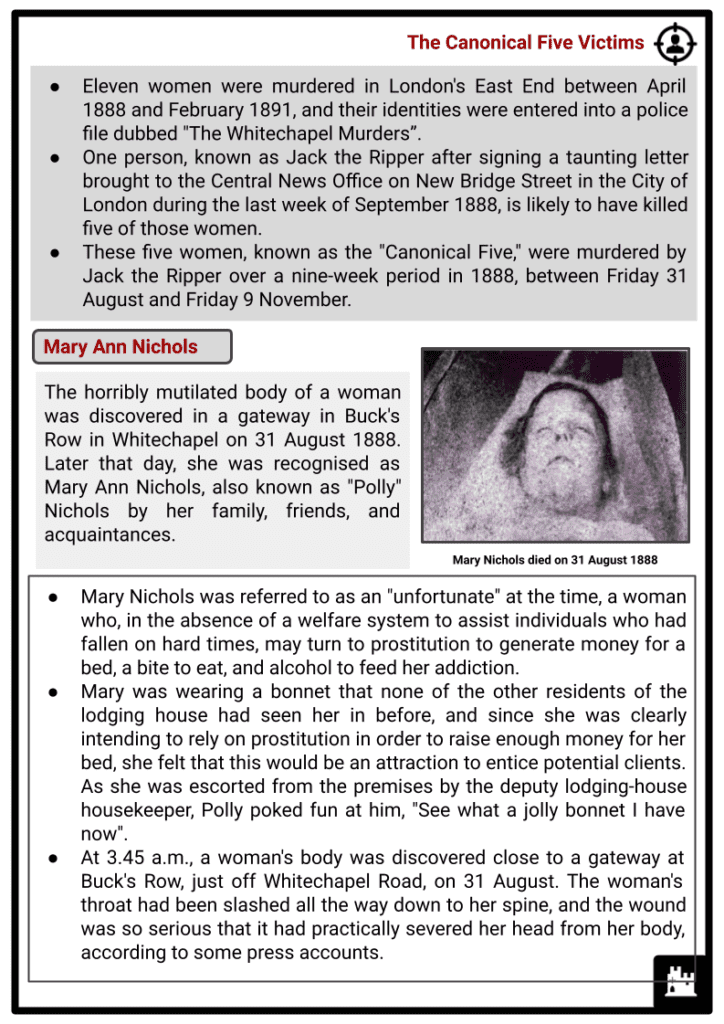 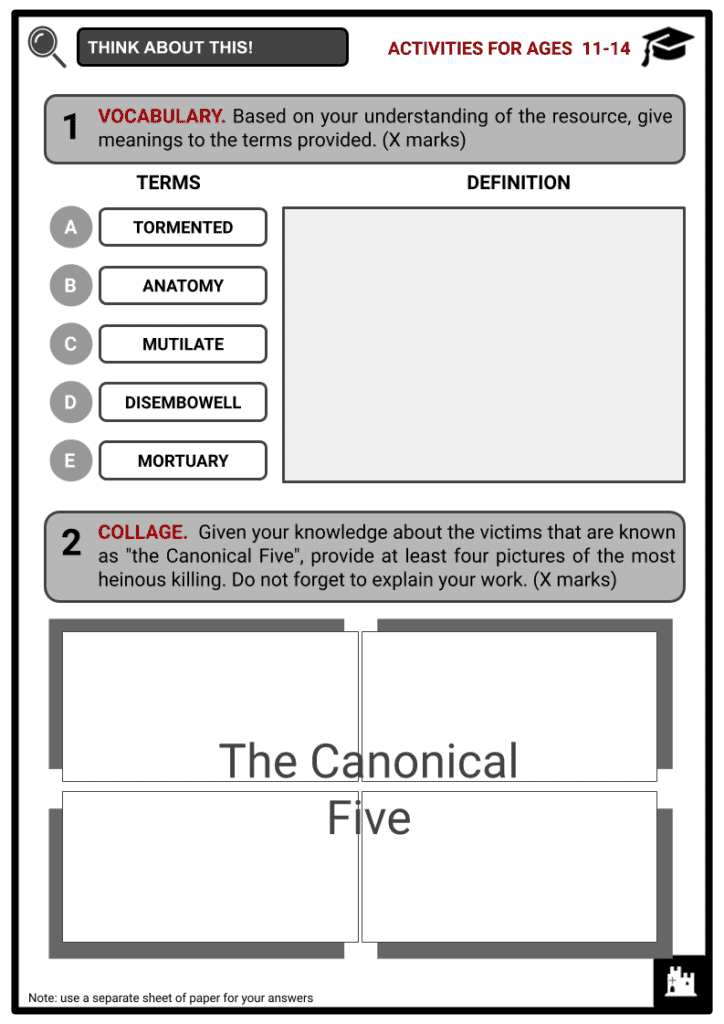 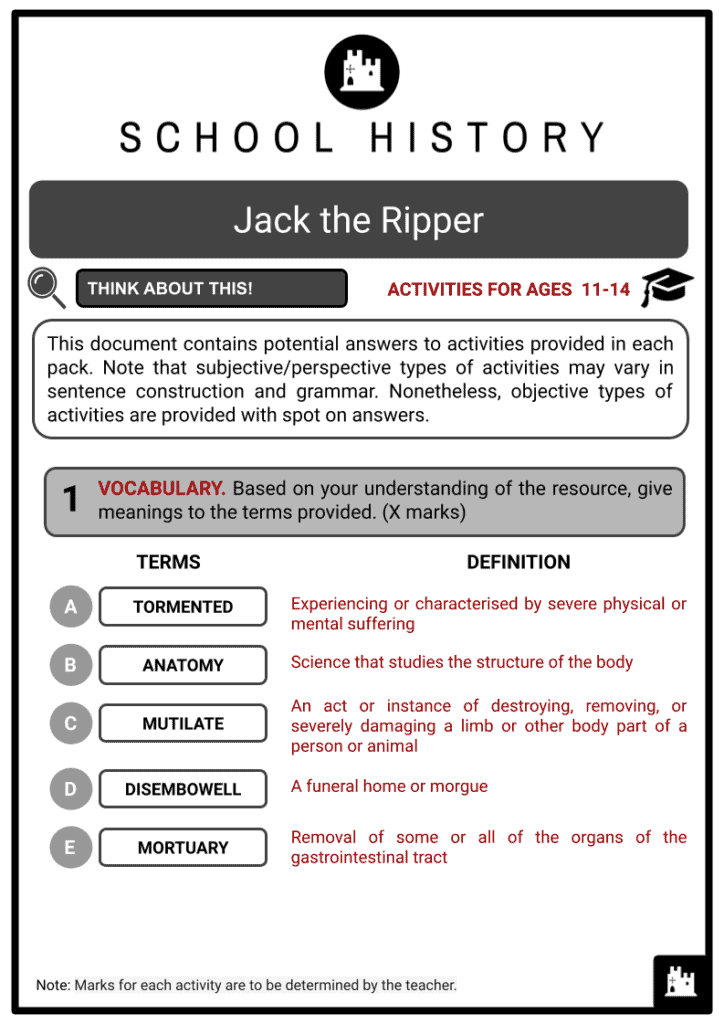 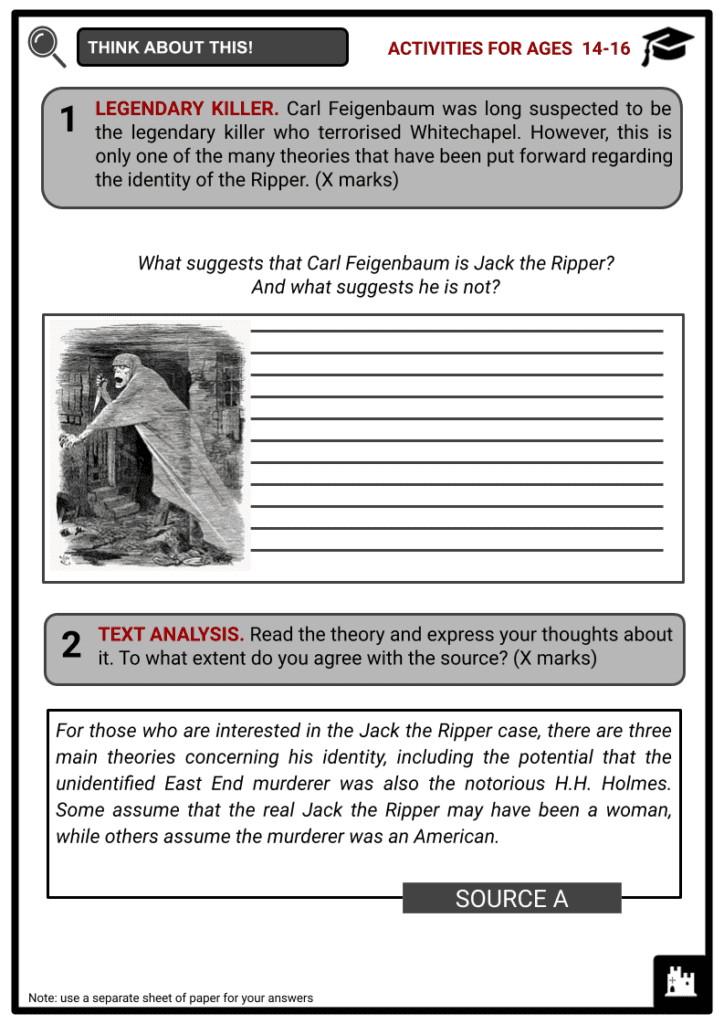 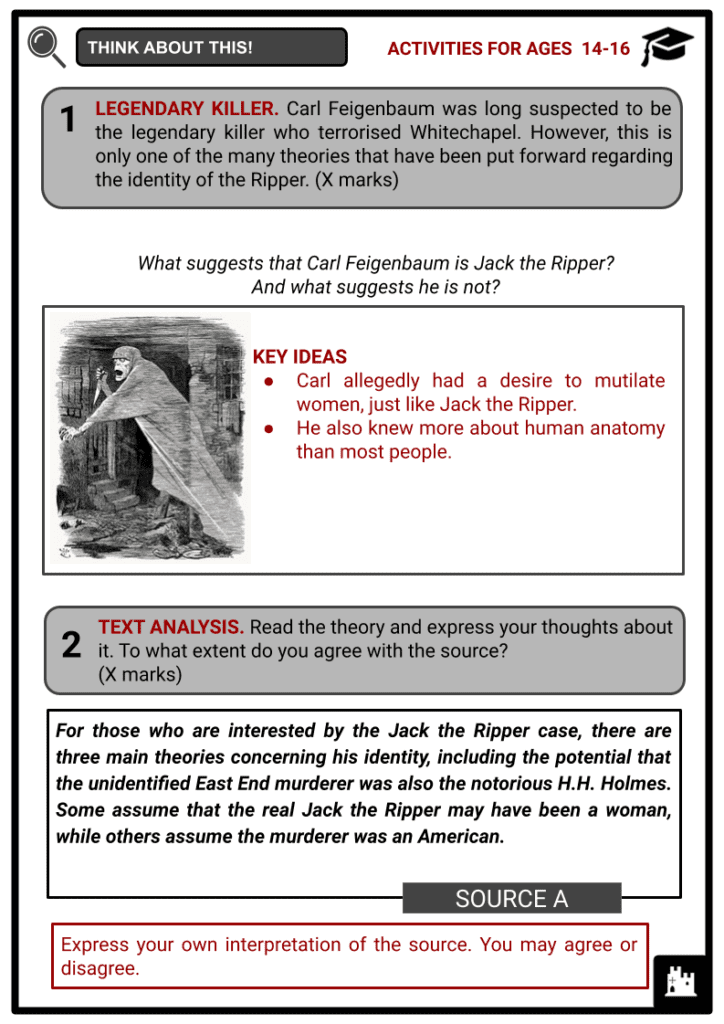 Let’s find out more about Jack the Ripper!

In 1888, Jack the Ripper tormented the city of London, killing at least five women and mutilating their bodies in odd ways, implying that the killer was well-versed in human anatomy. The killer was never apprehended – or even identified — and Jack the Ripper is still remembered as one of England's and the world's most notorious criminals.

From 7 August to 10 September 1888, all five murders attributed to Jack the Ripper occurred within a mile of each other in or near the Whitechapel district of London's East End. Several additional murders that occurred around the same time period have also been linked to "Leather Apron" (another nickname given to the murderer).

The Final Jack the Ripper Victim?

How did the Police Try to Catch Jack the Ripper?