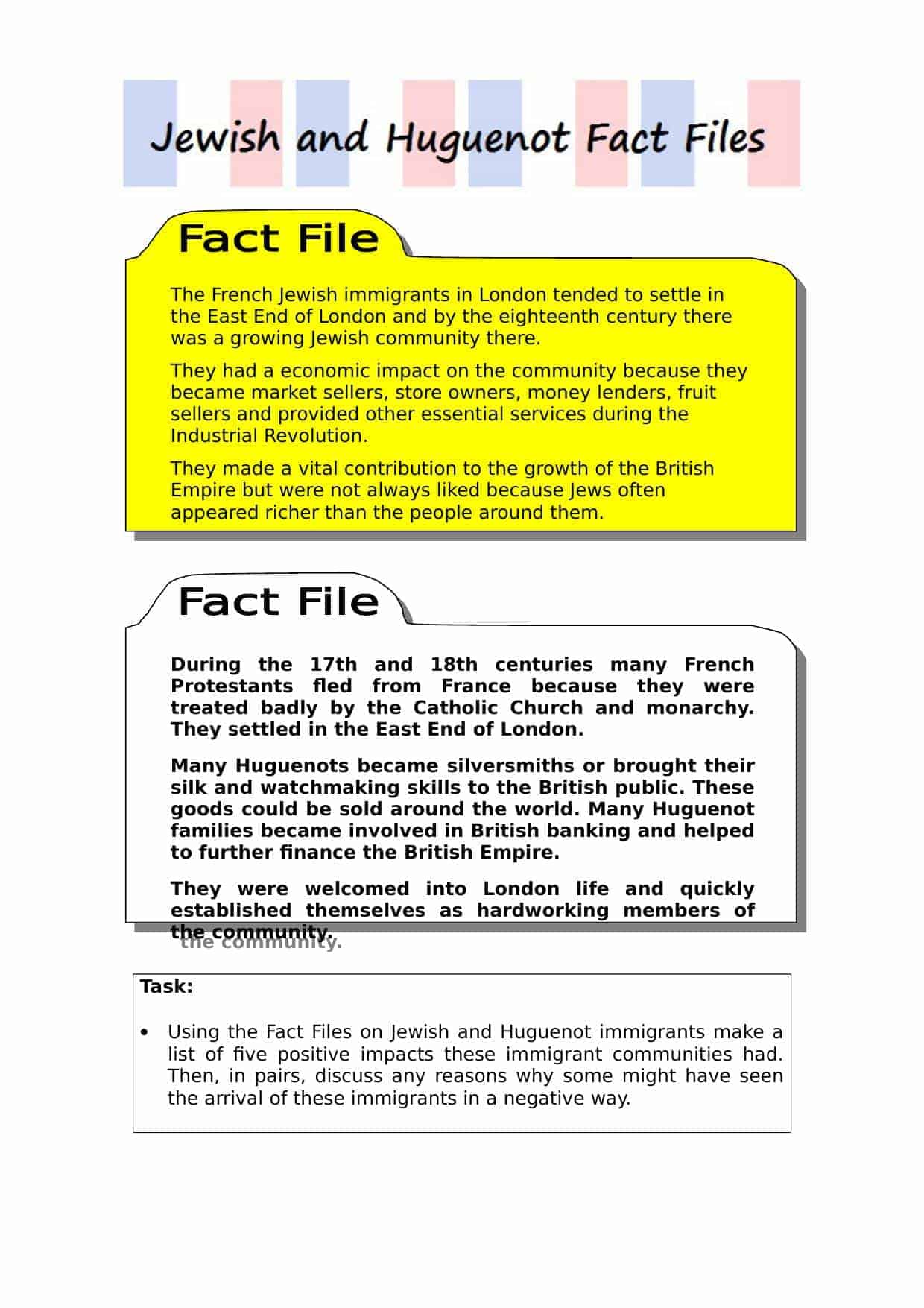 The French Jewish immigrants in London tended to settle in the East End of London and by the eighteenth century there was a growing Jewish community there.

They had a economic impact on the community because they became market sellers, store owners, money lenders, fruit sellers and provided other essential services during the Industrial Revolution.

During the 17th and 18th centuries many French Protestants fled from France because they were treated badly by the Catholic Church and monarchy. They settled in the East End of London.

Many Huguenots became silversmiths or brought their silk and watchmaking skills to the British public. These goods could be sold around the world. Many Huguenot families became involved in British banking and helped to further finance the British Empire.

They were welcomed into London life and quickly established themselves as hardworking members of the community.