Life as a Slave 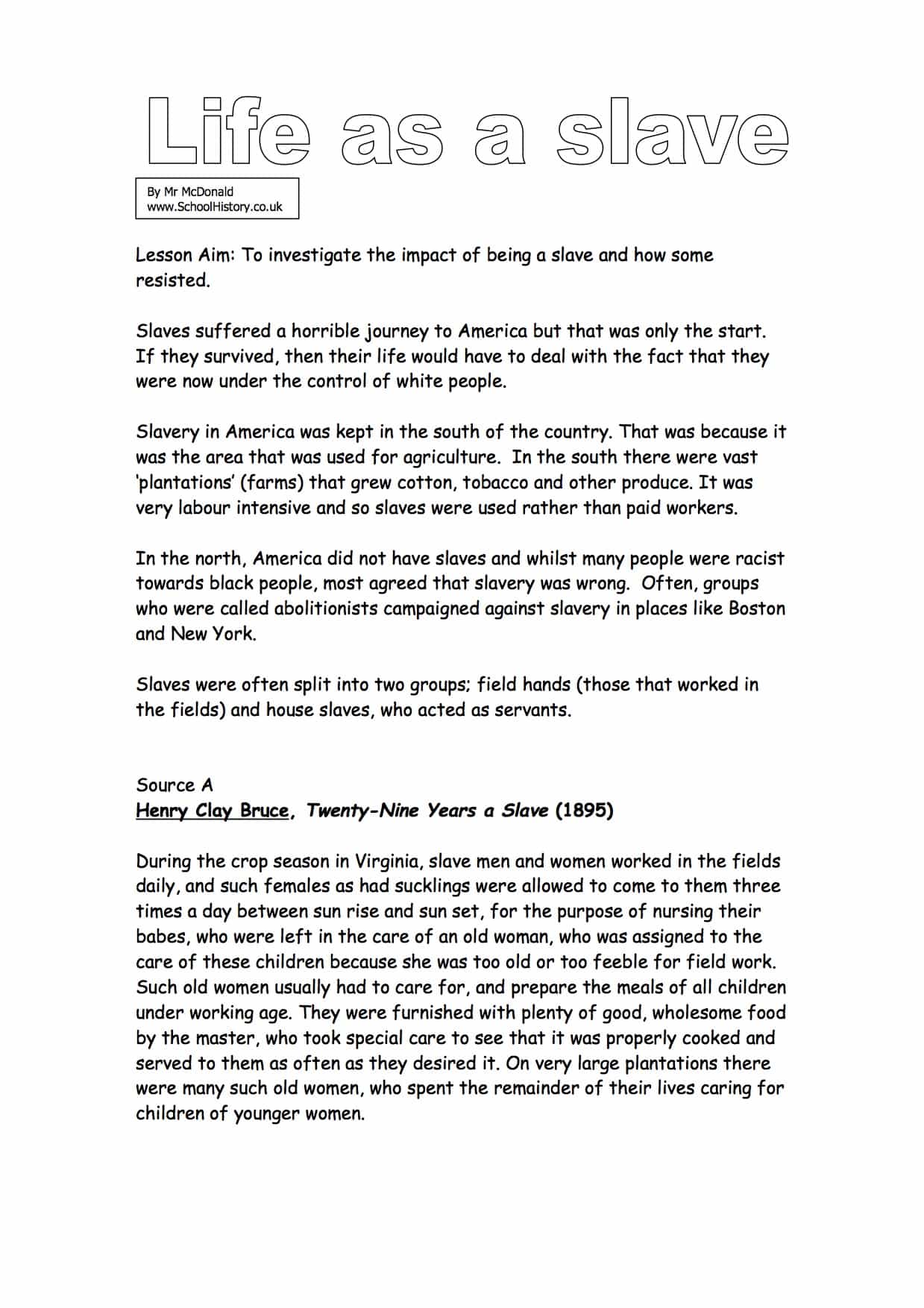 Slaves suffered a horrible journey to America but that was only the start. If they survived, then their life would have to deal with the fact that they were now under the control of white people.

Slavery in America was kept in the south of the country. That was because it was the area that was used for agriculture. In the south there were vast ‘plantations’ (farms) that grew cotton, tobacco and other produce. It was very labour intensive and so slaves were used rather than paid workers.

In the north, America did not have slaves and whilst many people were racist towards black people, most agreed that slavery was wrong. Often, groups who were called abolitionists campaigned against slavery in places like Boston and New York.

Slaves were often split into two groups; field hands (those that worked in the fields) and house slaves, who acted as servants.