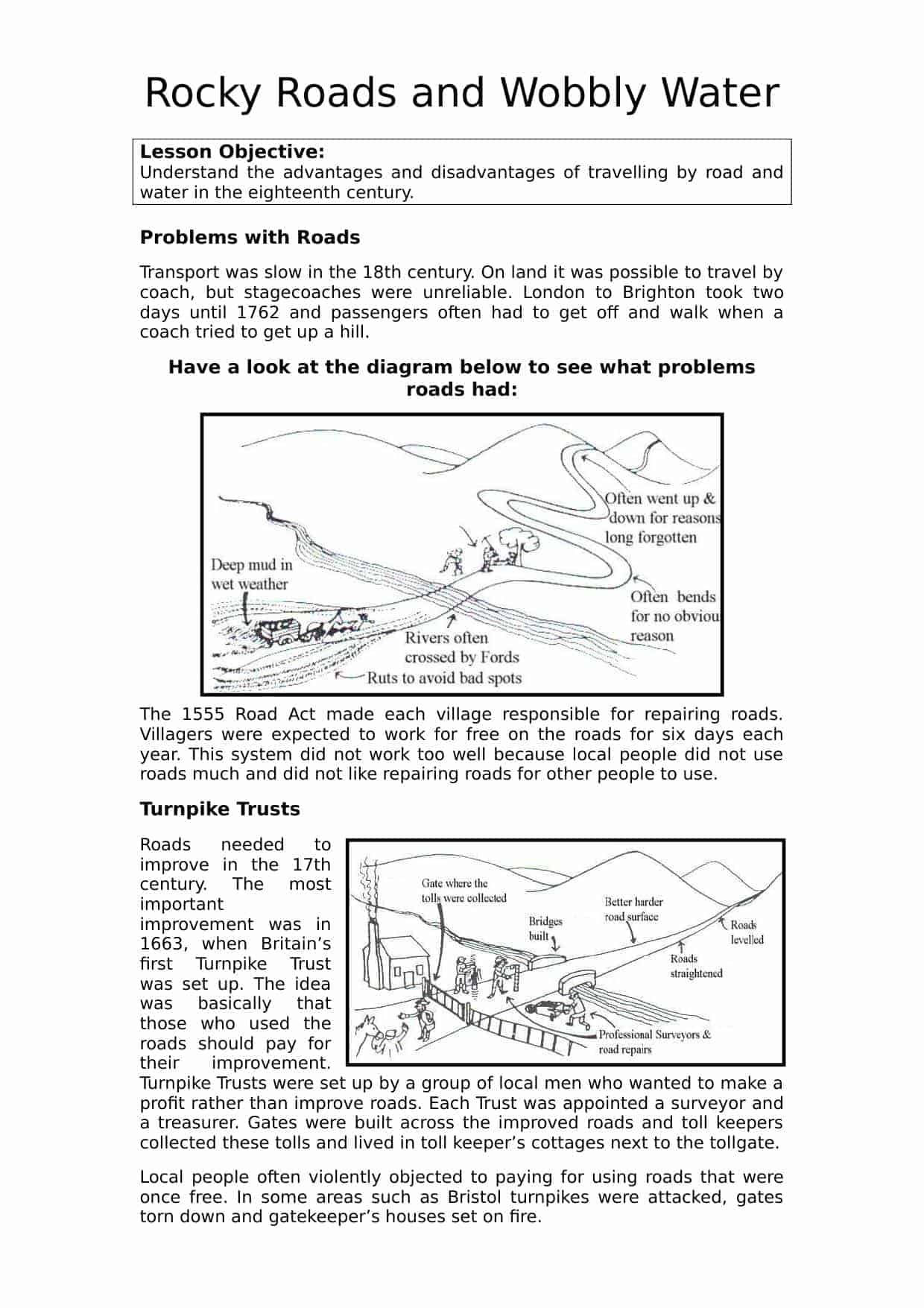 Understand the advantages and disadvantages of travelling by road and water in the eighteenth century.

Problems with Roads
Transport was slow in the 18th century. On land it was possible to travel by coach, but stagecoaches were unreliable. London to Brighton took two days until 1762 and passengers often had to get off and walk when a coach tried to get up a hill.

The 1555 Road Act made each village responsible for repairing roads. Villagers were expected to work for free on the roads for six days each year. This system did not work too well because local people did not use roads much and did not like repairing roads for other people to use.

Roads needed to improve in the 17th century. The most important improvement was in 1663, when Britain’s first Turnpike Trust was set up. The idea was basically that those who used the roads should pay for their improvement. Turnpike Trusts were set up by a group of local men who wanted to make a profit rather than improve roads. Each Trust was appointed a surveyor and a treasurer. Gates were built across the improved roads and toll keepers collected these tolls and lived in toll keeper’s cottages next to the tollgate.

Local people often violently objected to paying for using roads that were once free. In some areas such as Bristol turnpikes were attacked, gates torn down and gatekeeper’s houses set on fire.

The Duke of Bridgewater was the first to pay for a canal. He paid a man called James Brindley to build him a canal from his coalmine in Worsley to Manchester. By July 1761 boats were regularly taking coal to Manchester at 2p a cart. It had cost 8p a horse load before the canal was cut. Local factories bought coal in huge quantities. The workers in Manchester could buy cheaper coal for their fires. The Duke became a very rich man and others who wanted to try and copy his success followed his lead. Eventually canals connected most of the main cities and rivers. Canals connecting the main industrial centres were profitable and by the early 1800s some canal boats were beginning to take passengers. However, the canals could not compete with the new railways.