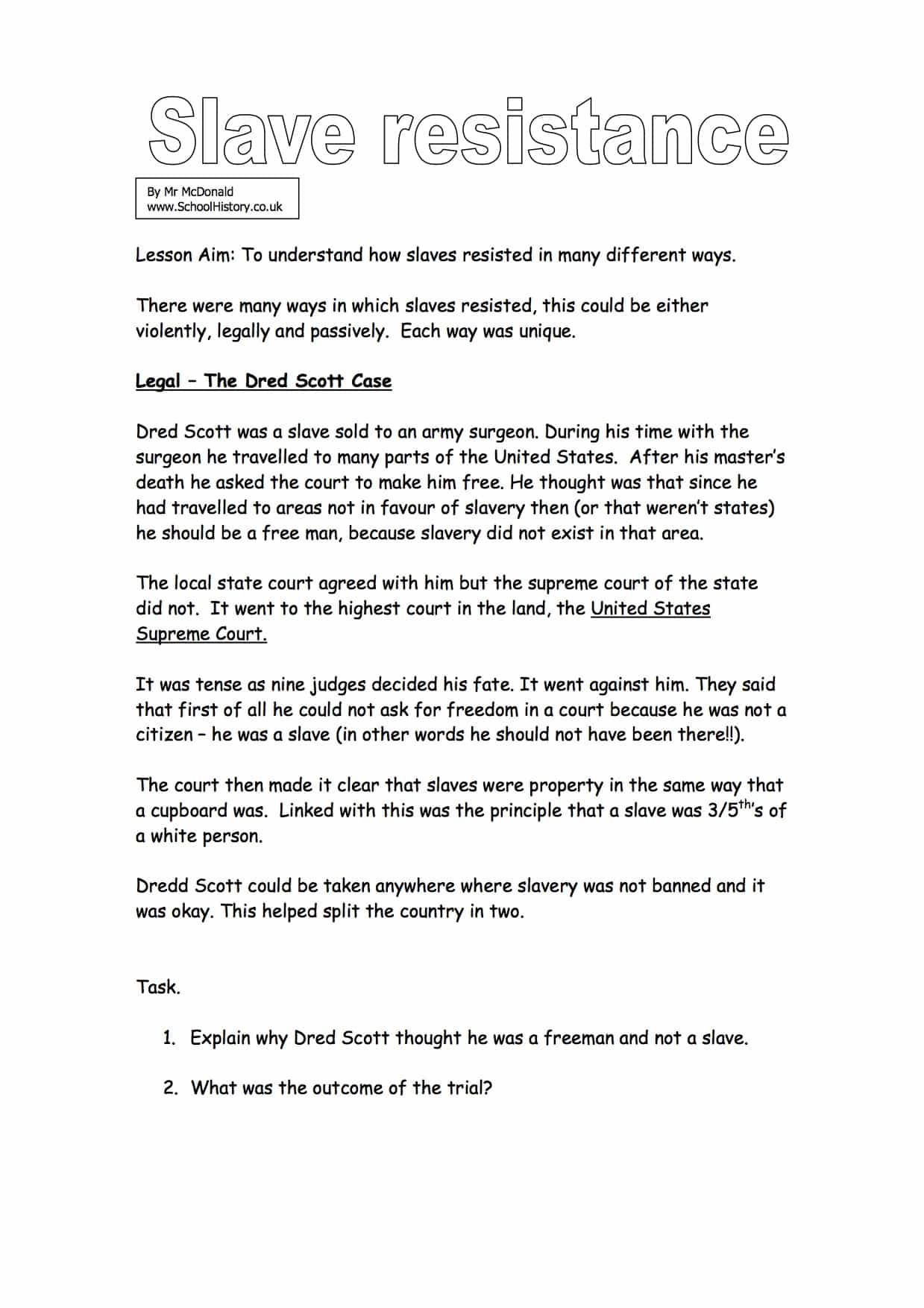 There were many ways in which slaves resisted, this could be either violently, legally and passively. Each way was unique.

Dred Scott was a slave sold to an army surgeon. During his time with the surgeon he travelled to many parts of the United States. After his master’s death he asked the court to make him free. He thought was that since he had travelled to areas not in favour of slavery then (or that weren’t states) he should be a free man, because slavery did not exist in that area.

The local state court agreed with him but the supreme court of the state did not. It went to the highest court in the land, the United States Supreme Court.

It was tense as nine judges decided his fate. It went against him. They said that first of all he could not ask for freedom in a court because he was not a citizen – he was a slave (in other words he should not have been there!!).

The court then made it clear that slaves were property in the same way that a cupboard was. Linked with this was the principle that a slave was 3/5th’s of a white person.

Dredd Scott could be taken anywhere where slavery was not banned and it was okay. This helped split the country in two.