Do you want to save dozens of hours in time? Get your evenings and weekends back? Be able to teach about the Slave Trade Act 1807 to your students? 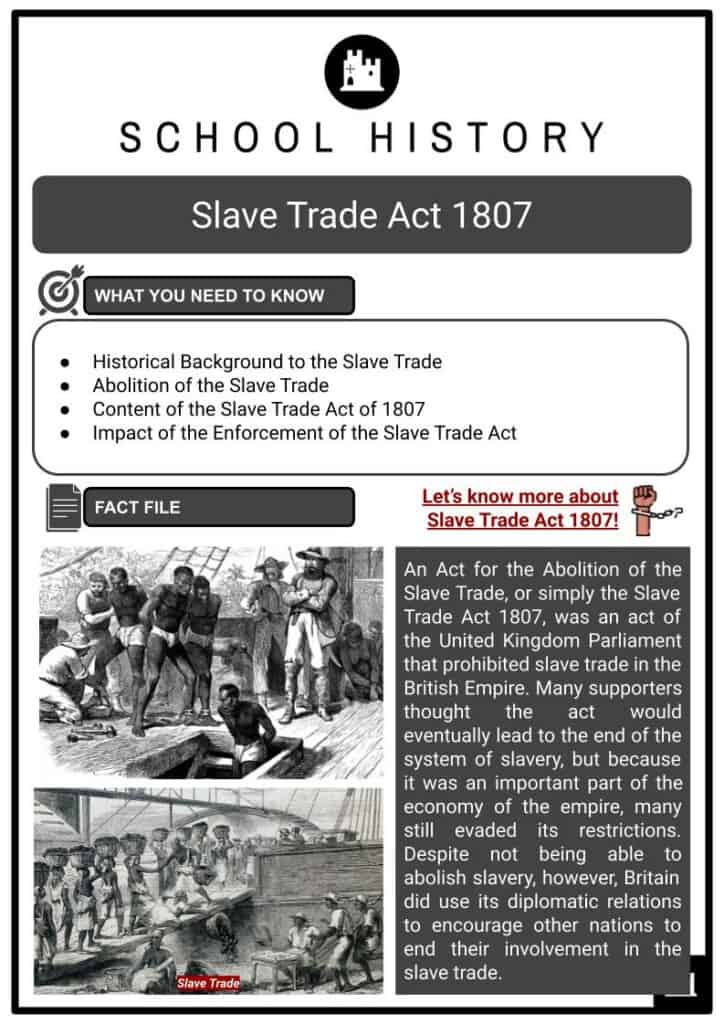 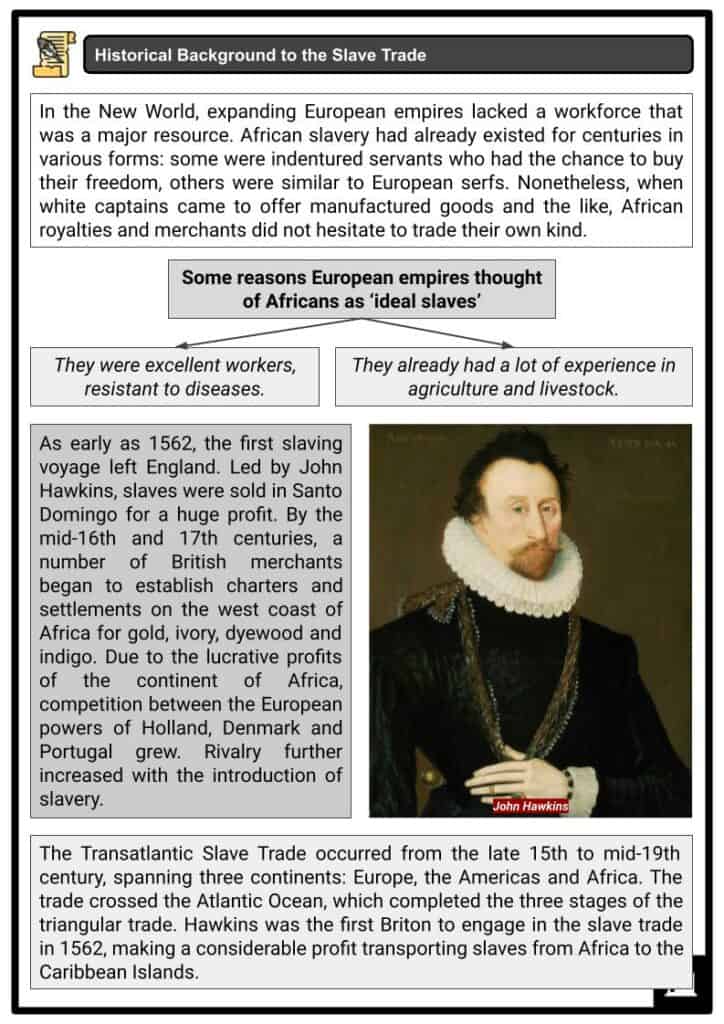 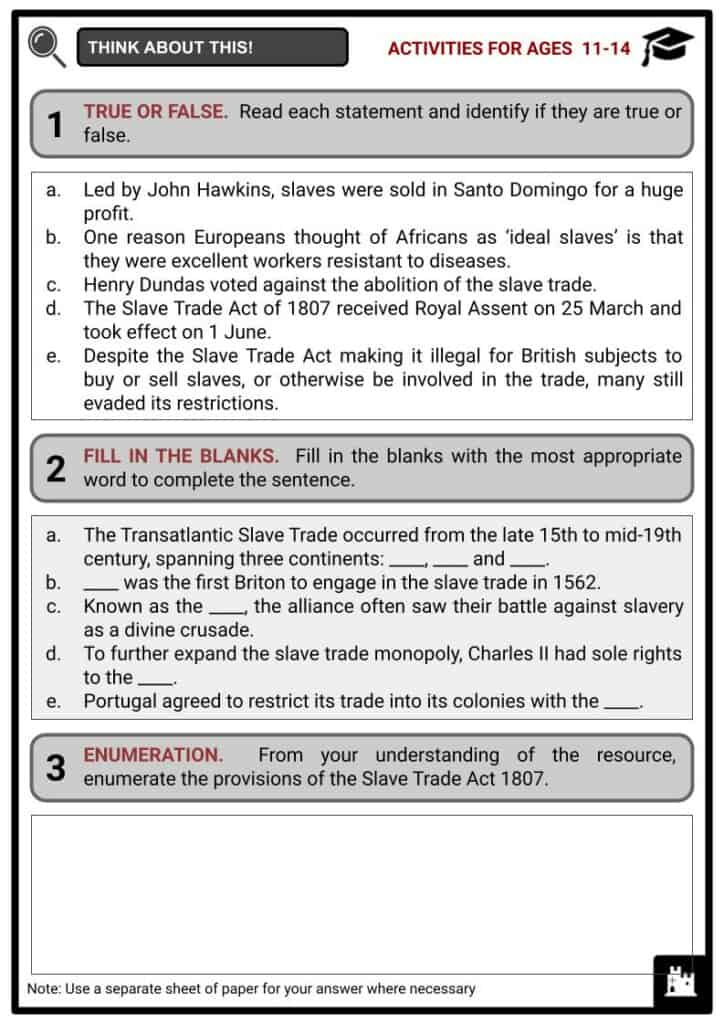 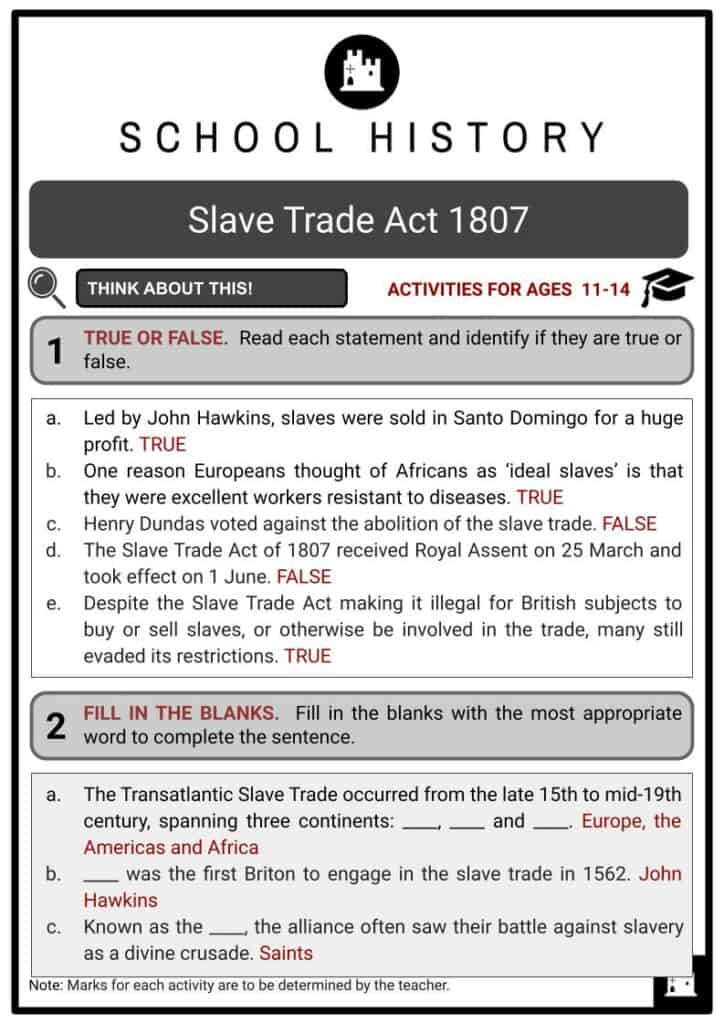 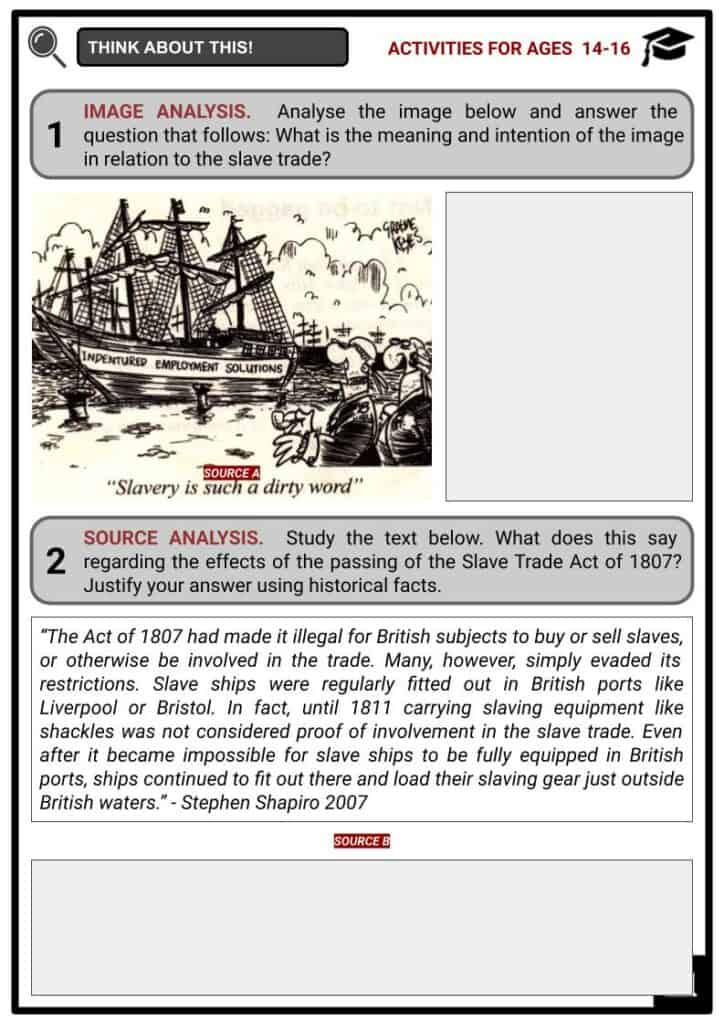 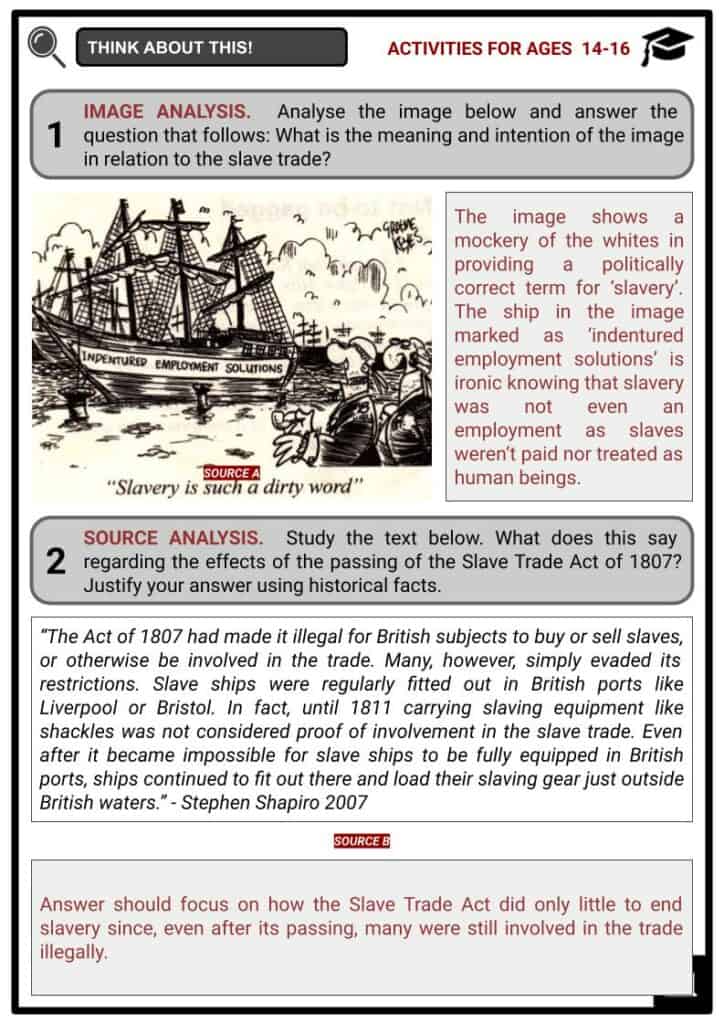 An Act for the Abolition of the Slave Trade, or simply the Slave Trade Act 1807, was an act of the United Kingdom Parliament that prohibited slave trade in the British Empire. Many supporters thought the act would eventually lead to the end of the system of slavery, but because it was an important part of the economy of the empire, many still evaded its restrictions. Despite not being able to abolish slavery, however, Britain did use its diplomatic relations to encourage other nations to end their involvement in the slave trade.

Historical Background to the Slave Trade

Abolition of the Slave Trade

Main provisions of the act:

Impact of the Enforcement of the Slave Trade Act

How did Britain use its diplomatic relations to encourage other nations to end their involvement in the slave trade?