Do you want to save dozens of hours in time? Get your evenings and weekends back? Be able to teach about The Great Exhibition (1851) to your students? 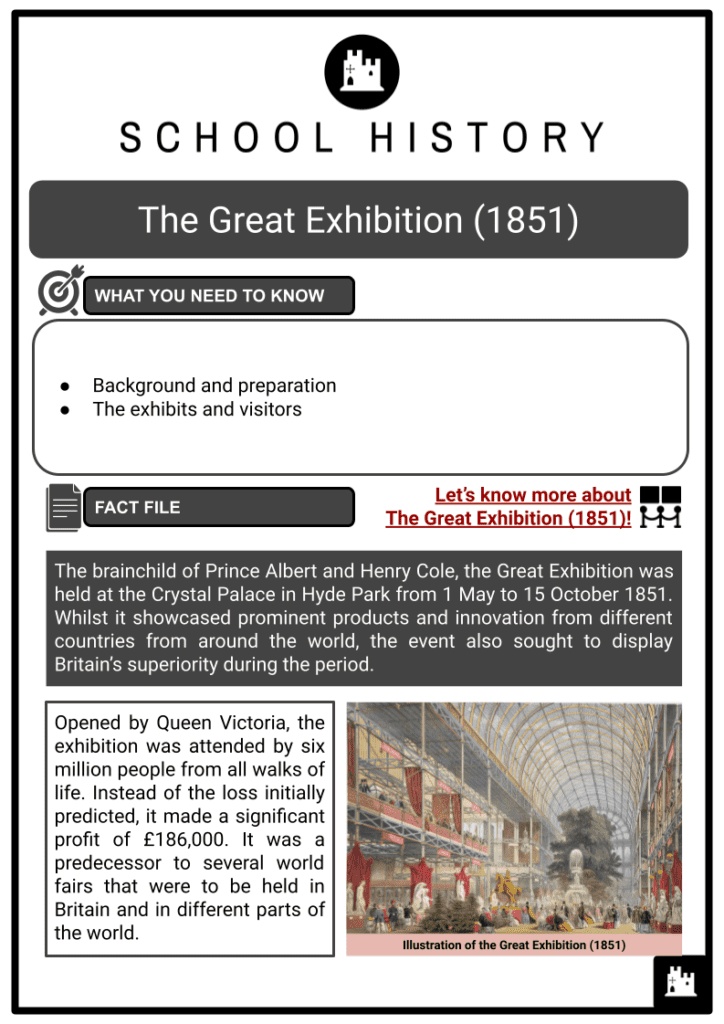 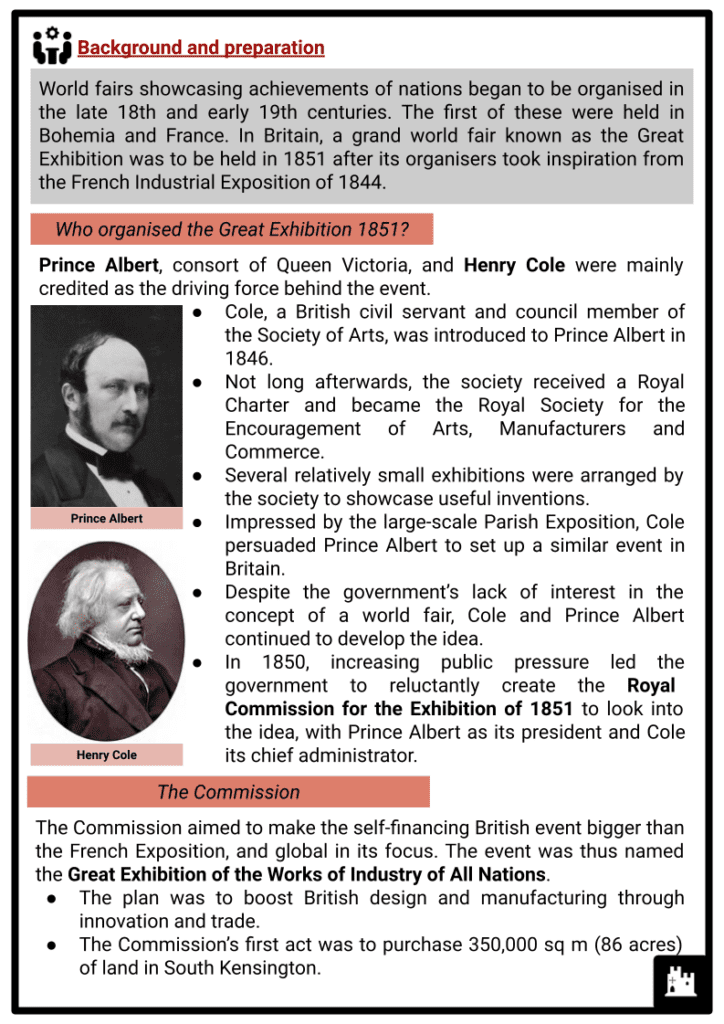 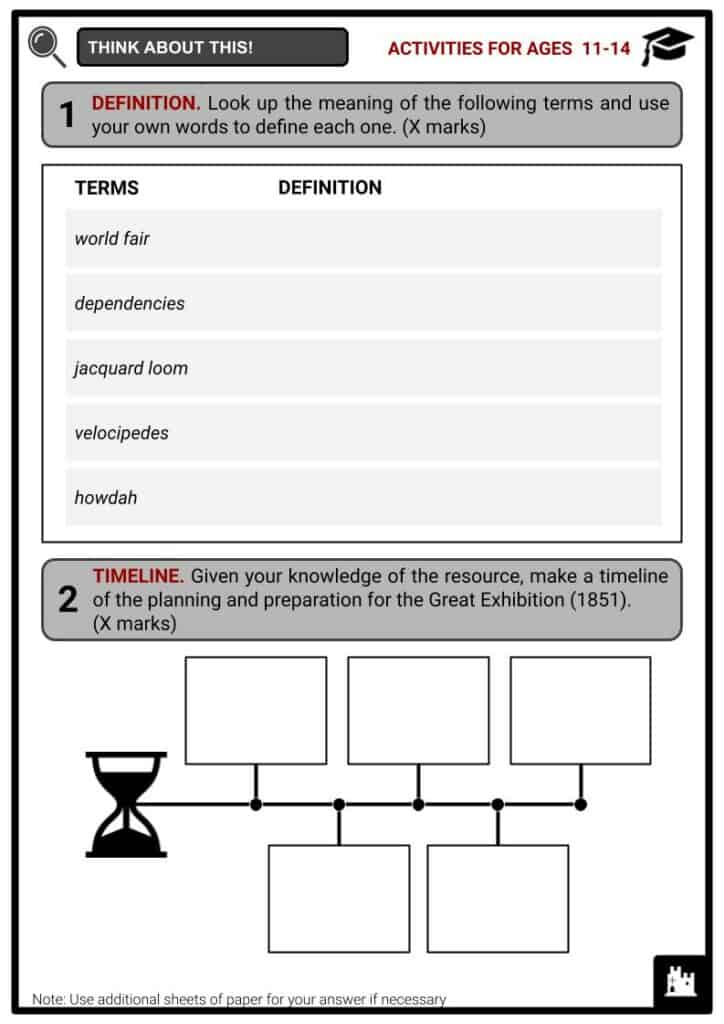 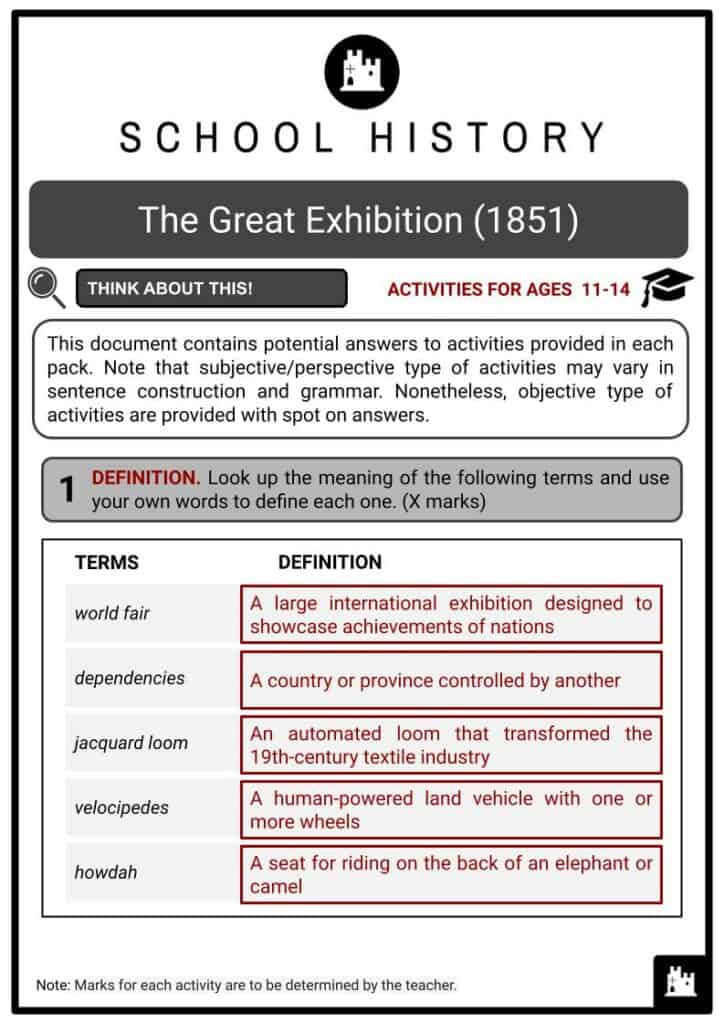 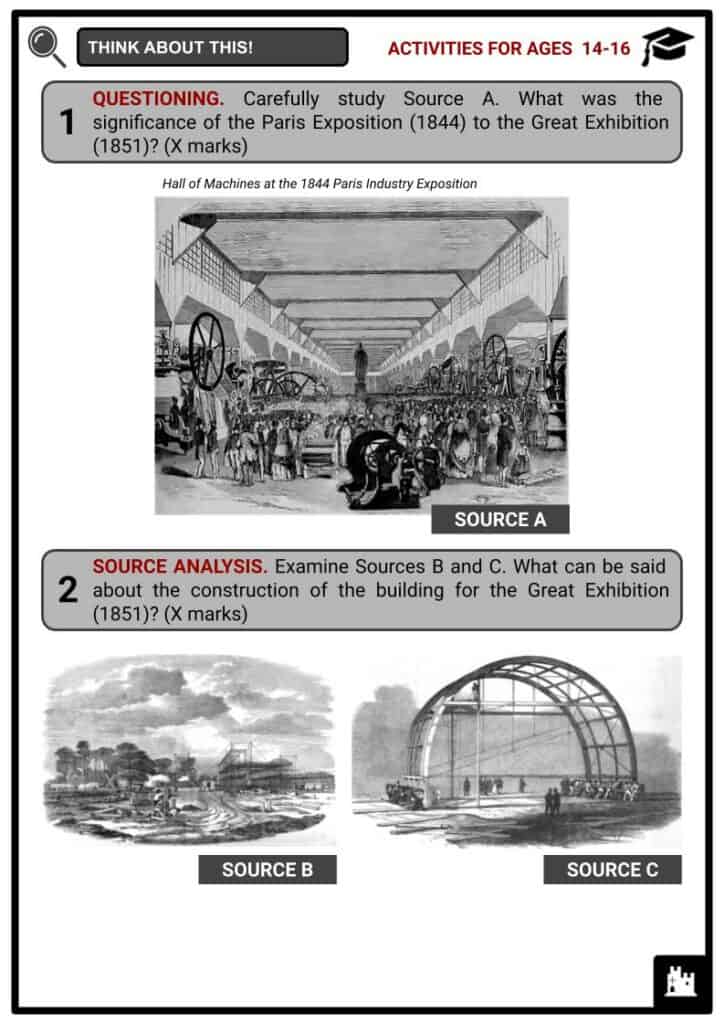 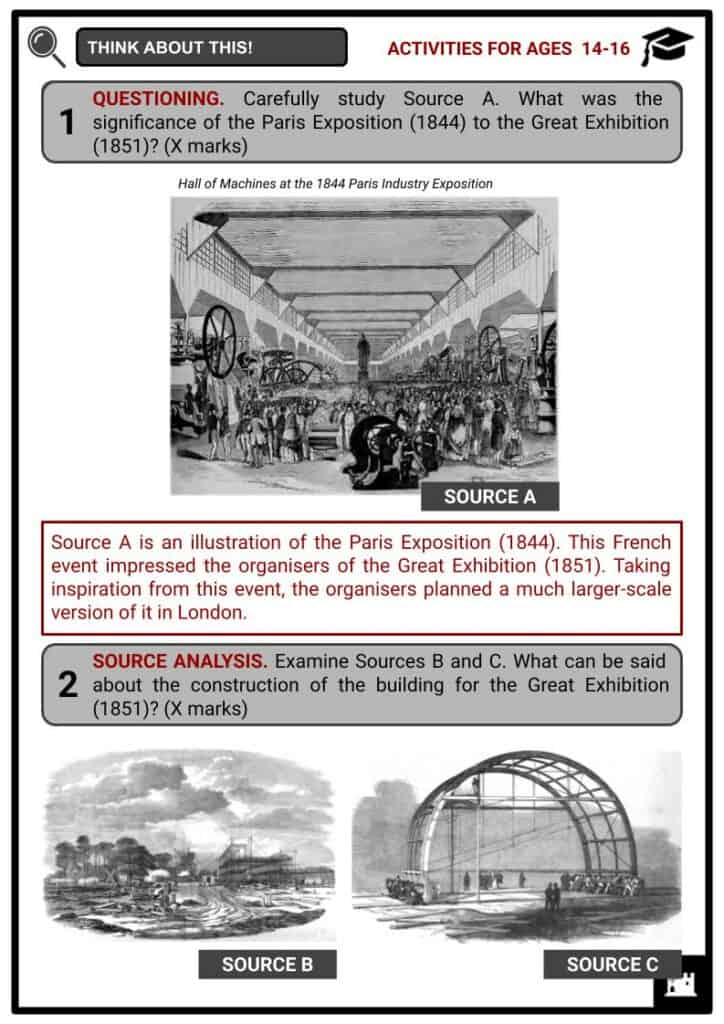 The brainchild of Prince Albert and Henry Cole, the Great Exhibition was held at the Crystal Palace in Hyde Park from 1 May to 15 October 1851. Whilst it showcased prominent products and innovations from different countries from around the world, the event also sought to display Britain’s superiority during the period.

Who organised the Great Exhibition 1851?

The exhibits and visitors

What were the exhibits?

The most popular attractions at the Great Exhibition 1851 were: